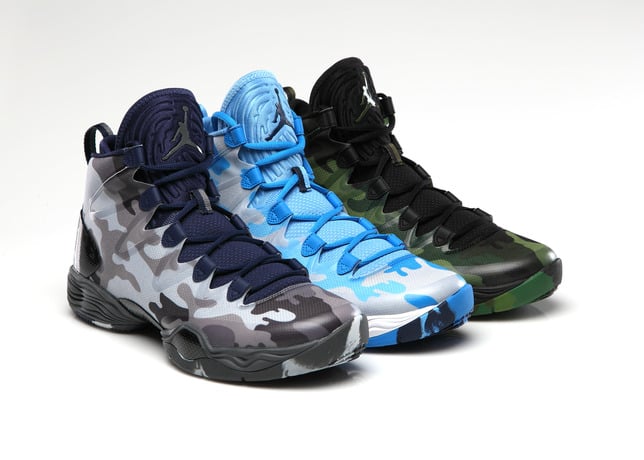 As previously shown, the Air Jordan XX8 (28) SE has begun to hit the scene is now available in an array of colorways that include “Black/White-Legion Green-Fortress Green“, “Dark Grey/White-Wolf Grey-Midnight Navy”, and “University Blue/White-Midnight Navy-Photo Blue“.

The AIR JORDAN XX8 SE features the same technological advances as its predecessor, but removes the shroud to give consumers a look at the technology on the upper. The upper, which features a full inner sleeve made of sandwich mesh enhancing ventilation and reducing irritation, provides an aggressive aesthetic for the games most dynamic athletes.

The AIR JORDAN XX8 SE continues the legacy of the Jordan Flight Plate technology which includes a Pebax® moderator plate that maximizes the responsiveness of the Nike Zoom units through compression and deflection for optimal performance. Jordan Flight Plate unlocks the airbags in the forefoot and heel, unleashing the power of the Zoom bags.

The AIR JORDAN XX8 SE will be provided to Jordan Brand athlete Russell Westbrook when he makes his return to the court during the 2013-14 professional basketball season. Jordan Brand’s collegiate men’s basketball partners—University of North Carolina, Georgetown University, Marquette University and Cal Berkley—will also have the option of wearing the AIR JORDAN XX8 SE during their upcoming season.

The retail versions of the AIR JORDAN XX8 SE, featuring an all-over camouflage pattern, will hit stores on Oct. 11. The retail colorways will consist of a traditional green-based camo, a navy and gray camo (inspired by the colors of the Georgetown Hoyas), and a university blue and white camo (inspired by the North Carolina Tar Heels).

Additionally, a royal blue, orange and yellow camo (inspired by Russell Westbrook) version will be available nationwide on Wednesday, Oct. 23.

AIR JORDAN XX8 SE’s will be available at nike.com for a suggested retail price of $150. 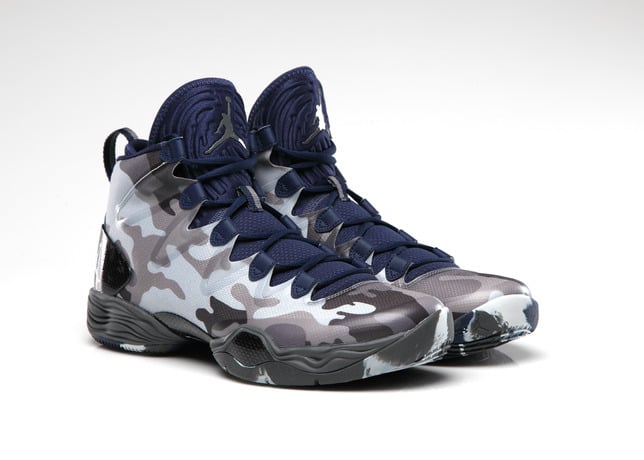 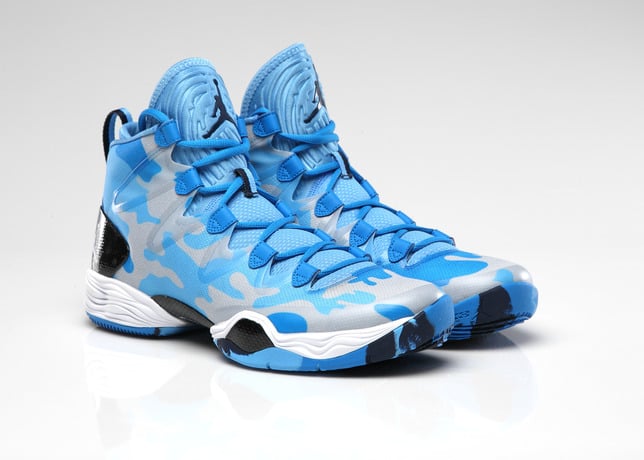 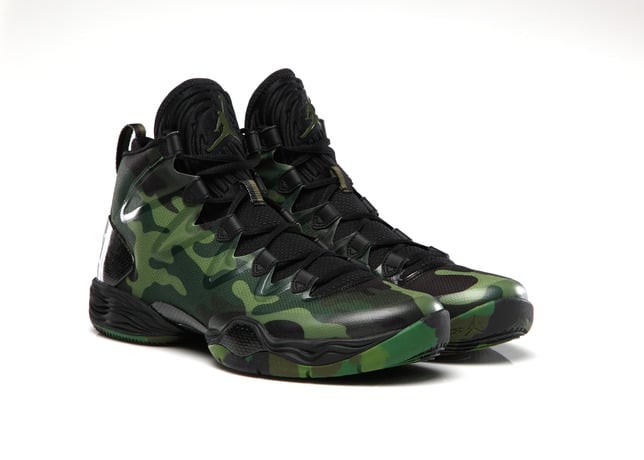