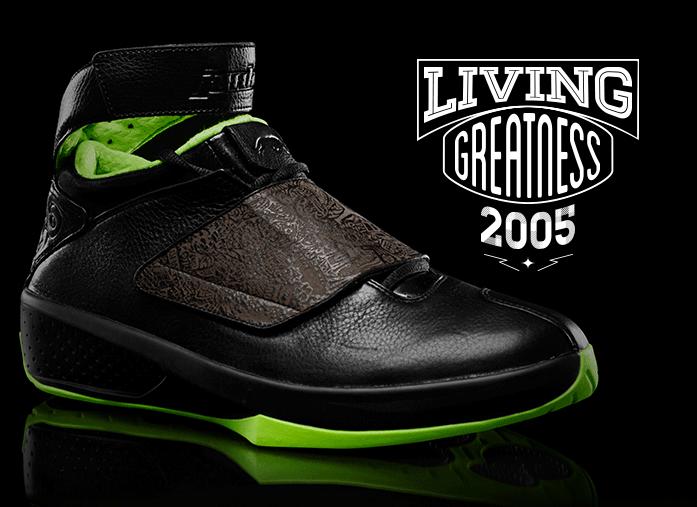 Unlike any other Air Jordan silhouette, the Air Jordan XX (20) hit the scene back in 2005 as something very different in terms of design and technology following Michael Jordan’s final retirement. “Welcome to the Future” is what Jordan Brand called it. This signature sneaker was the first of its kind to feature individual pods that supported key areas of the foot, a laser etched midfoot strap that revealed numerous representing different stages in MJ’s and AJ’s life, plus other bonuses like a rubber outsole with traction grooves inspired by motorcycle tires.

Share your Air Jordan XX (20) stories in our comment section below and stay tuned for more Air Jordan XX8 (28) Days of Flight coverage headed your way tomorrow and as always get involved online through ajxx8 and @Jumpman23 on Twitter.