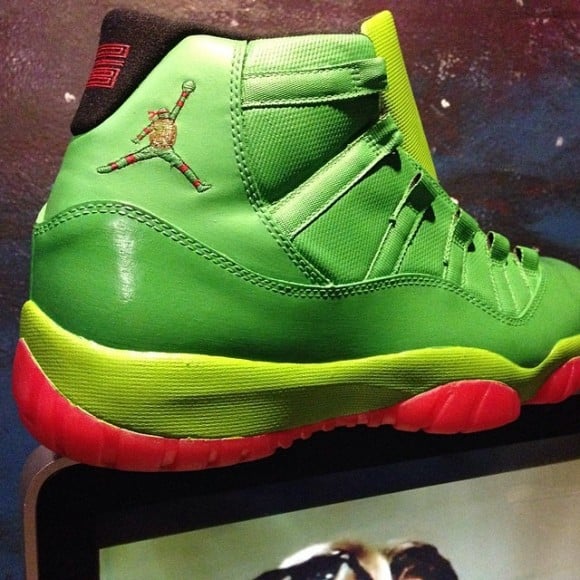 Children of the ’80s are going crazy with the news about Michael Bay taking on the Teenage Mutant Ninja Turtles in a new live-action film this fall. What could be more exciting than seeing your favorite childhood heroes, alongside Megan Fox as April O’Neil? Maybe a new pair of customs Jays from Future Kicks could top that!

The Air Jordan XI (11) “Raphael -TMNT” customs by Future Kicks are lime green all over the uppers, with a varsity red taking over the curvy outsoles. The shades of green are perfect for these AJ11s, and correlate with the old school animated series much more than the newer, more life/mutant-like turtles. The midsole appears in a lighter shade of green than the patent leather on the uppers that sit just above it. But the real kicker to these shoes are the Jumpman logos that have been recreated to resemble a flying Raphael, complete with red accessories.

What do guys think of the “Raphael -TMNT” customs by Future Kicks? He completely overhauled a pair of Air Jordan 11 Breds, and chose to focus in on Raphael (he’s the one with the red props, FYI). Maybe we’ll see more editions of this TMNT theme in the future! More pics below! 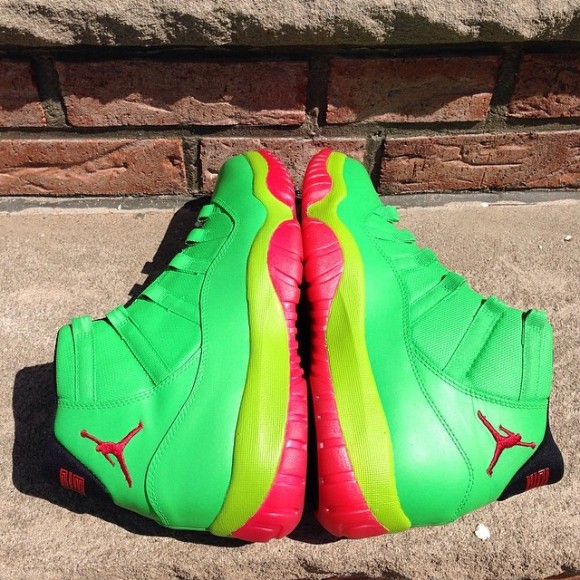 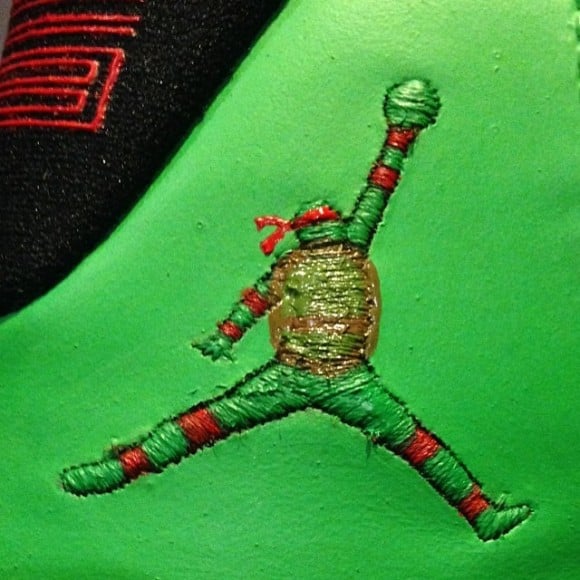 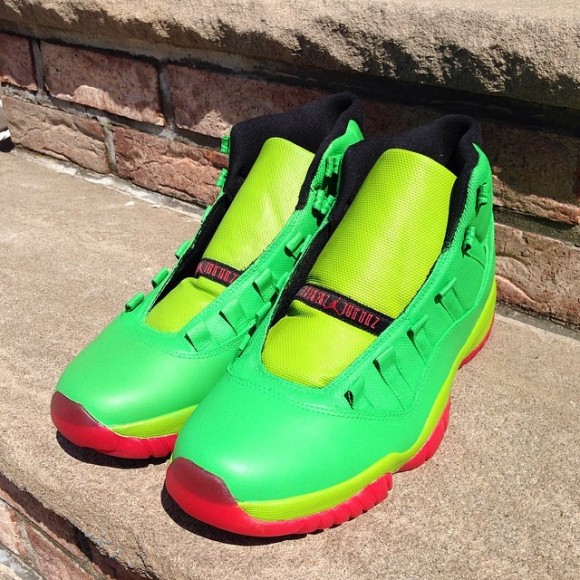 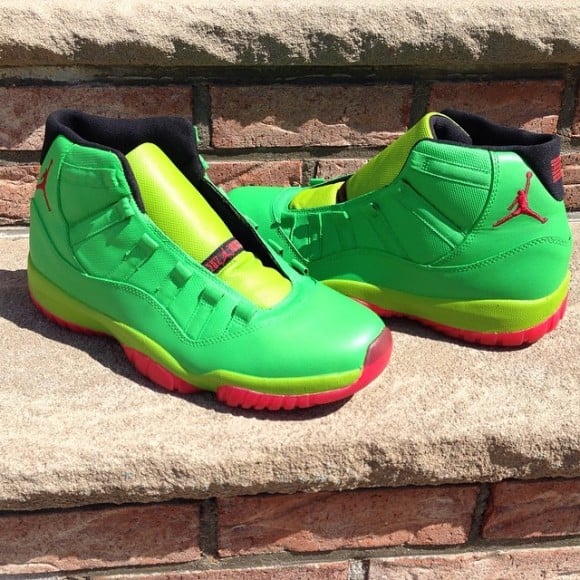