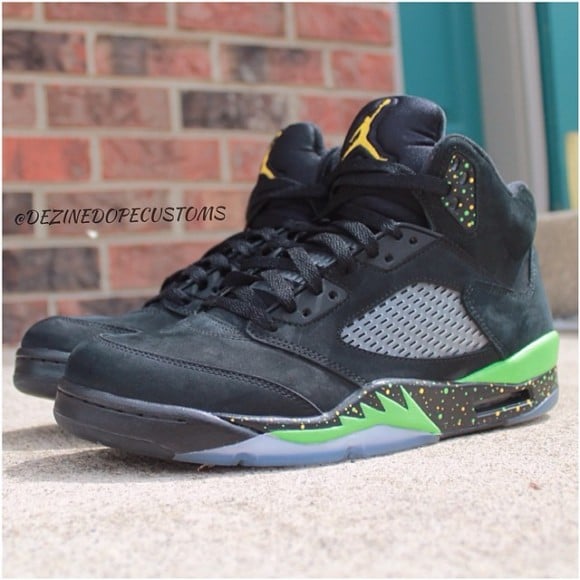 The interwebs has been going crazy over news about the Air Jordan VI (6) “World Cup,” many still waiting on a release date. It seems very likely that these shoes will see the light of day, what with the actual FIFA World Cup tenatively scheduled to kick off in mid June. Some people can’t wait for these babies to hit shelves, and artist collective, Dezine Dope Customs, is already hopping on this theme for a new project!

The Air Jordan V (5) “World Cup” customs by Dezine Dope Customs have black suede on the uppers with mint and yellow accents throughout the entire shoe. The accents are what carry these shoes, with yellow speckled all over the shiny black midsole, and decorating the top of the lacing. Mint green highlights the shark teeth ridges on the midsole, and the mudguard that crosses along the rear of the heel. The uppers are kept pretty simple, with the netting on the midfoot panel and tongue arriving in an icy white, which coordinates with the outsole present on the bottom. The Jumpman and branding continue the use of yellow on the heel panel and tongues.

These kicks are pretty dead on when it comes to matching the AJ6 “World Cup” shoes with details, but with the unique design of the Air Jordan V, the colorway is totally transformed. What do you think of these AJ5 “World Cup” customs, by Dezine Dope Customs? Do they rival the rumored AJ6 “World Cup” shoes at all? Hit us up in the comments! 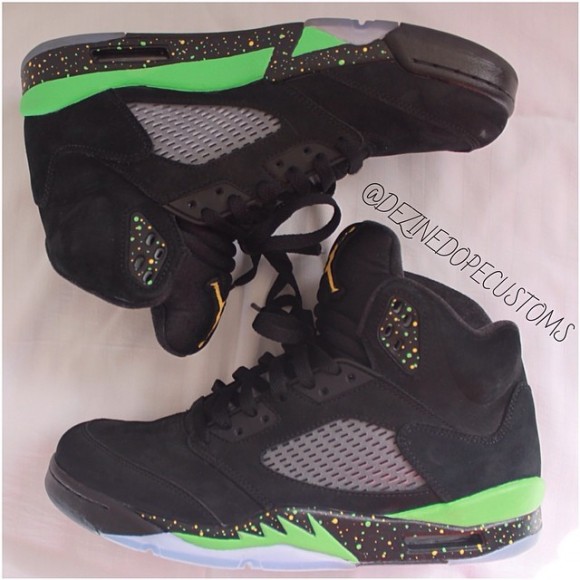 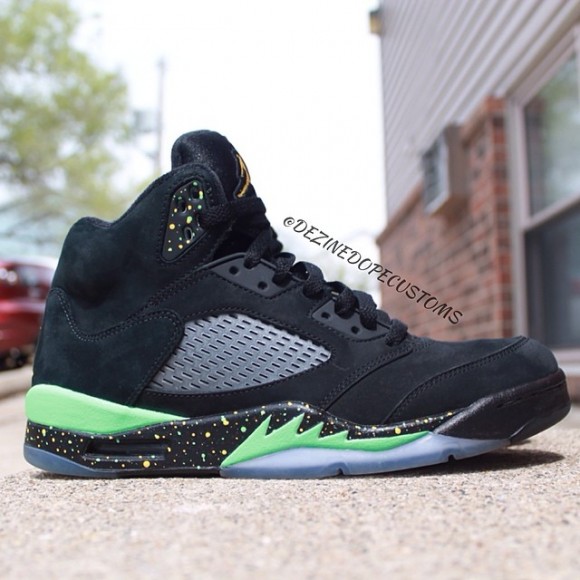 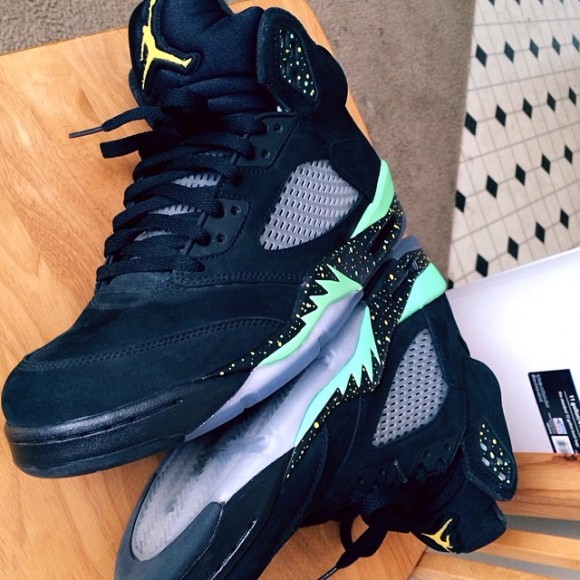 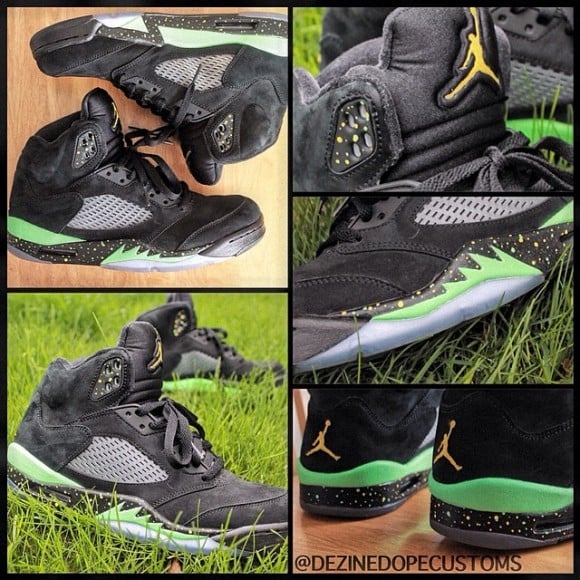 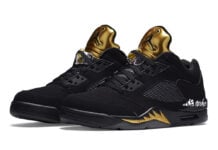 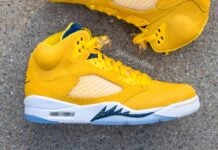 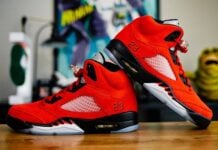