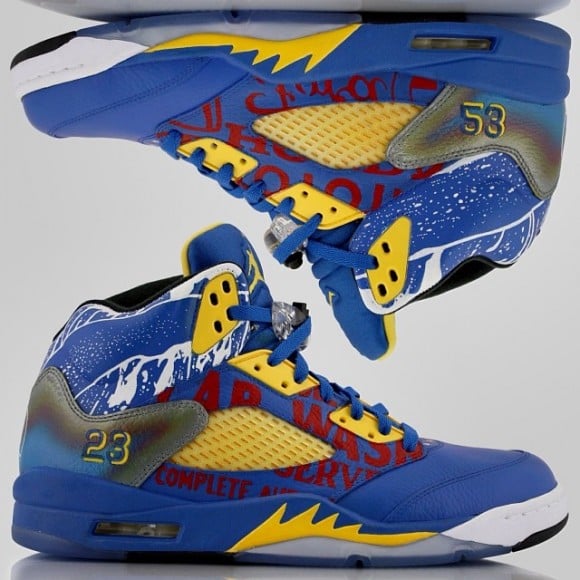 With Eastbay doing their major Jordan Brand restock tomorrow, expect to see a massive wave of your friends rocking the retro sneakers. But it’ll be clear who the real ballers are when you notice who in your circle doesn’t even rock the general release kicks- they’re stepping out in some customs! Making a return to the pages of Sneakerfiles today, is Revive Customs with a new pair of AJ5 shoes. The Air Jordan V (5) “Super Whip” customs by Revive Customs are mostly blue all over the shoe, with yellow and white accents. Yellow highlights the shark teeth molding in the soles, lace eyelets, and the midfoot mesh panel, as well as the branding on the tongues. Red comes into play on the midfoot paneling, as well, in a large text graphic. At the top of the chunky uppers of the Jordan 5’s, is a white foam graphic, representing water and soap suds to complete these Super Whip Js! I am in love with these Revive Customs kicks! Awesome job! What do you think of them- yay or nay? 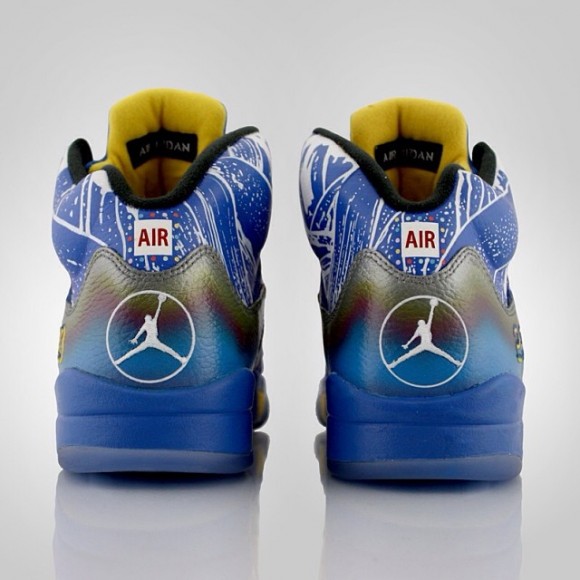