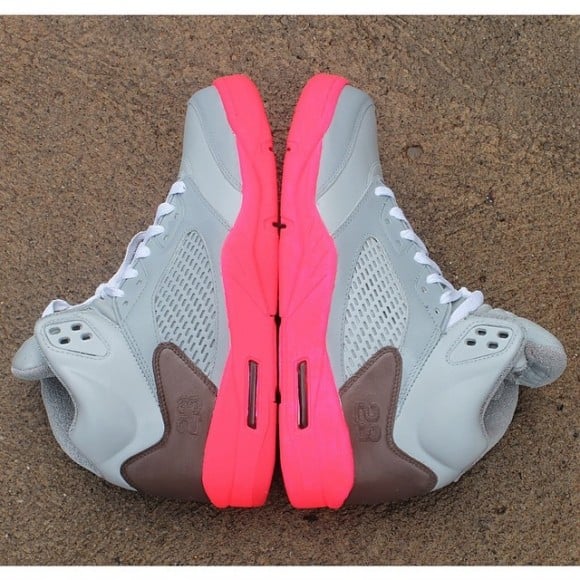 Killa Cam’ might be notorious for his signature pink duds, but let’s be real, Yeezy taught sneakerheads how to rock pink when he hit the mainstream hip hop scene nearly 10 years ago. Remember the Kanye West x Louis Vuitton footwear that dropped a while back? Now, remember the Jasper edition shoes? Never has such a bold shade of pink been used for men’s footwear, and we’re still seeing the use of the color in many shoes releasing today. Hippie Neal, of Refresh PGH out of Pittsburgh, is reviving the Jasper theme, with a new custom creation.

The Air Jordan V (5) “LV Jasper” customs by Hippie Neal are dominated by grey on the uppers with a mocha brown leather heel guard, and bubble gum outsoles. The shoes are very simple, and have the same color blocking scheme as the original KW x LV Jasper shoes, but it’s the touch of luxury that is transmitted through these kicks that make them so attractive. The branding appears in an identical grey found all over the uppers, further carrying the minimal and simple appeal of these shoes.

How do you think these customs hold up to the original KW x LV Jaspers? IMO, I think Hippie Neal did an awesome job with this theme! There’s no denying that these shoes well designed, and are well balanced with the tones used throughout them. Let us know what you think in the comments below! 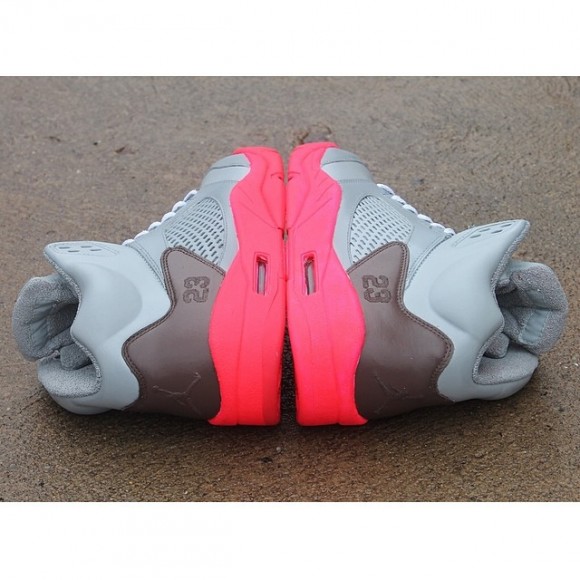 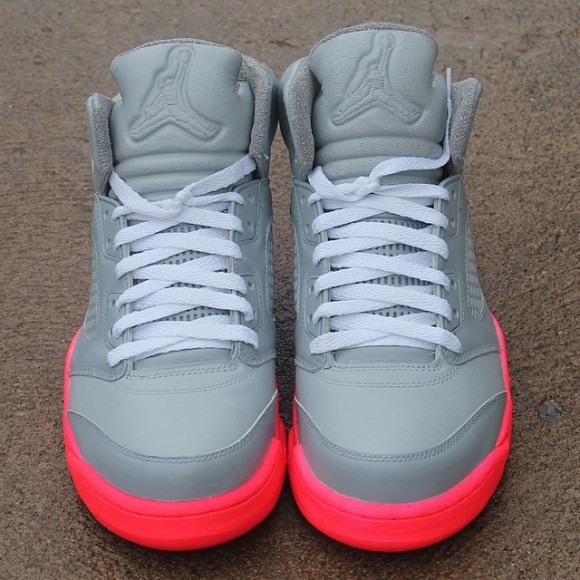 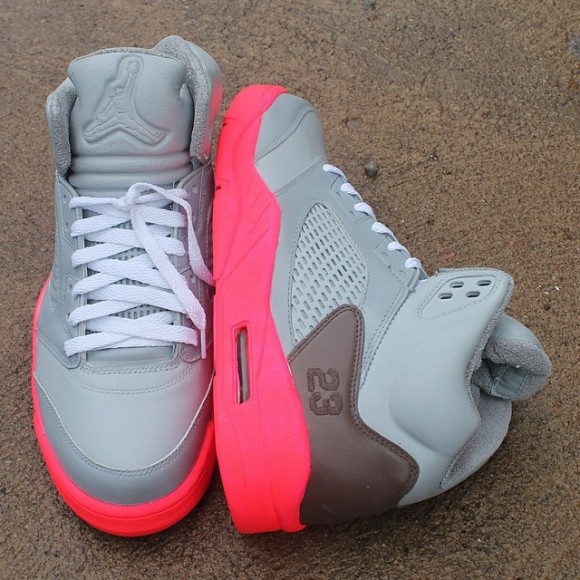 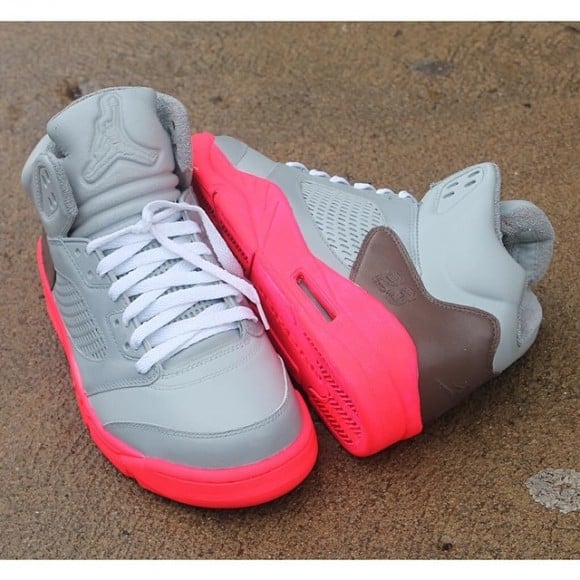