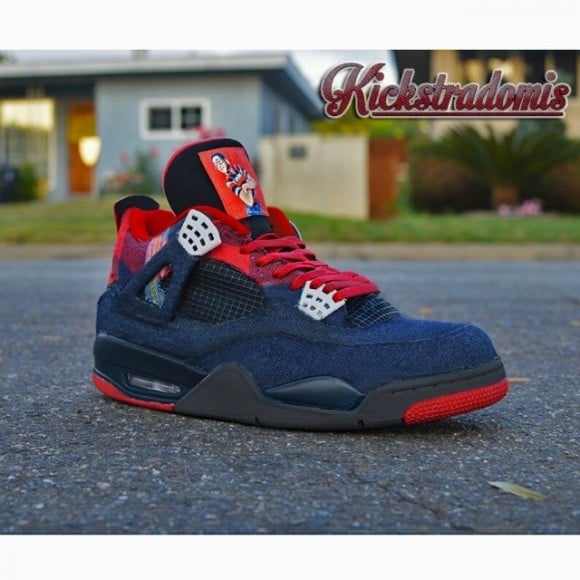 Steve Urkel is one of television’s most notorious sitcom characters, with his endless social faux pas and failed attempts with the ladies. But don’t feel too bad for Urkel, he’s got his own pair of custom kicks, courtesy of Artistic Soles team member, Kickstradomis. The Air Jordan IV (4) “Urkel” customs by Kickstradomis puts denim and red plaid together on the uppers, and further red accenting throughout the whole shoe. The majority of the uppers are made of a dark indigo denim, with a red and black plaid sitting on the tops of the shoe, on the rear. Red continues to show up on the lacing on parts of the black outsole. A custom portrait of Urkel is stitched on the tongues where Jordan branding is usually located, while the Jumpman on the heel guards of the shoe has been altered to resemble the suspender-rocking nerd. These Kickstradomis customs pack a punch of nostalgia for all of those who grew up in the ’90s! These shoes would make you walk in a room like “Did I do thaaaat?” More pics below! 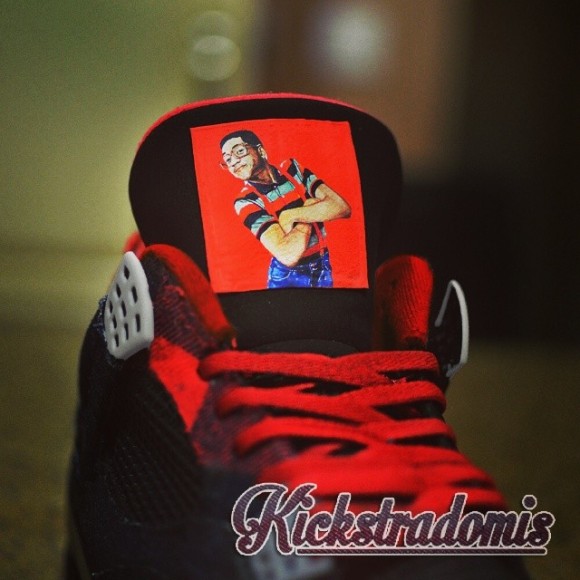 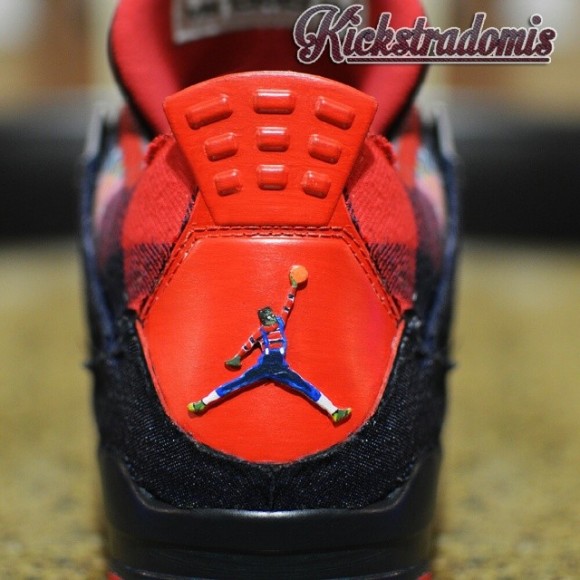