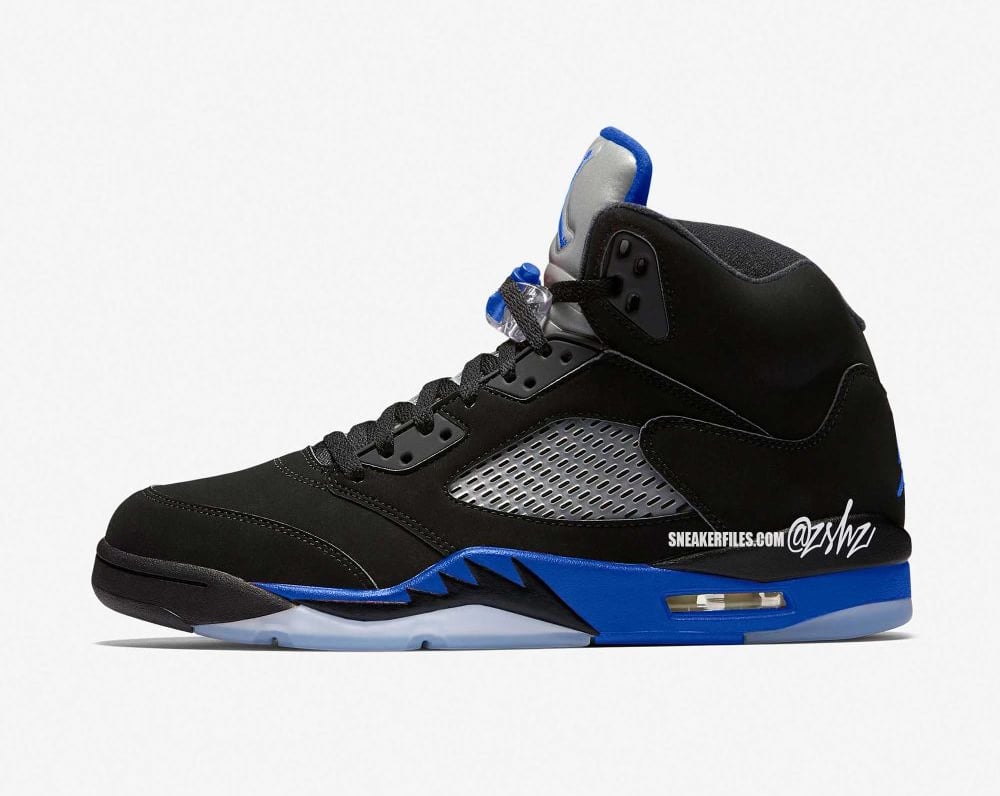 The Air Jordan 5 ‘Racer Blue’ is a brand new colorway that combines a few shades for a clean theme and will launch at retailers during February 2022.

Although some may consider this a stretch, the simple color blocking reminds us of the Air Jordan 5 ‘Black Metallic’ that originally launched in 1990. The biggest change for the ‘Racer Blue’ rendition is the addition of Blue.

This Air Jordan 5 features a Black, Racer Blue, and Reflective Silver color combination. Although the image is a mock-up, it’s an accurate representation of what’s releasing. First, we have Black nubuck across the upper that also hits the liner and hinted on the midsole. Next, Racer Blue adorns the Jumpman on the tongue, inside of the tongue, lace lock, most of the midsole, and Jumpman on the heel. Highlighting the pair, we have Silver on the tongue with a 3M finish while translucent mesh covers the panels and runs down the tongue. Lastly, a translucent icy Blue outsole finishes the look.

You can expect the Air Jordan 5 ‘Racer Blue’ to release at select retailers and Nike.com on February 12th, 2022. The retail price is $190. A first look at this pair will leak later on this year.

The image used is an accurate mock-up in collaboration with zsneakerheadz.