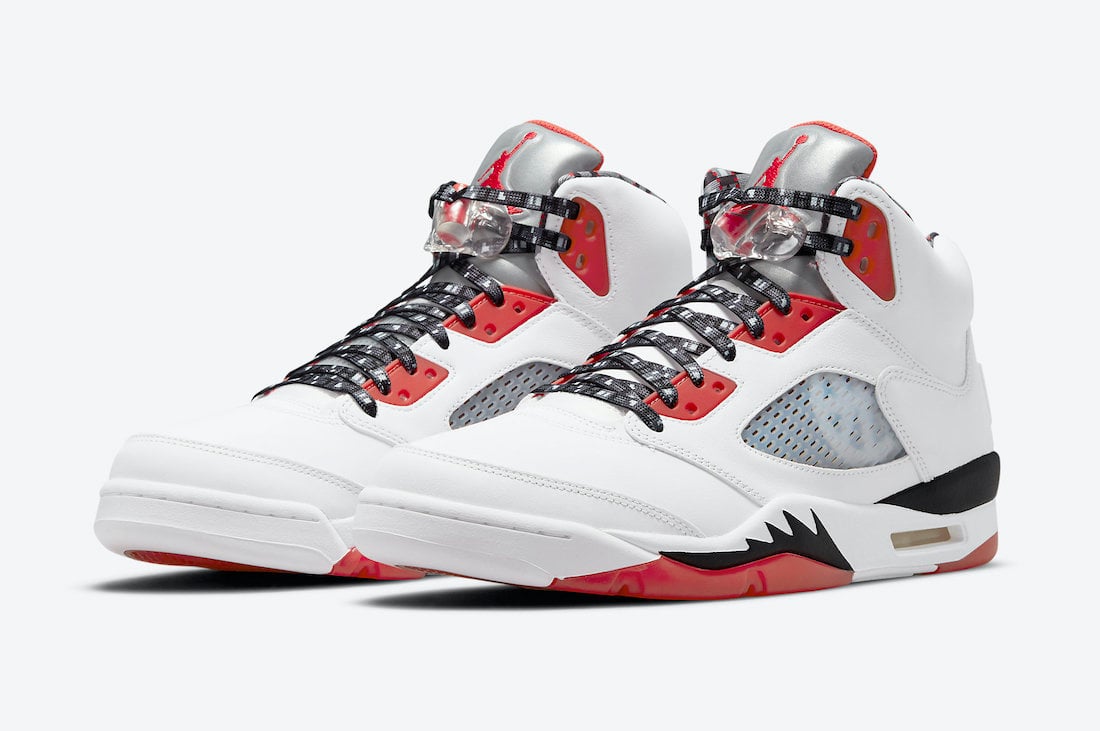 The Air Jordan 5 ‘Quai 54’ released back in 2011 and the pair celebrated the Quai 54 Streetball tournament. For 2021, Jordan Brand will release another Air Jordan 5 which will have a completely new look.

This Air Jordan 5 comes dressed in a White, University Red, and Black color combination. Looking closer, we have White leather across the upper with geometric prints that are inspired by traditional African design and Parisian haute couture elements which adorn the laces, liner, and insole. Standing out, we have the Quai 54 logo underneath the translucent mesh netting on the panels and heel. 3M reflective appears on the tongue and Red covers the Jumpman branding and eyelets. Finally, a White and Red rubber sole finishes the look.

You can expect the Air Jordan 5 ‘Quai 54’ to release at select retailers and Nike.com on July 10th. As soon as we have more information, we will make sure to update you. For now, scroll below for additional images that will give you a closer look. 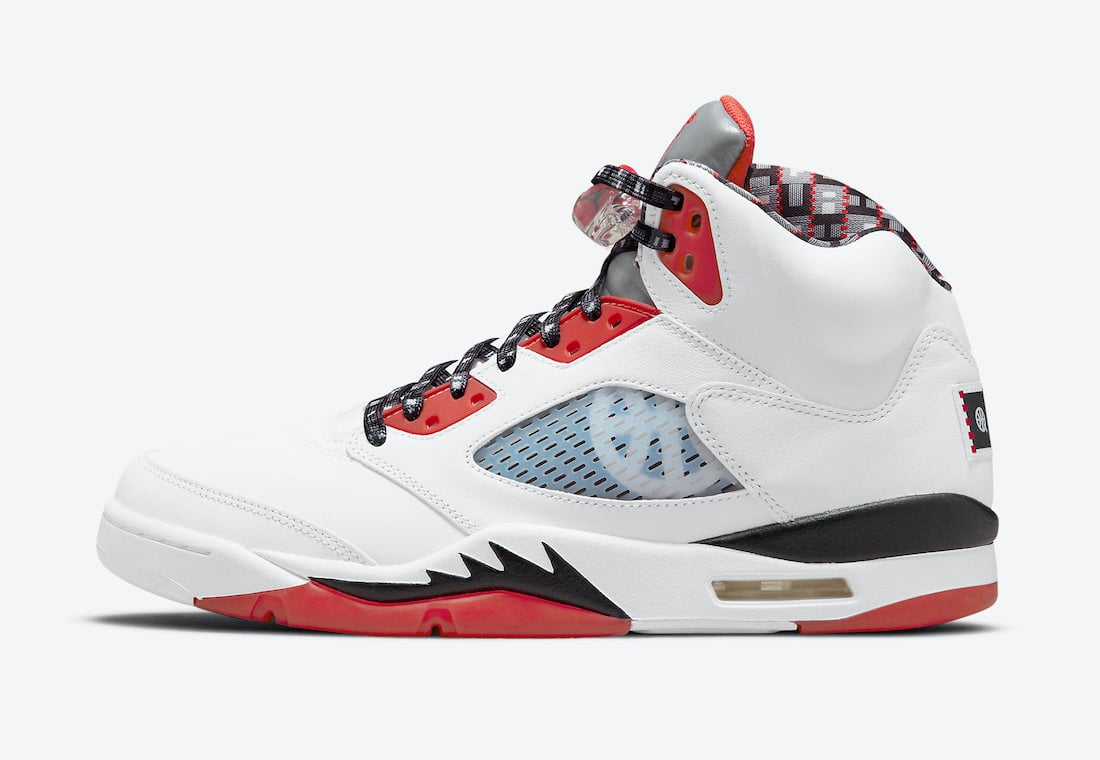 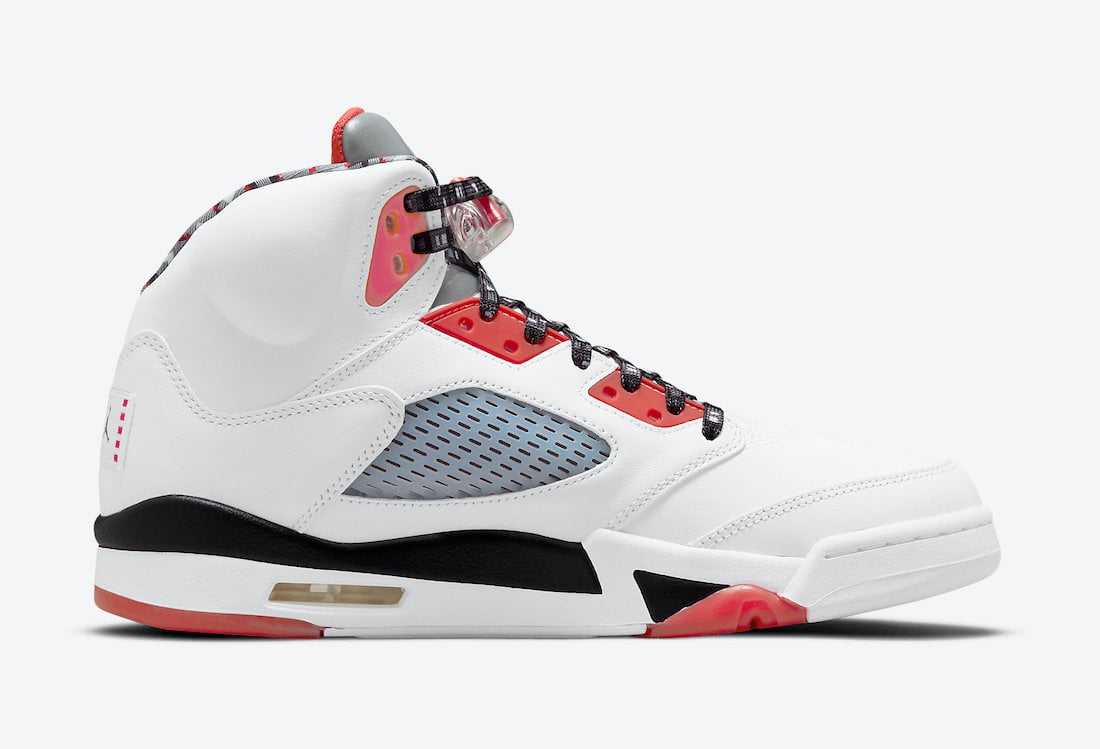 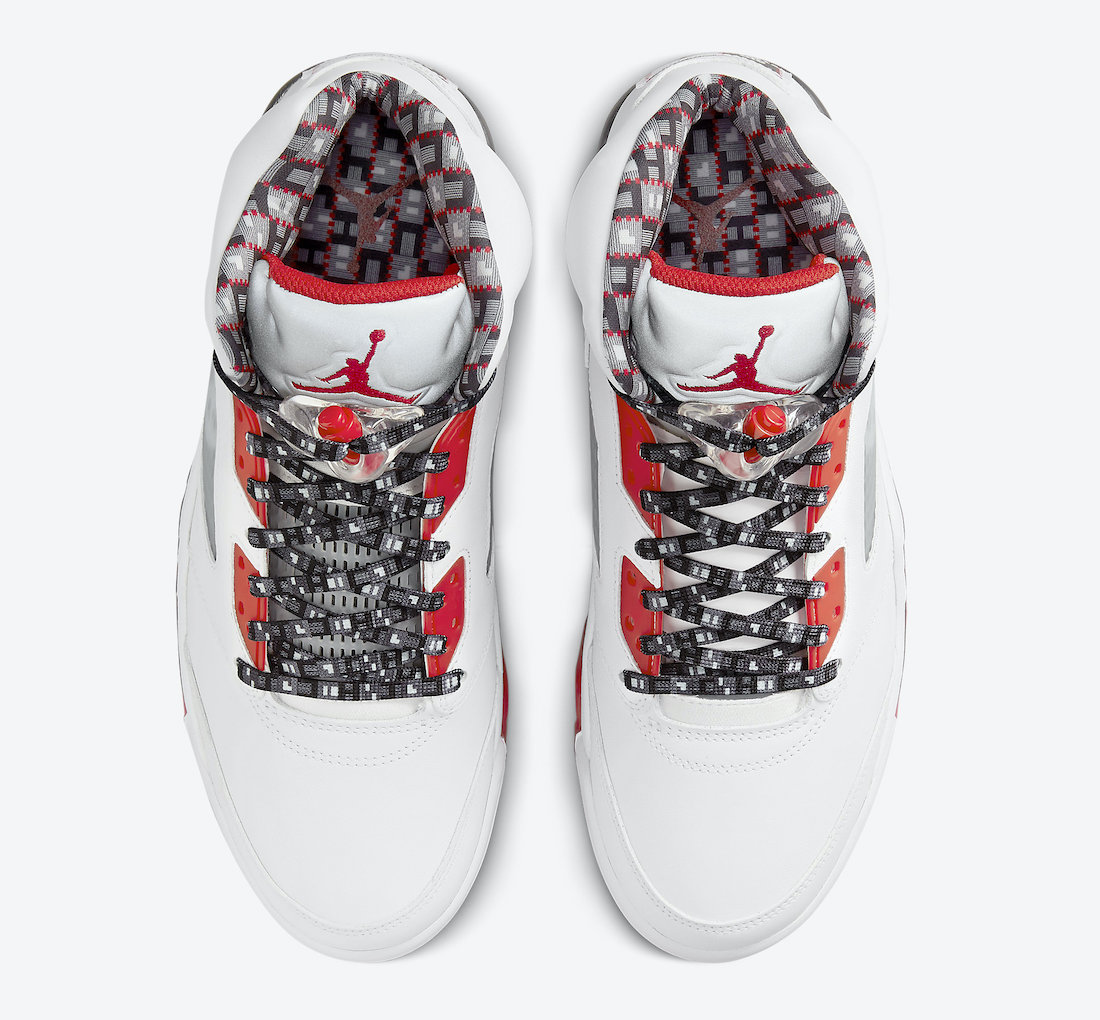 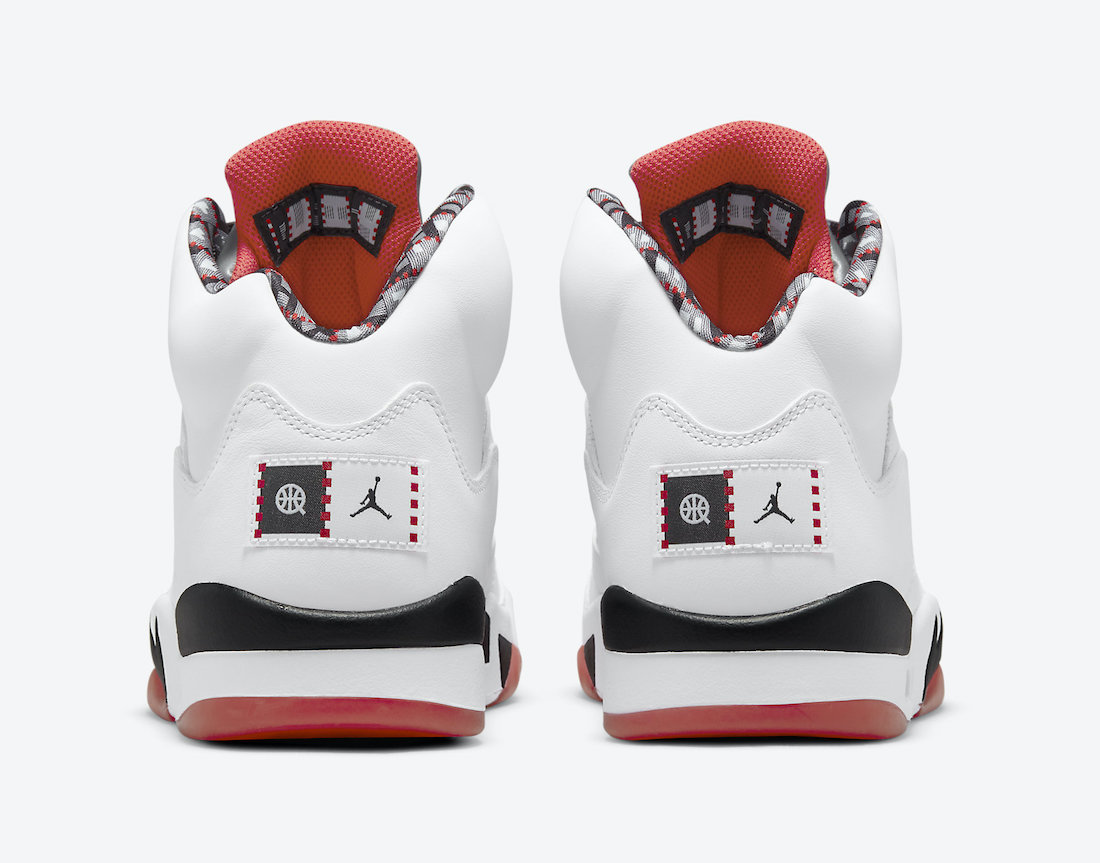 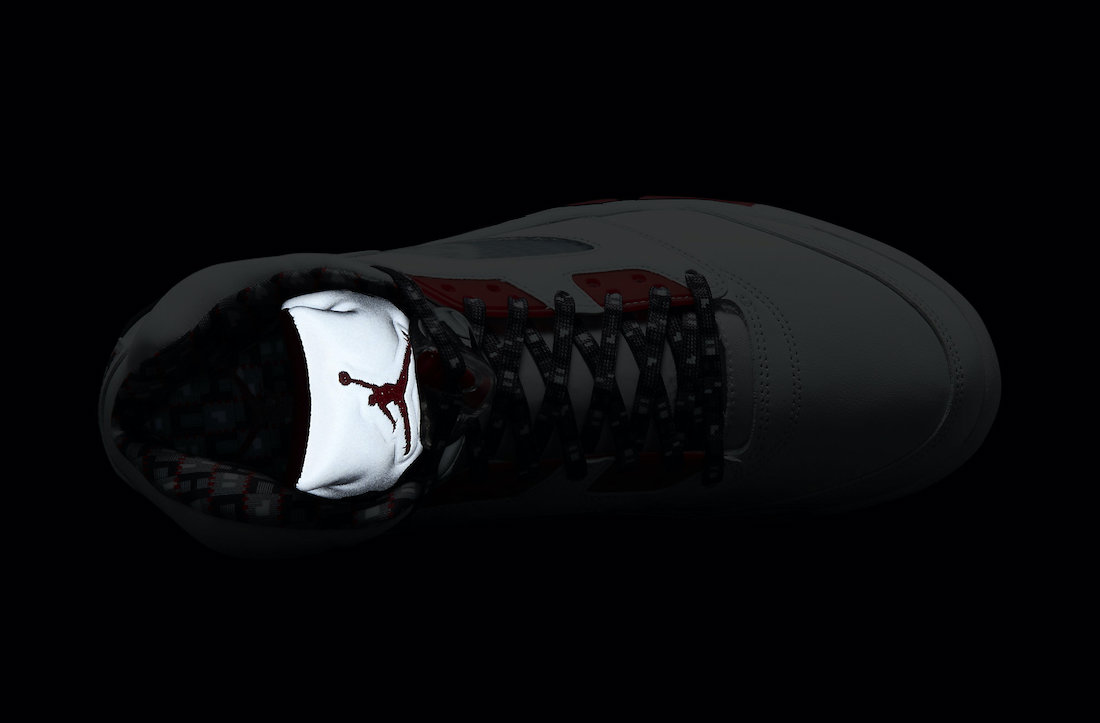 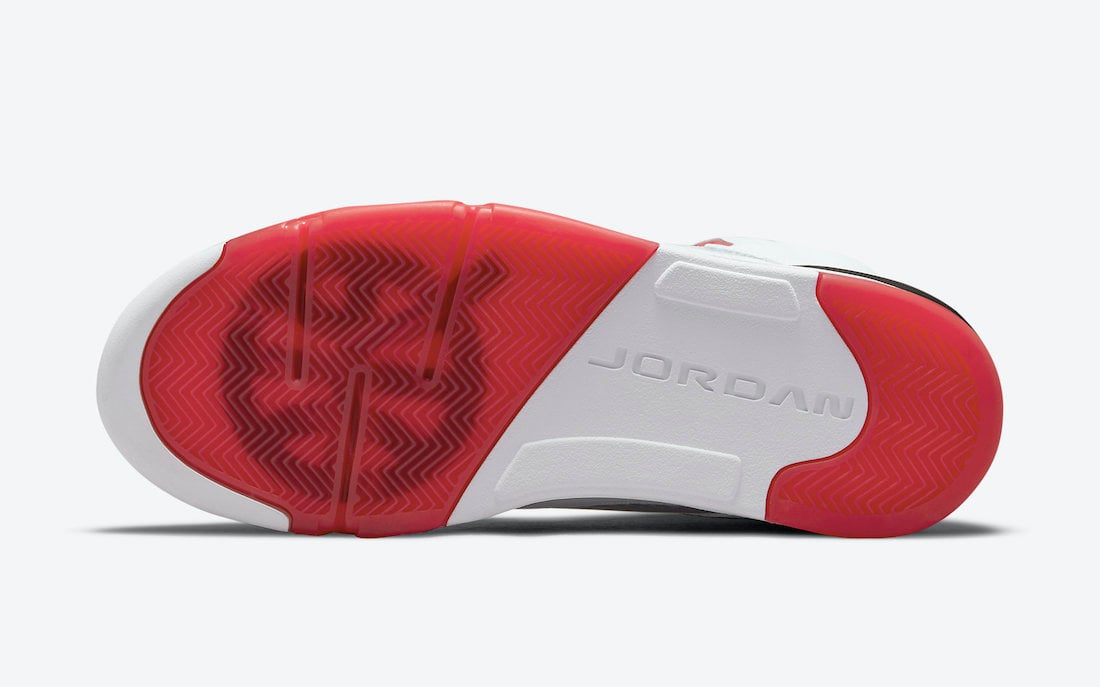 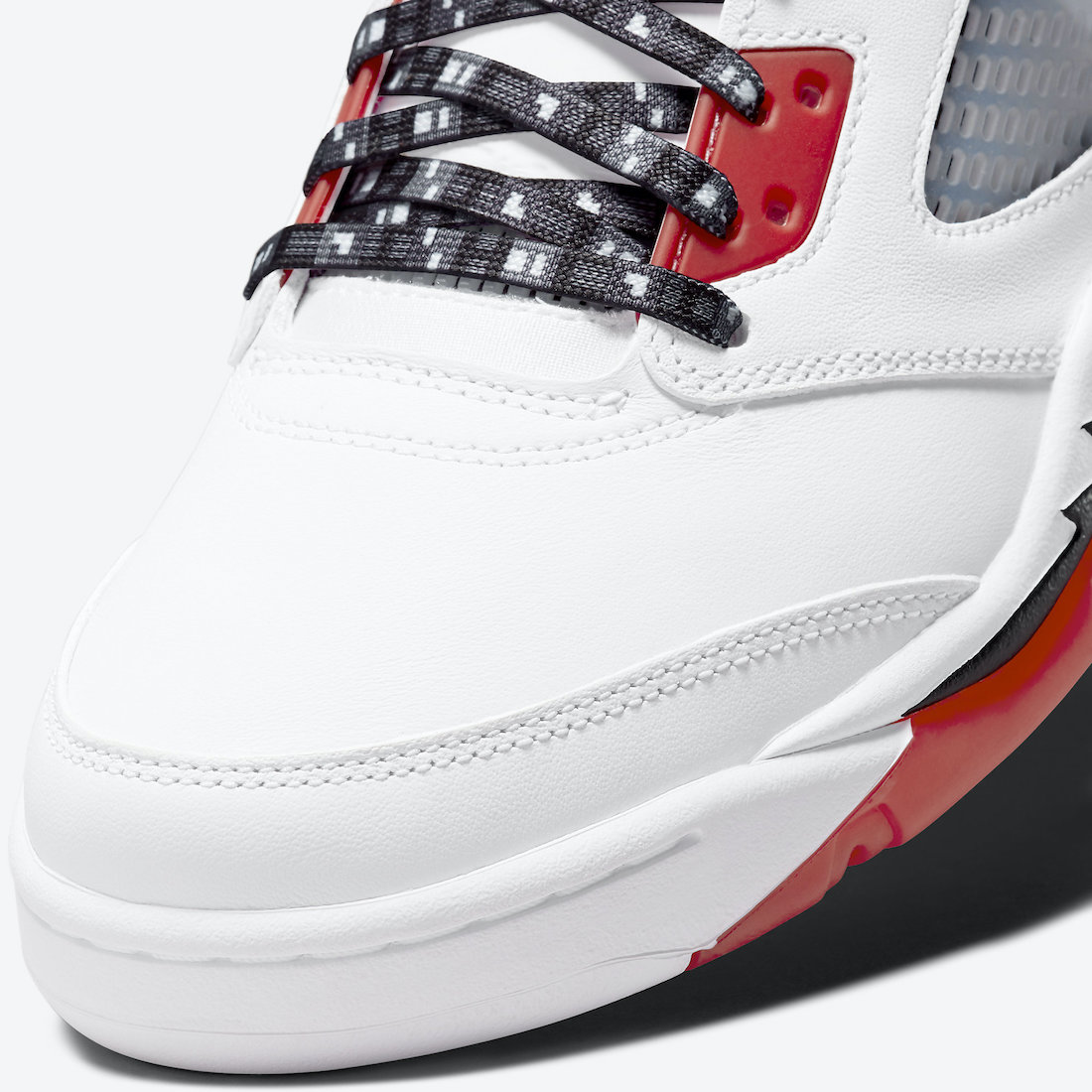 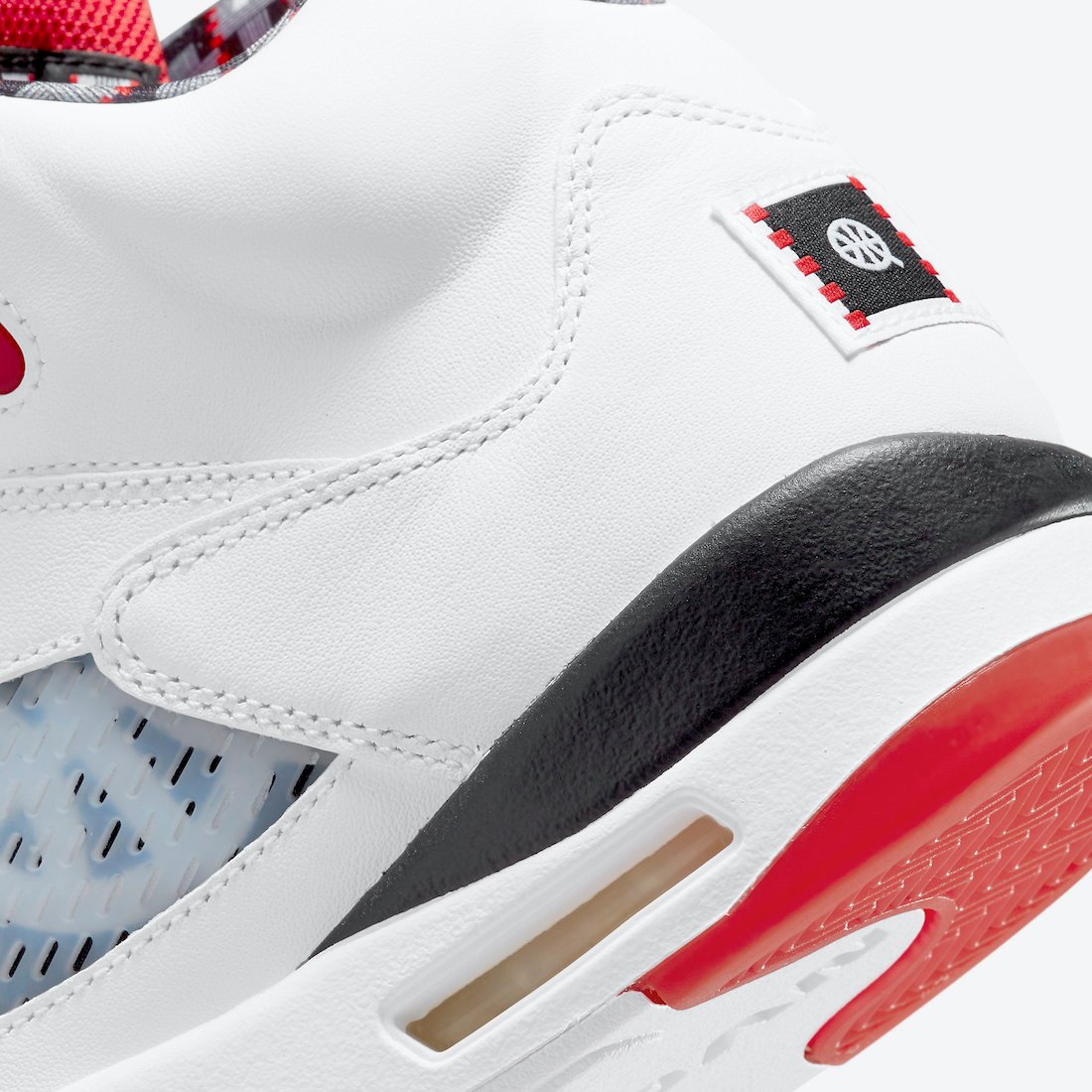 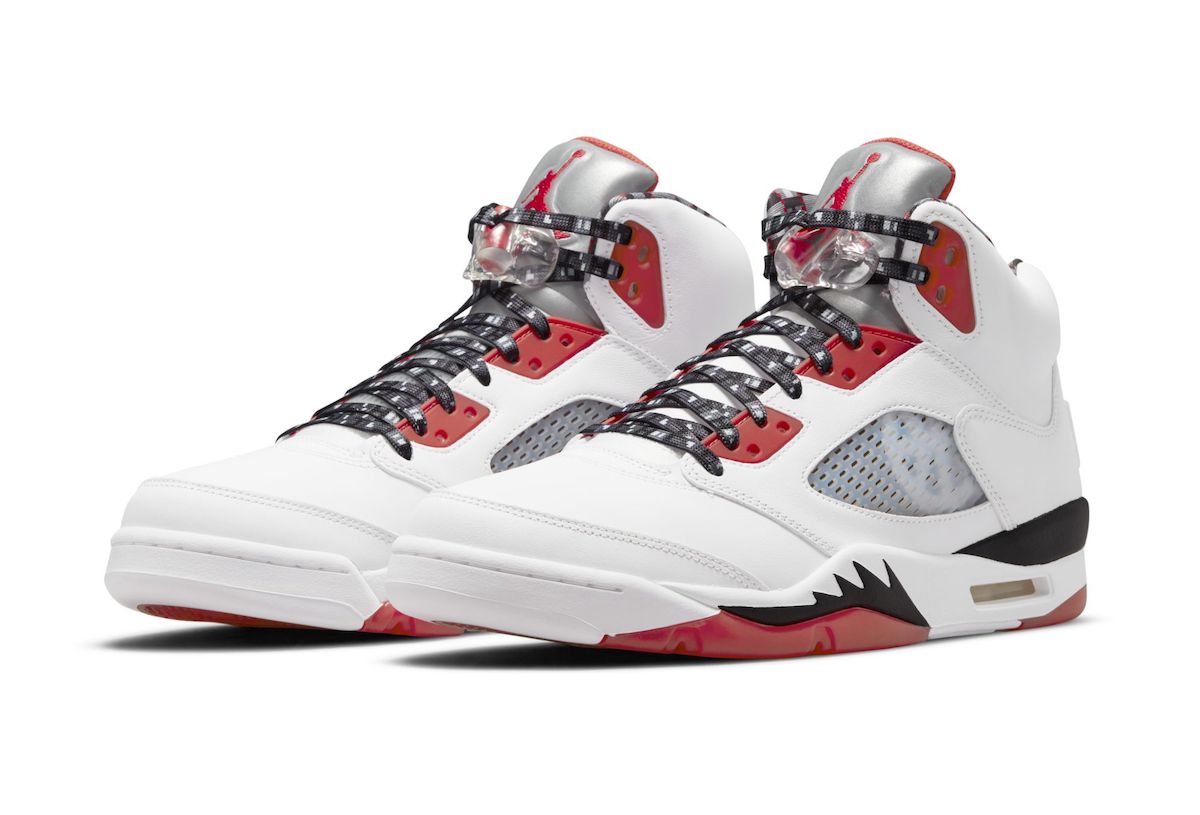 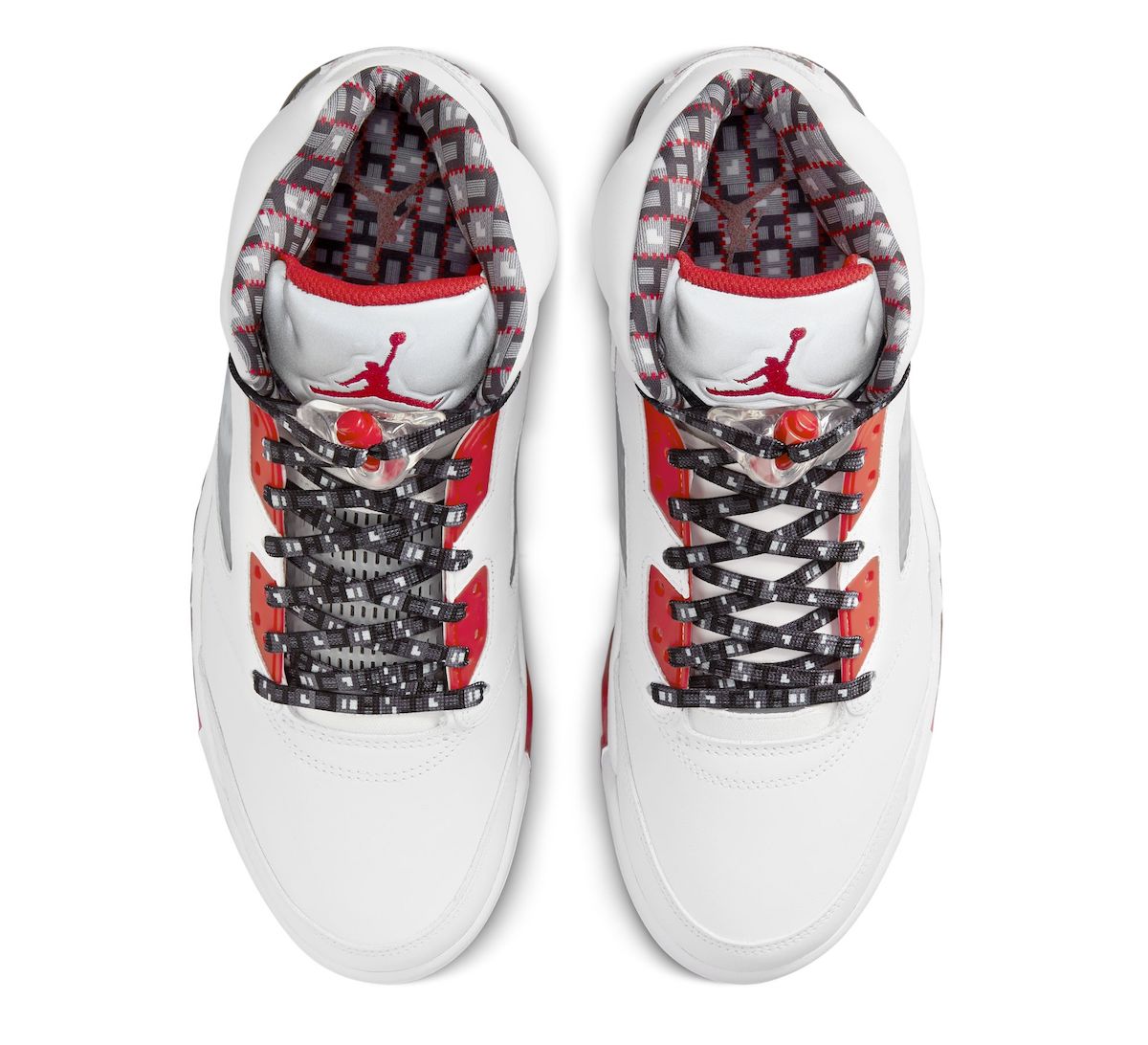 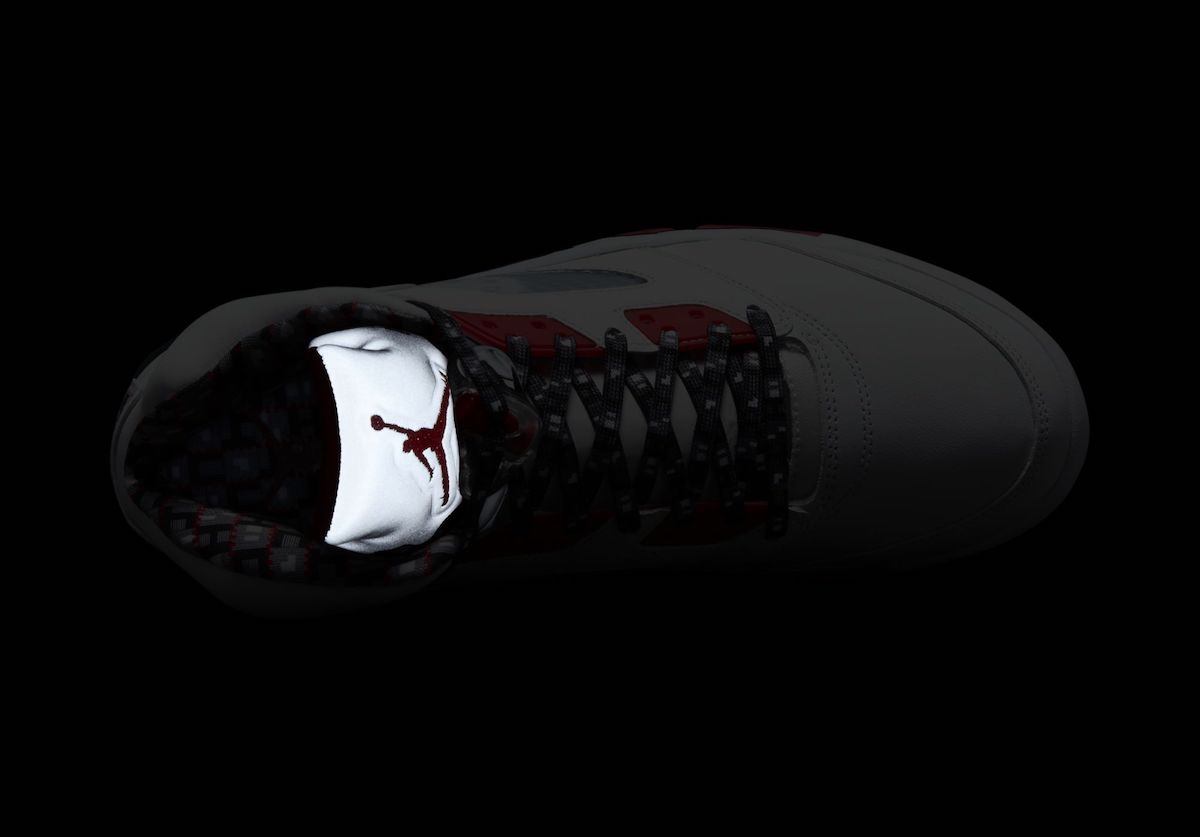 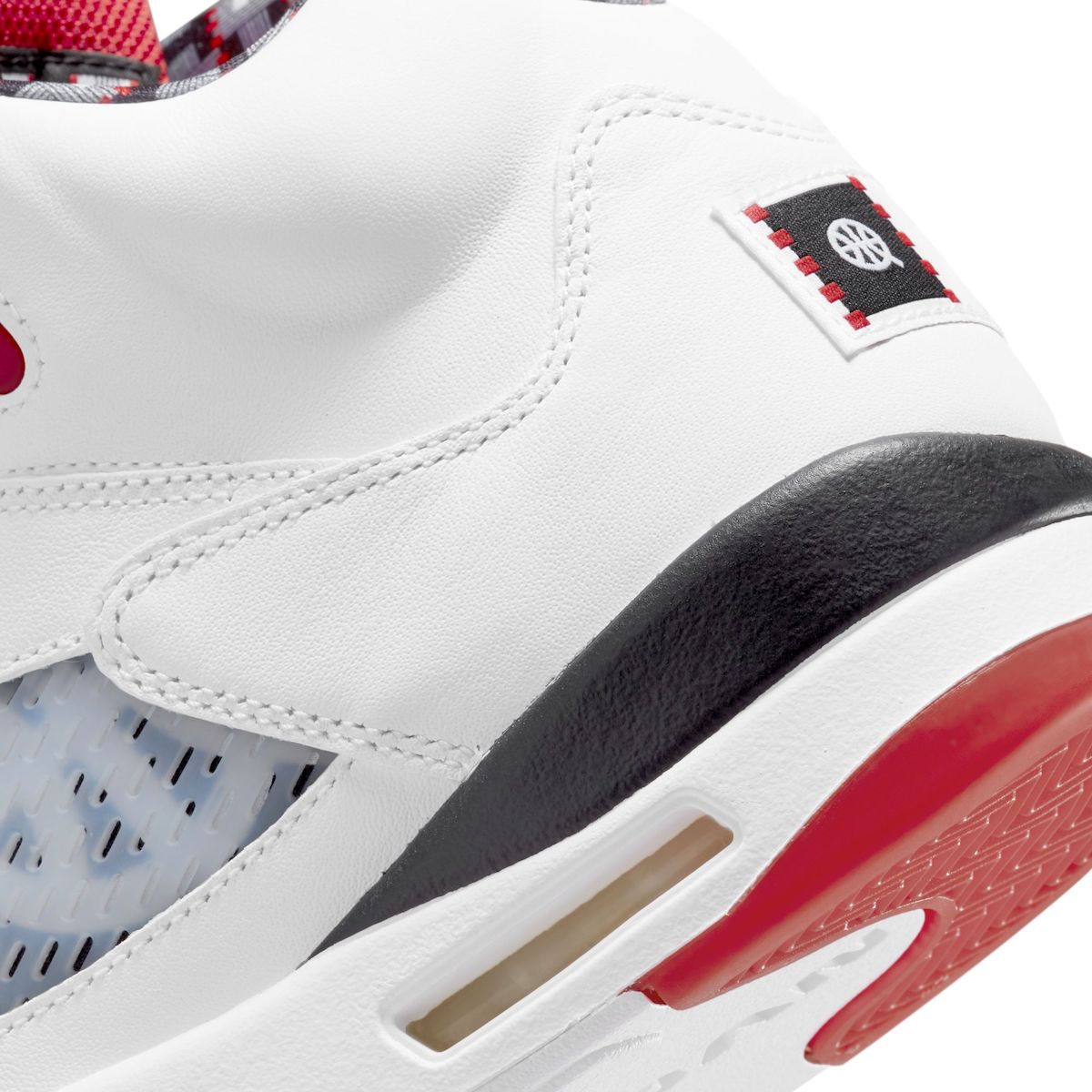