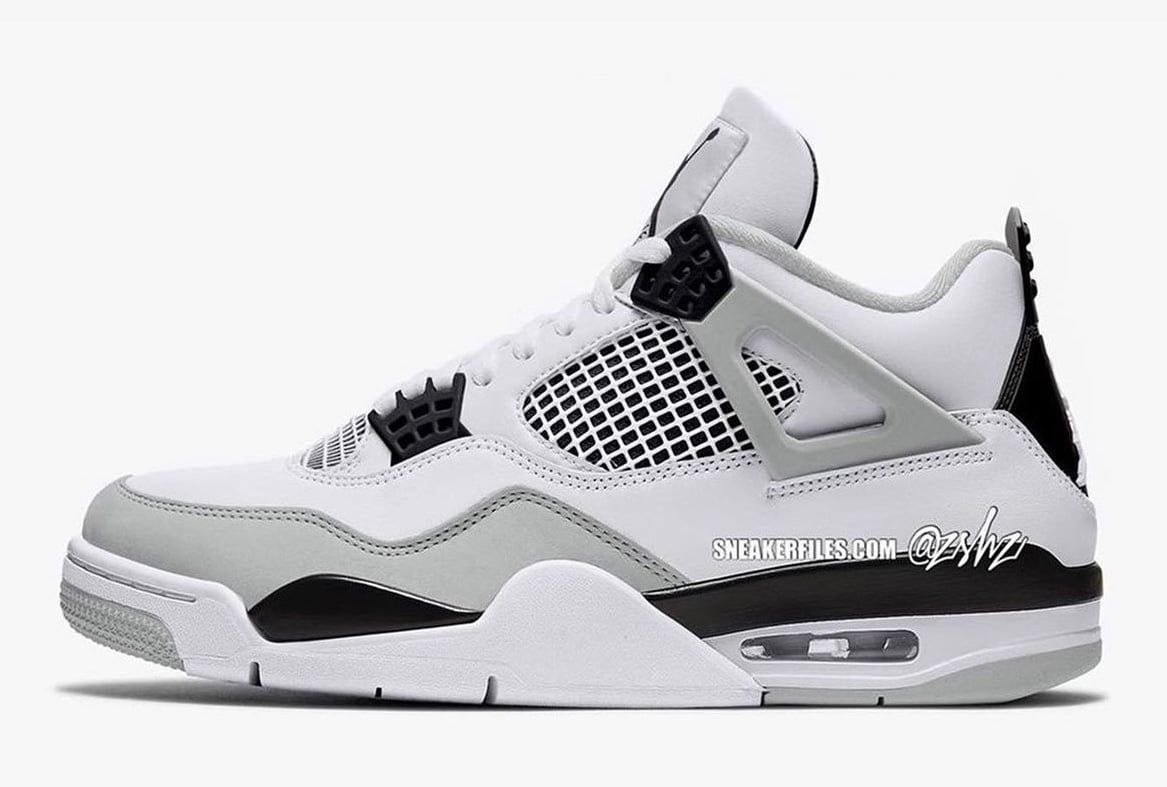 When it comes to Jordan Brand releases, many factors go into what inspires an upcoming release. Sometimes, we have pairs we in-depth detailing while others are simply a few color changes. Well, we now take a look at one of the simpler releases which are known as the Air Jordan 4 ‘Military Black’ that will release in 2022.

The nickname comes from the color blocking which was originally used on the ‘Military Blue’ release. Unfortunately, the pair will lack Blue, and instead, Black is used.

This Air Jordan 4 features a clean and simple White, Black, and Neutral Grey color combination. Although the image used is a photoshop, it’s an accurate representation of what’s releasing. Constructed with White leather throughout, Grey hits the toe, wing eyelets, and liner. The biggest change is Black that appears on the Jumpman branding, below the mesh, eyelets, and part of the midsole. Finally, all three aforementioned colors land on the outsole to finish the look.

You can expect the Air Jordan 4 ‘Military Black’ to release at select retailers and Nike.com on June 25th. The retail price is $200. A first look at this pair will leak within the next several months. Make sure to check back with us for more details.

Update (1/8): Initially scheduled to release on May 21st, the ‘Military Black’ Air Jordan 4 will launch on June 25th. 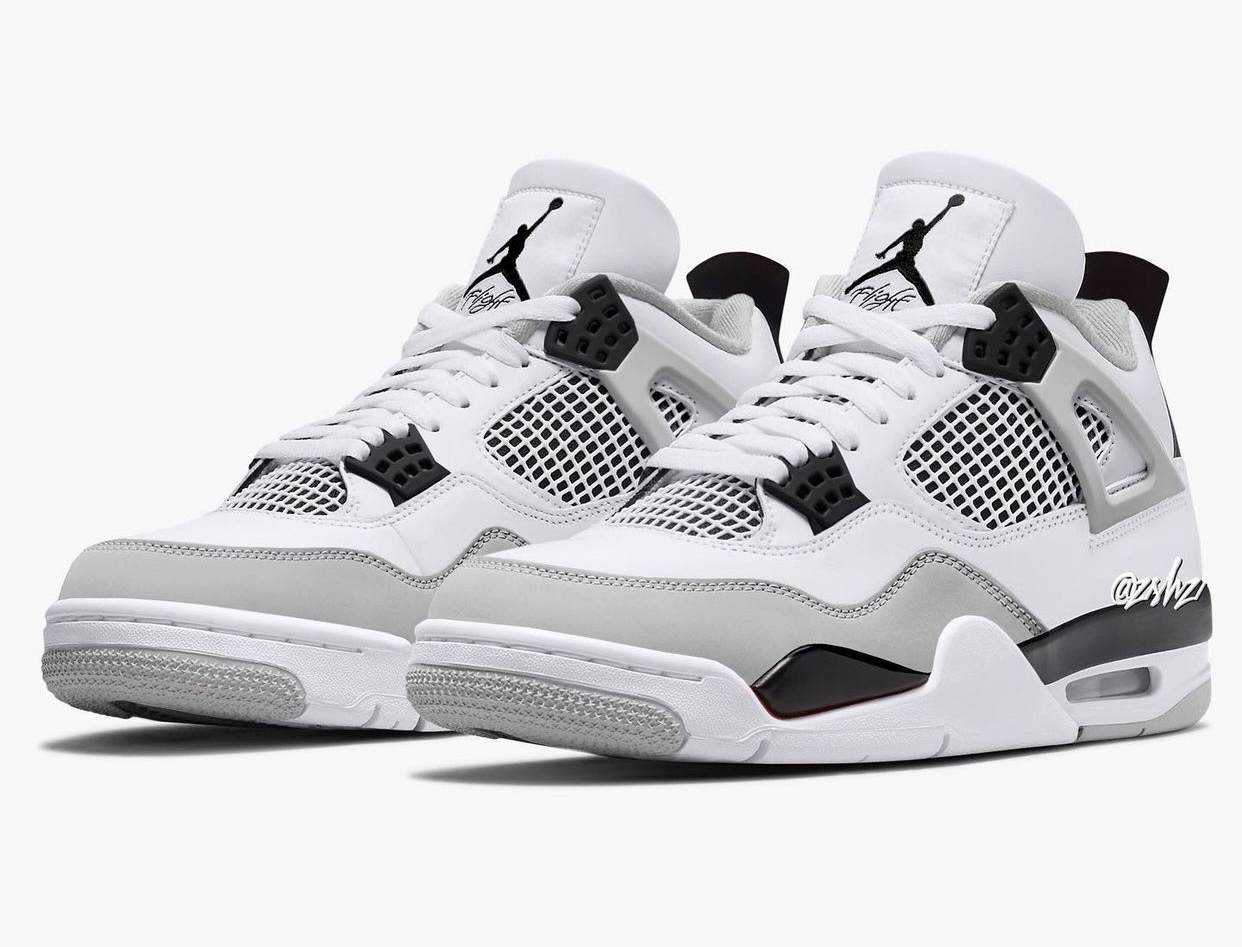