Gentry was spotted in Paris last week for the Quai 54 tournament wearing an Air Jordan 4 model that features a colorway reminiscent to that of the  Air Jordan 7 “Year of the Rabbit” with its white upper with red and gold accents. This Air Jordan 4 Gentry Humphrey PE also includes an illustration of Gentry as “G$” located near the ankle.

Share first thoughts on this colorway in the comment section below and keep it locked right here for more updates from the Quai 54 tournament. 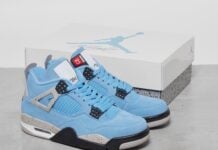 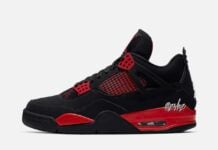