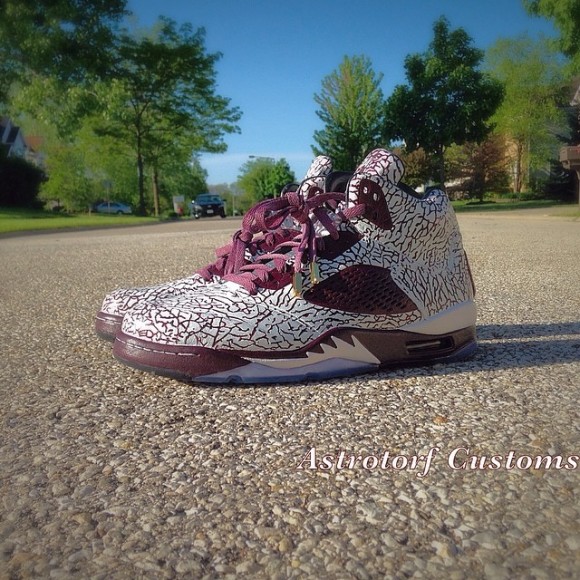 Versace has been the more trendy designer as of late, and we’ve seen many customs in a Versace theme, but now we’re getting a look at new customs that put a spin on the popular theme.

The Air Jordan 3lab5 “Versace” customs by Astrotorf Customs have a burgundy colored base, with a white elephant print present all over the shoes. The white elephant print plagues the entire shoe, and matches the rear mudguard and the shark teeth ridges on the midsole. The rest of the midsole is burgundy, which cordinates with the metallic gold, aglit-tipped lacing and netting found in the midfoot panels. Branding on the tongues appear in burgundy, as well. To seal the deal with these Versace themed Air Jordan 3lab5, custom Medusa head patches are placed on the rear of the shoes, courtesy of Herb Juice.

Versace themes have been floating around the custom footwear community for a while, but most tend to stick to the infamous teal and yellow colorway. A round of applause goes out to Astrotorf Customs for taking on this particular theme, and creating a stand out custom. This project took over 12 hours to execute, and from the looks of it, every minute was well worth it. More photos of these shoes can be found down below, and be sure to let us know what you think of them in the comment section! 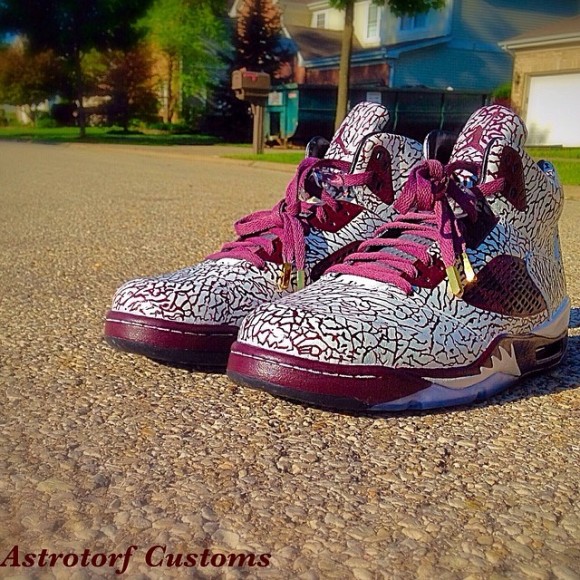 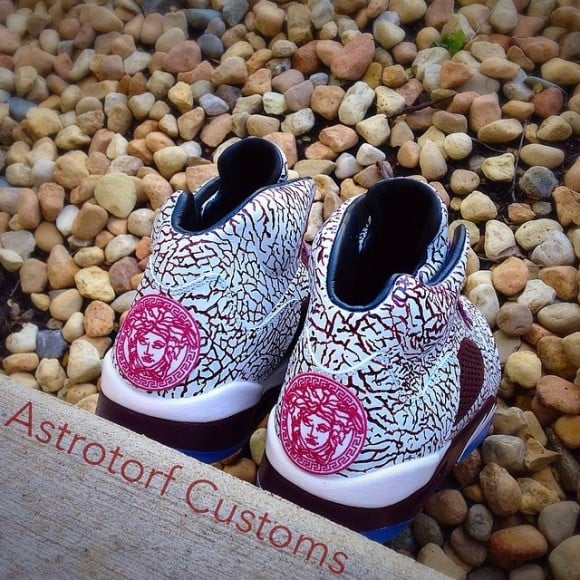