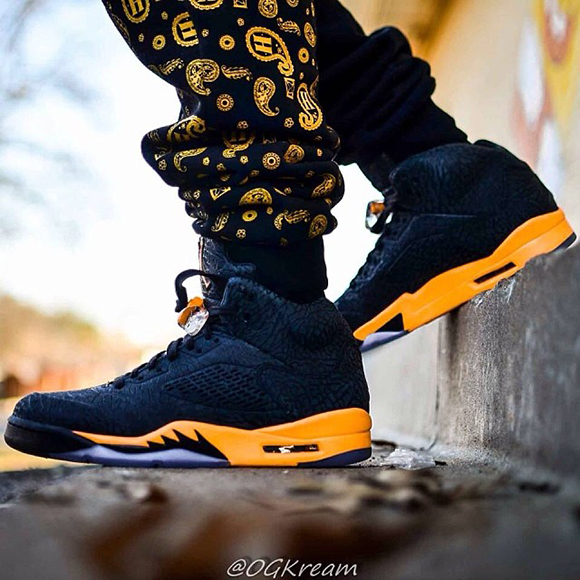 While Instagram slowly but surely slows down on these 3Lab5 customs, we decided to give a little closer look at these masterpieces. Now with two different official Nike released versions out on the market it was only time before we got to see more personal editions from sneakerheads around the world and for these we went no further than sneaker enthusiast OG Kream. Of course the dark, elephant print throughout the upper is from the “Infared” 3Lab5 that dropped just 2 days ago but the sole, lace lock and Jumpman are all original. Some argue that the new additions are yellow but these were approached as a light orange instead of a dark yellow, regardless they are extremely dope.

How do you feel about the “Orange” 3Lab5’s? Tell us in the comments section below and stick with Sneakerfiles for release dates, celebrity sneakers and much more! 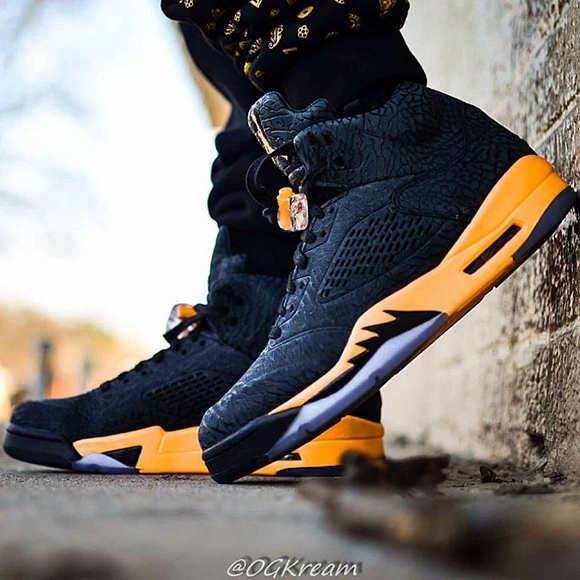