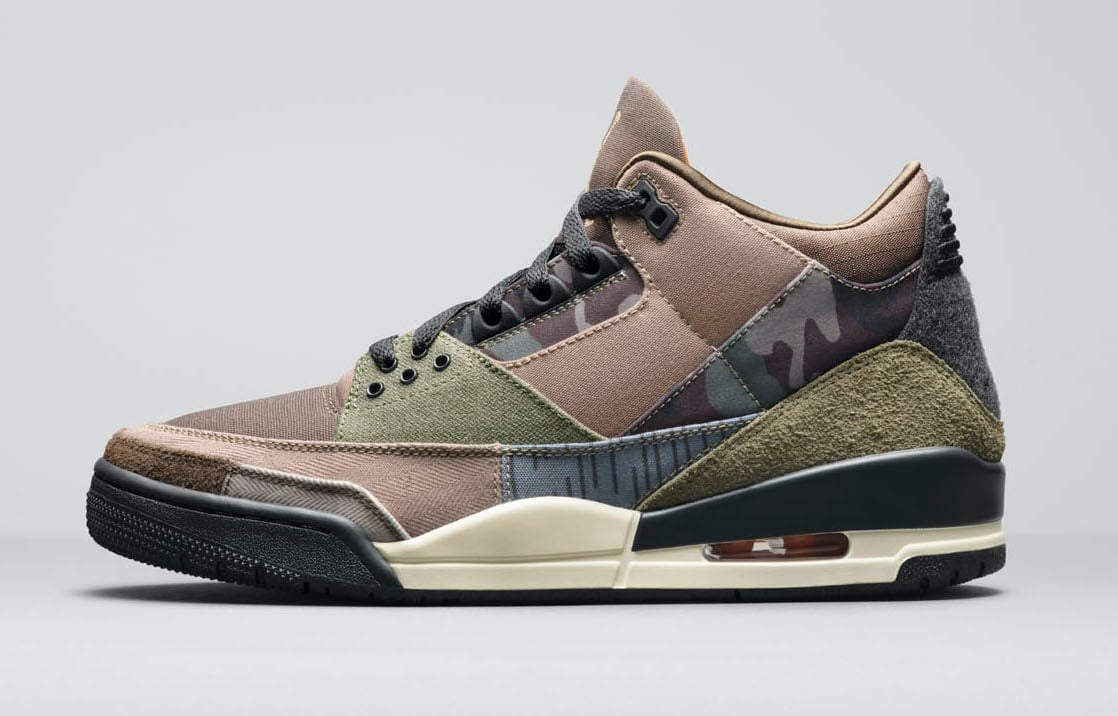 Jordan Brand launched two color options of the ‘Camo’ Air Jordan 10 in 2019. For 2021, we will have the Air Jordan 3 ‘Camo’ iteration releasing for the Holiday season.

The image used for this Air Jordan 3 is a mock-up. However, it’s an accurate representation of what’s releasing. The pair will have a What The Camo-like theme that combines woodland camo, leaf camo, and rain camo. A mixture of Green, Brown, Tan, Black, and Beige is used throughout while the true highlight is the velcro heel. Each pair will come with patches for you to apply to the heel, or even use your own.

You can expect the Air Jordan 3 ‘Camo’ to release at select retailers and Nike.com on November 29th, 2021. The retail price is $190. Once we have more information, we will make sure to update you.

Update (7/3): We now have new details on the Air Jordan 3 ‘Camo’. The pair is expected to feature a What The Camo-like theme while utilizing woodland camo, leaf camo, and rain camo. Also, the heel will be velcro which will allow you to stick different patches (the pair will come with patches). Expect the pair to arrive at retailers this Holidays season. Via zsneakerheadz. 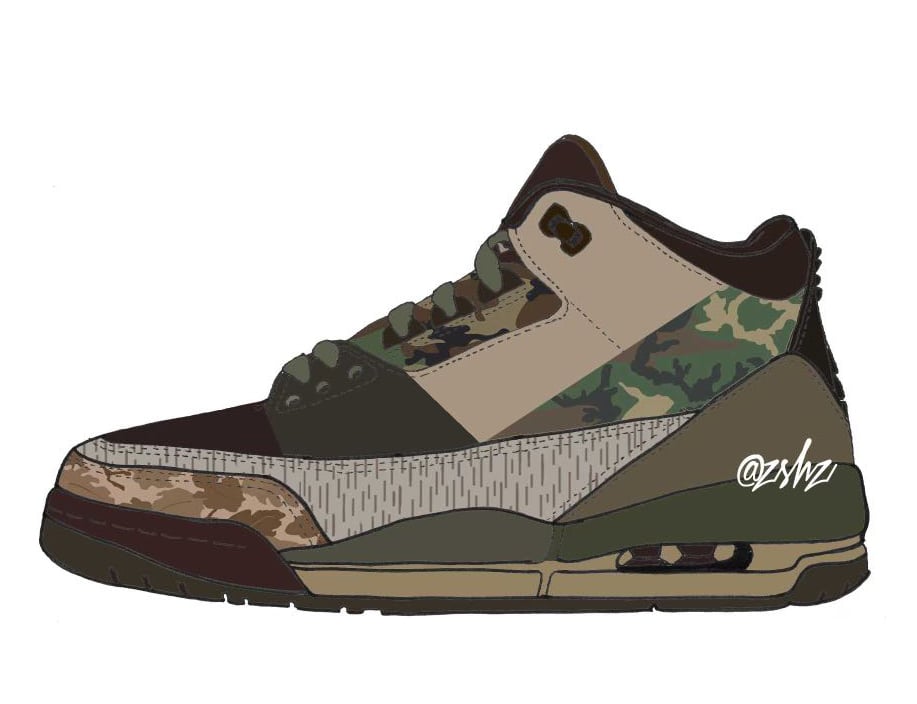 The image used is a photoshop by zsneakerheadz. 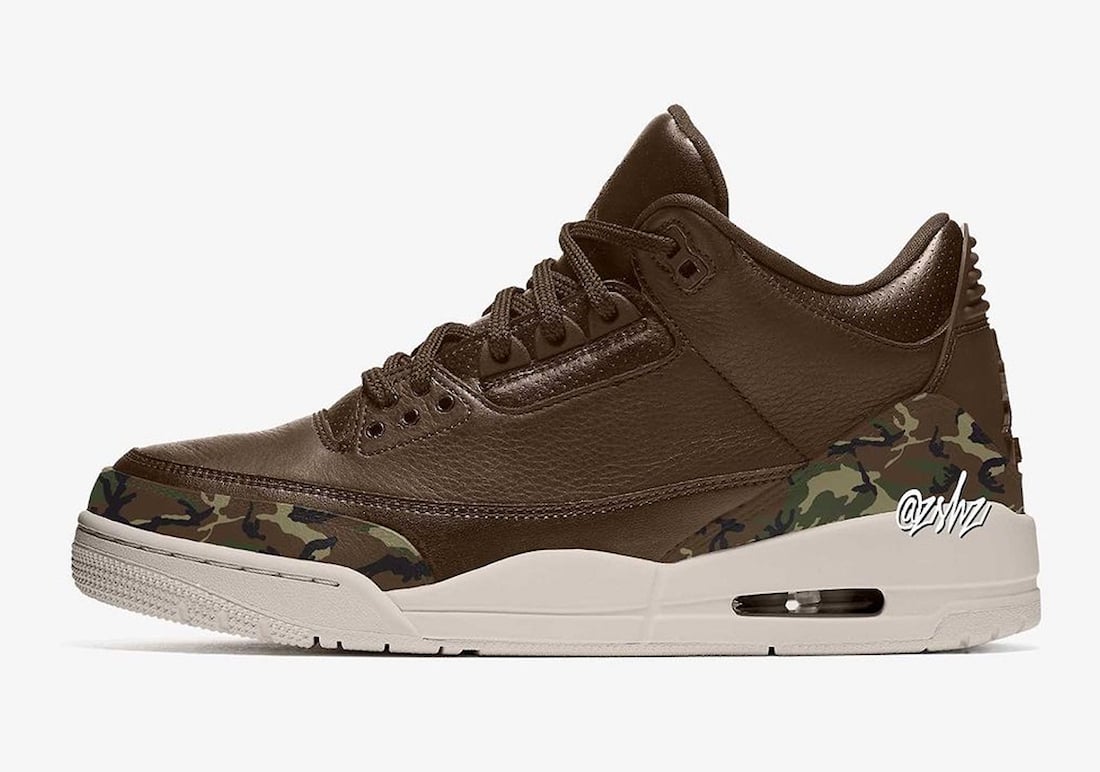