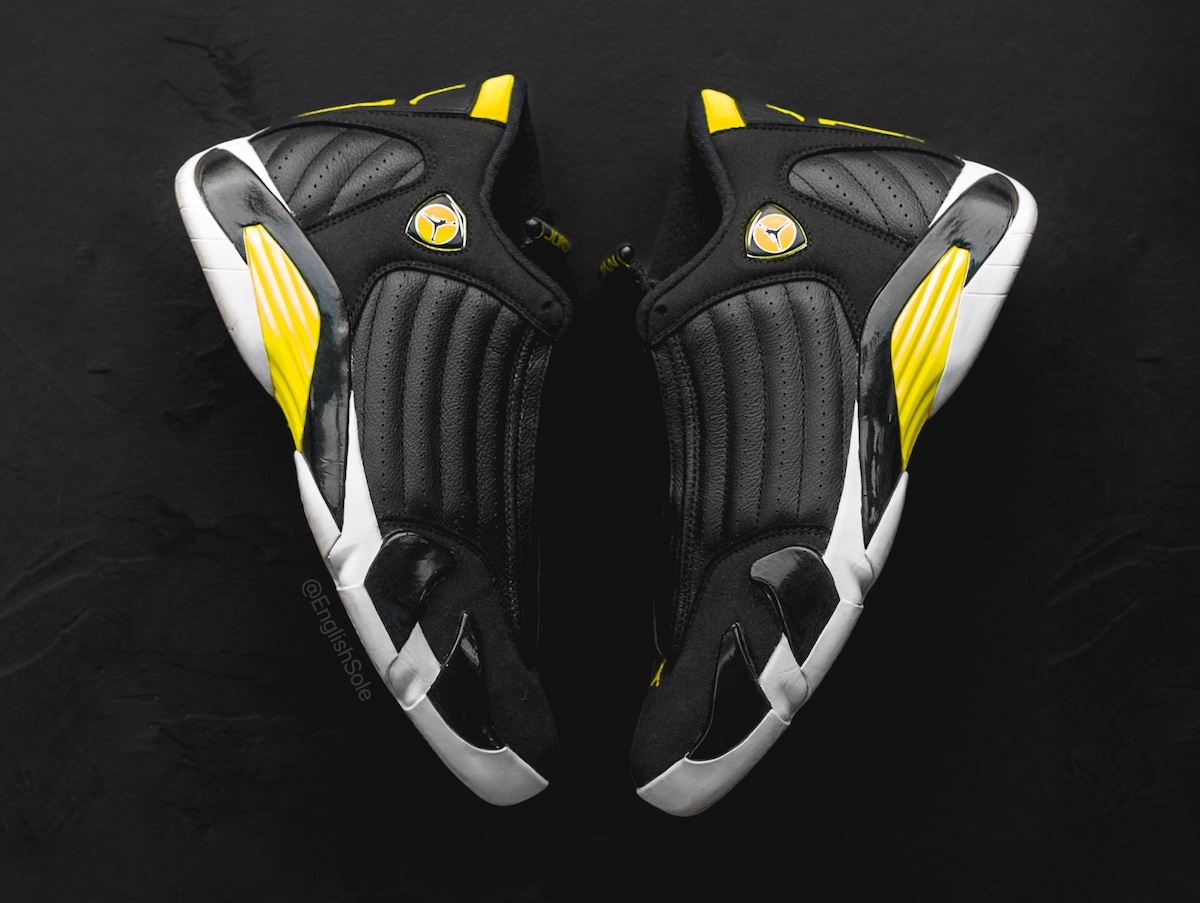 In 2014, Jordan Brand released the Air Jordan 14 ‘Thunder’ but the pair could have looked different. Jordan Brand cooked up an alternate pair, which is shown, and almost was the retail version.

We now have a detailed look at the ‘Alternate Thunder’ Air Jordan 14 Looksee Sample thanks to English Sole. This pair draws inspiration from some of the Jordan 14s Reggie Miller wore when he played for the Indiana Pacers. One of the shining differences from the Thunder 14s is the Golden Yellow plating on the outsole, with it being Silver on the pair we saw hit shelves in 2014. In addition, this sample sports a solid White outsole, a Yellow Jumpman on the heel and toe box, and also received the Blackout treatment on the midsole.

Continue to scroll below for more photos of the Air Jordan 14 ‘Alternate Thunder’ that will give you a closer look. In our opinion, we hope to see this pair eventually release, but only time will tell if that happens. 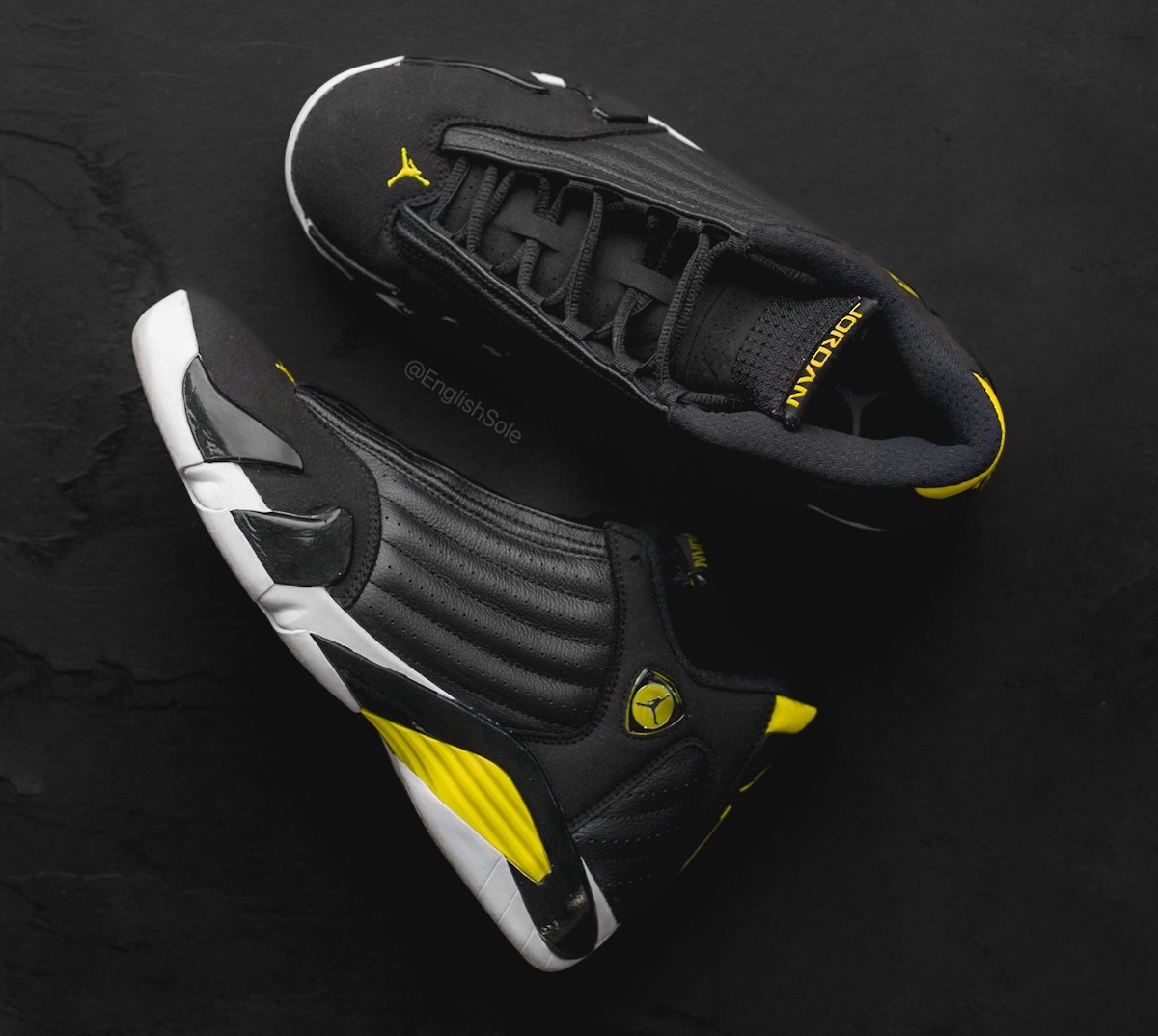 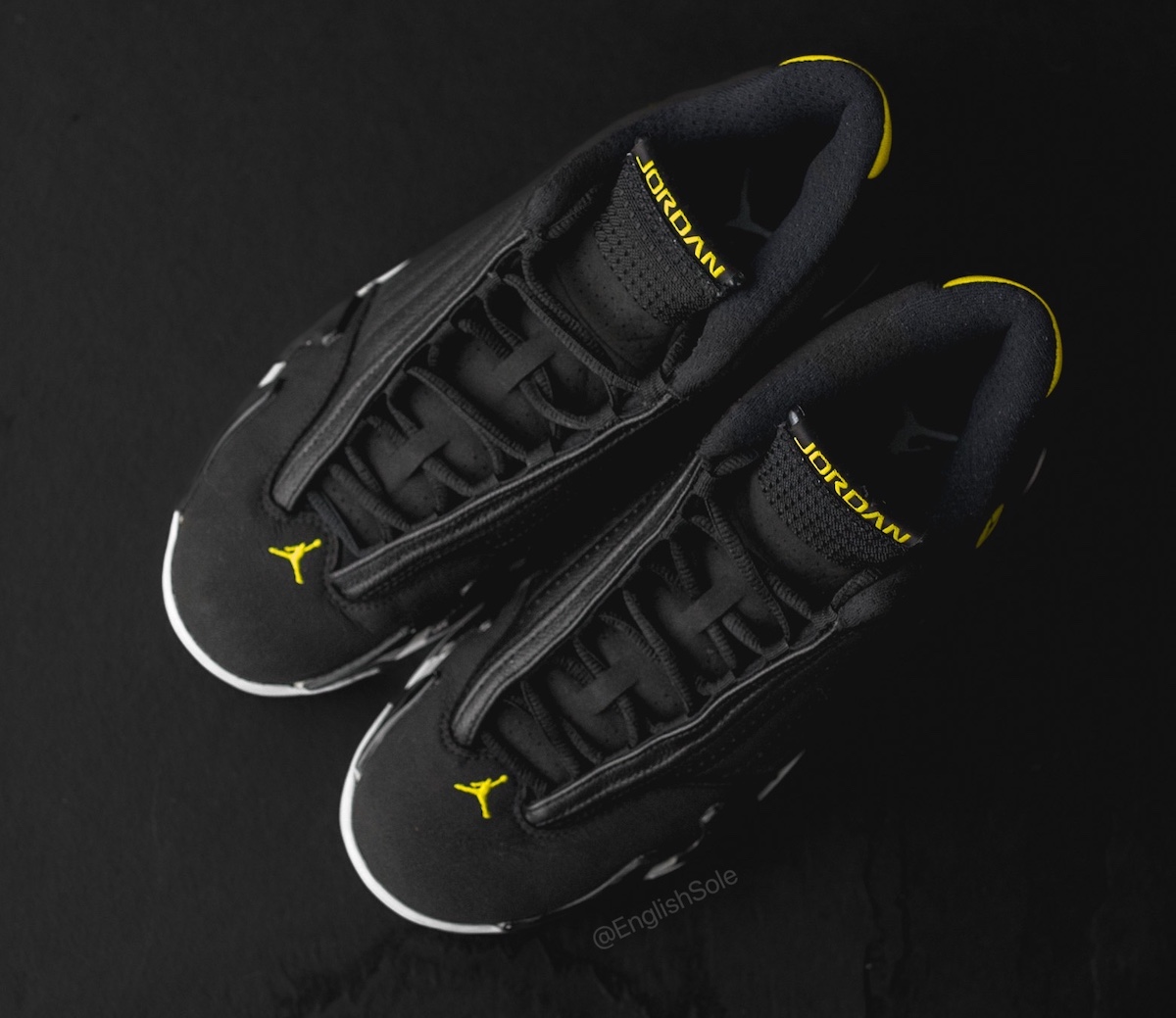 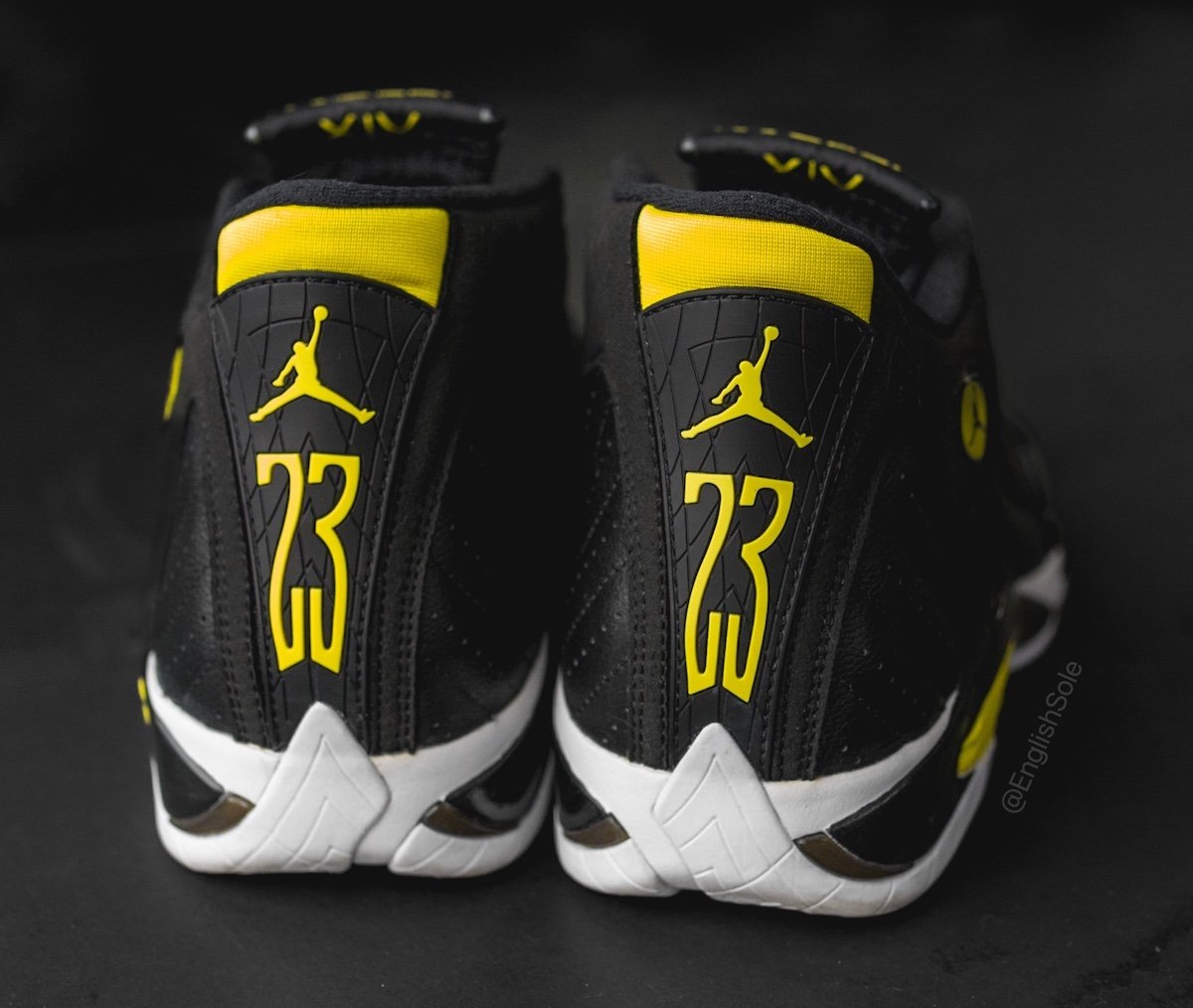 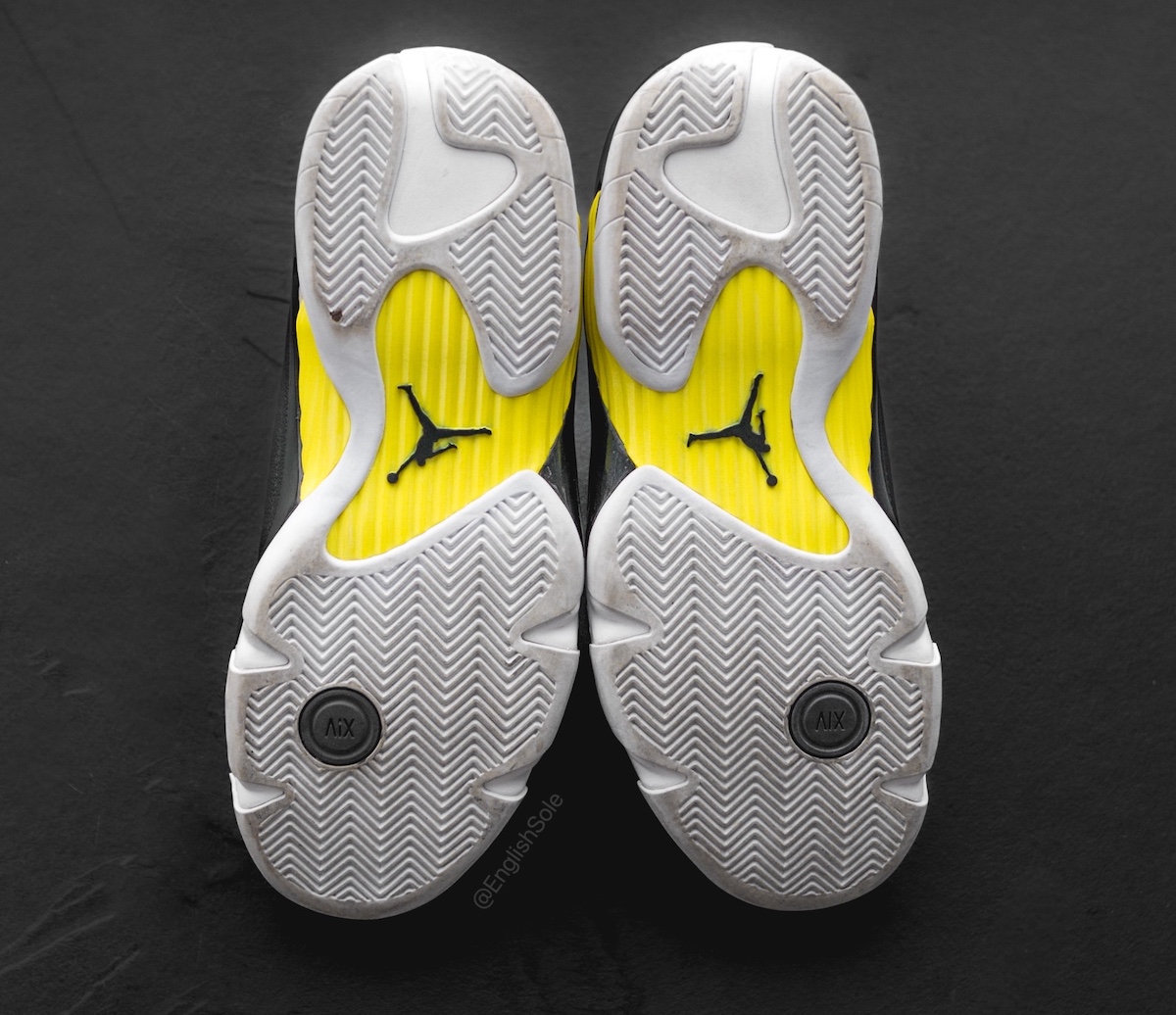