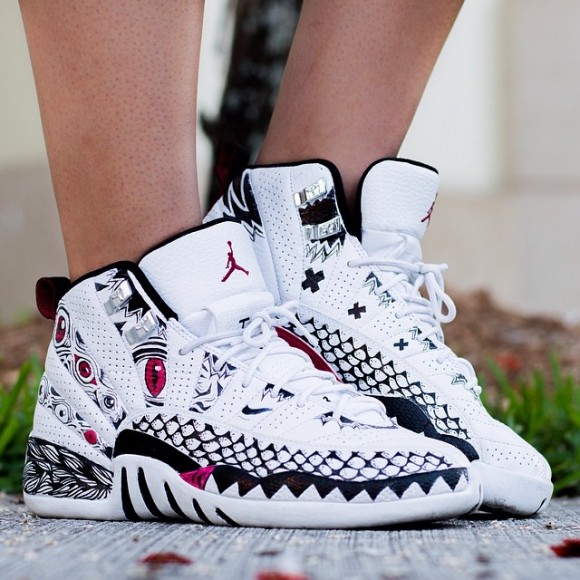 If you’re familiar with the Japanese style of art known as manga, then you’re also probably familiar with the hit television series, Naruto. In fact, it’s the highest selling manga of all time (legit: Check). This week, we’re kicking off our coverage of all things sneakers with a peek at a custom project by Specified Fiction, who decided to form a design based on one of the characters from Naruto, Danzo Shimura.

The Air Jordan 12 “Danzo” customs by Specified Fiction see black graphics that plague the white base model, with sharp, pink accents present all over. If you’re an OG fan of the show, you know that Danzo was a bit of a hot tempered ninja in younger days, but as he grew older, his malicious intentions began to silence themselves. Basically, Danzo is willing to make moves that will promote himself first, then his team, by any means neccessary. This intense drive to achieve success is artistically represented with the painting of reptile scales along the lower portion of the Air Jordan 12 model. The perforated, top half of the uppers see images of bloodshot eyeballs, which provide most of the pink accenting found throughout the shoes. The midsole sees some crazier graphics, with a muscle tissue-like print taking over the rear, while a row of razor sharp teeth line the toes. The outsoles arrive in white, toning down the wild sneakers.

Give a huge round of applause for Specified Fiction! The black and white colorway is the perfect choice for such a busy design, and truly showcases his painting abilities. The concept alone is enough to make any sneakerhead start doing flying barrel kicks! If you’re interested in copping some of your customs from Specified Fiction, hit him up via Instagram and get in touch today (plus, he’s just a dope IGer, too)! More photos below! 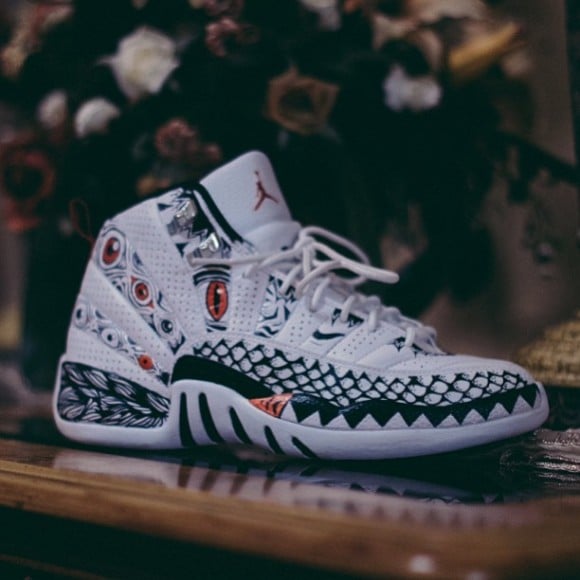 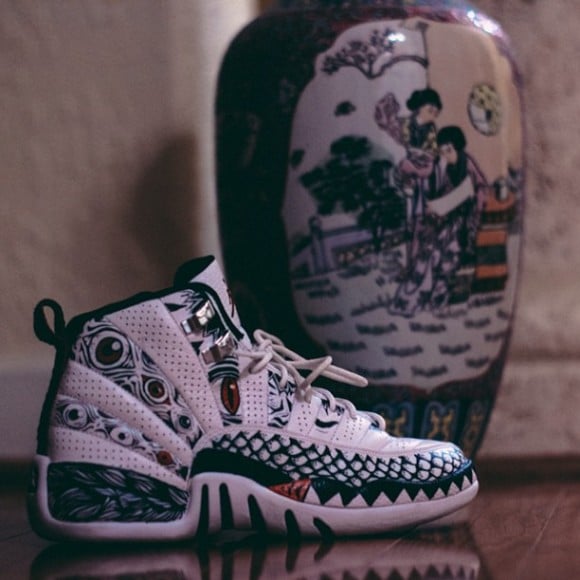