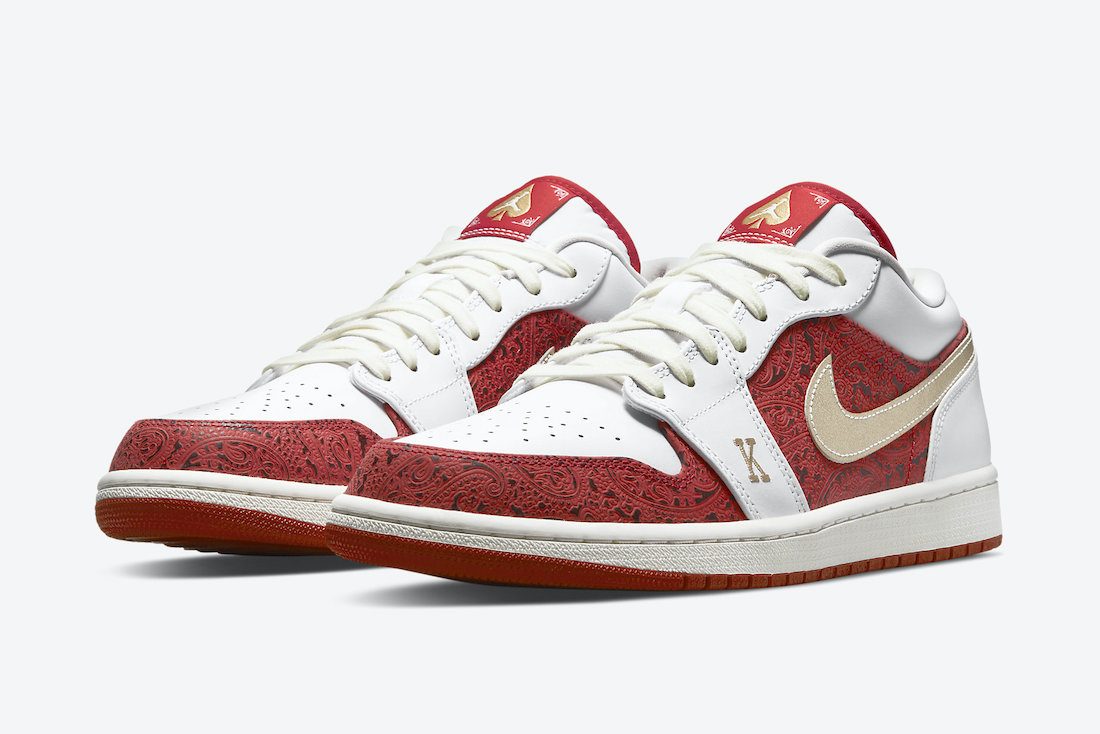 Jordan Brand will also release a special edition of the Air Jordan 1 Low known as ‘Spades’ which will launch alongside the Nike Air Force 1 Low, both inspired by playing cards.

Looking closer, this low-top Air Jordan 1 features White leather across the base while paisley prints debossed around the toe and mid panels. Next, Metallic Gold appears on the spade branding located on the tongue, Swoosh logos, as well as the letters ‘K’ and ‘Q’ embroidered on the lateral heel, representing King and Queen face cards. Finally, a White midsole and a Red rubber outsole finish the look.

You can expect the Air Jordan 1 Low ‘Spades’ to release at select retailers and Nike.com on June 29th. Once we have more information, we will make sure to update you. For now, scroll below for more images that will give you a closer look.

Update (6/17): After releasing at select retailers, the ‘Spades’ Air Jordan 1 Low will launch at Nike.com on June 29th.

Update (3/21): Check out this detailed look at the Air Jordan 1 Low ‘Spades’ via s.sam.group. A release will take place soon. 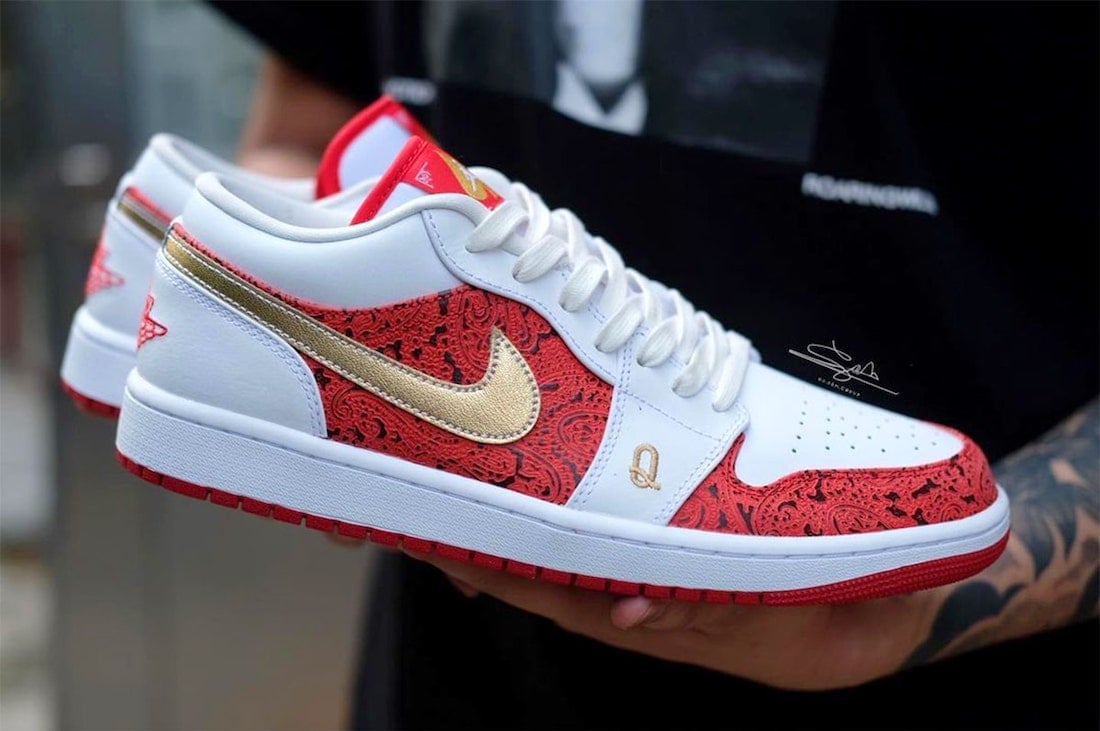 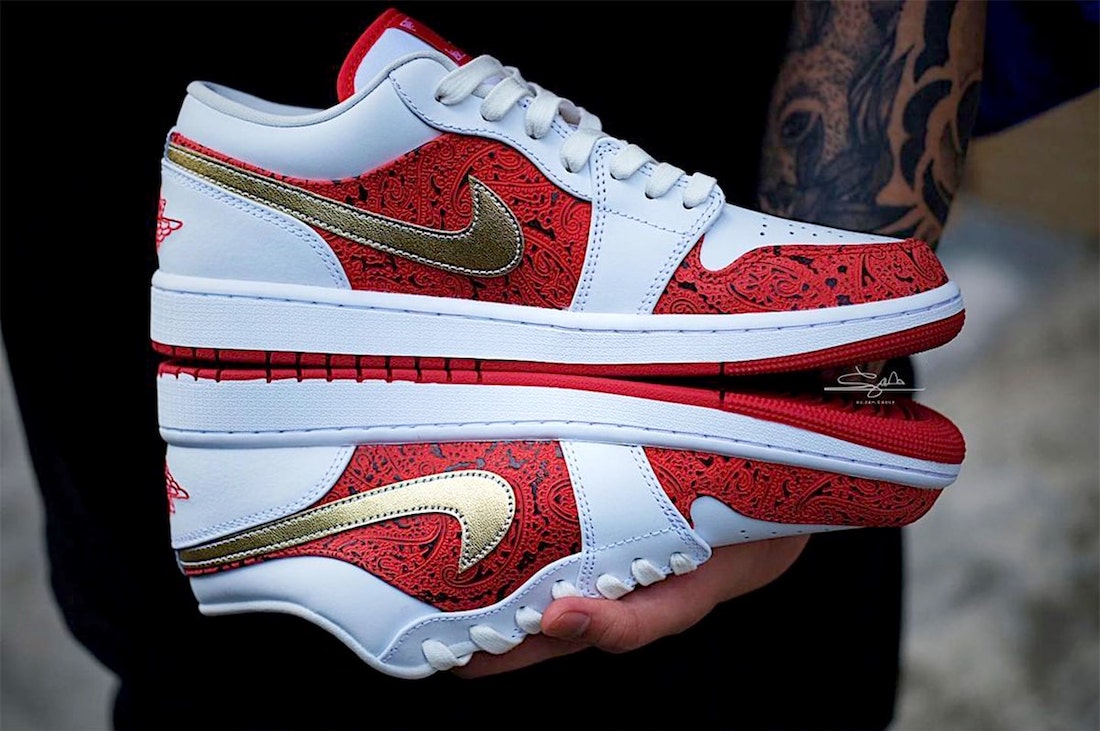 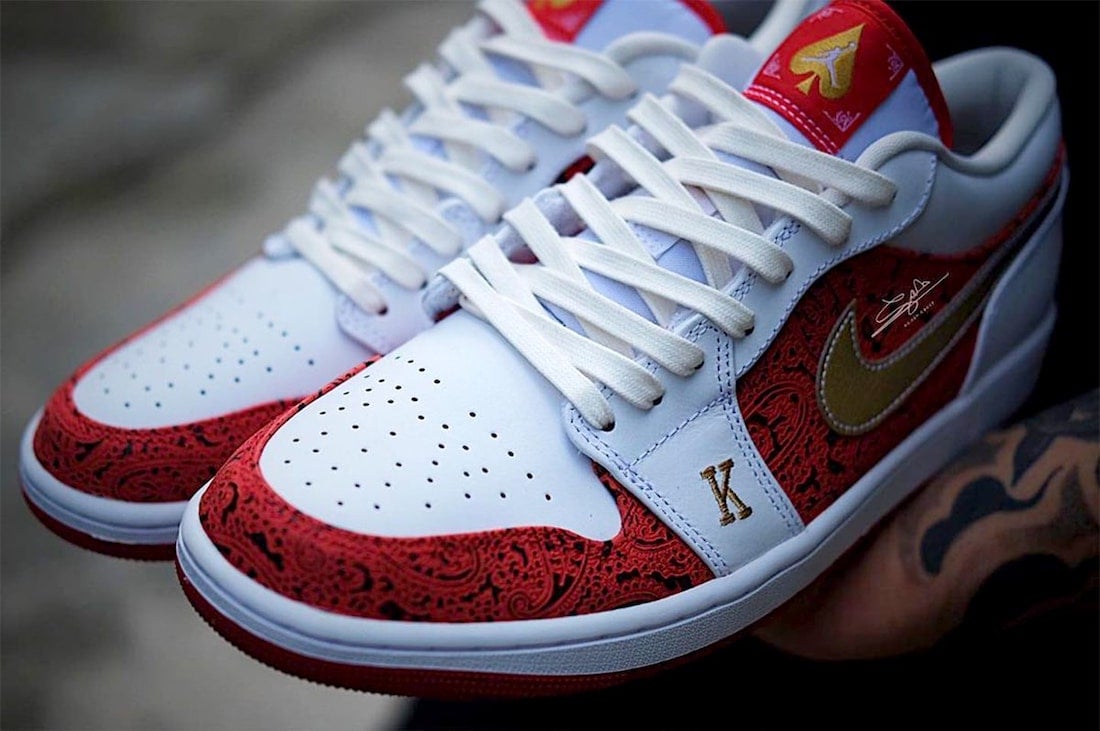 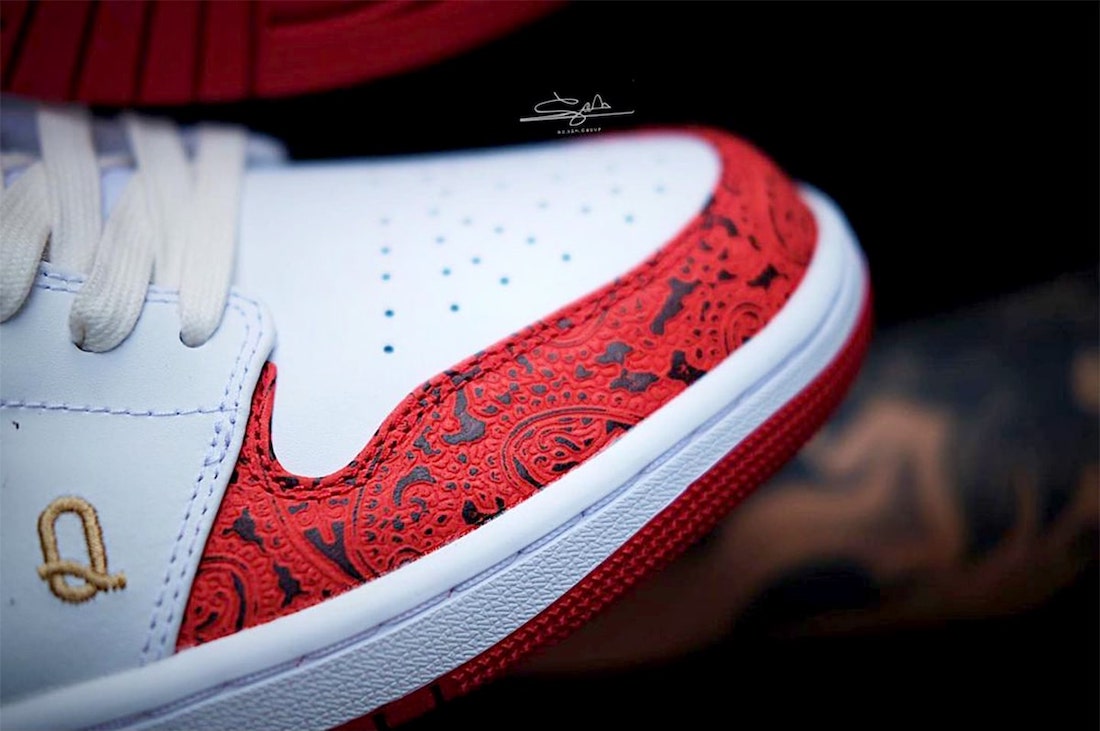 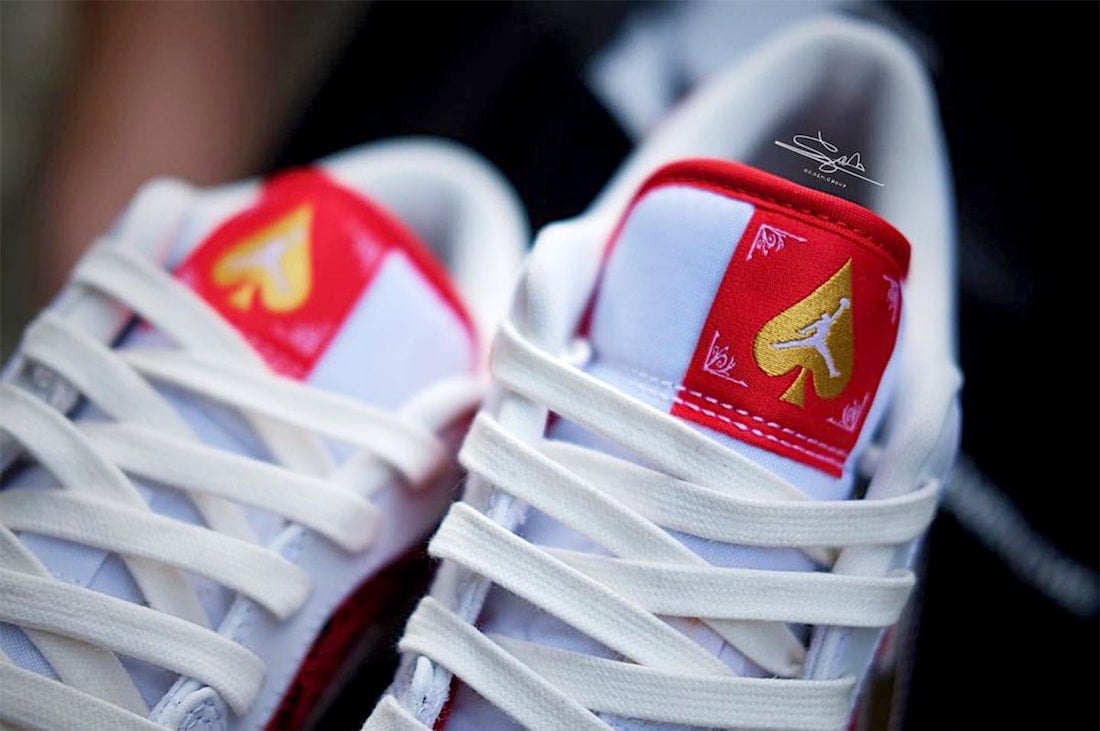 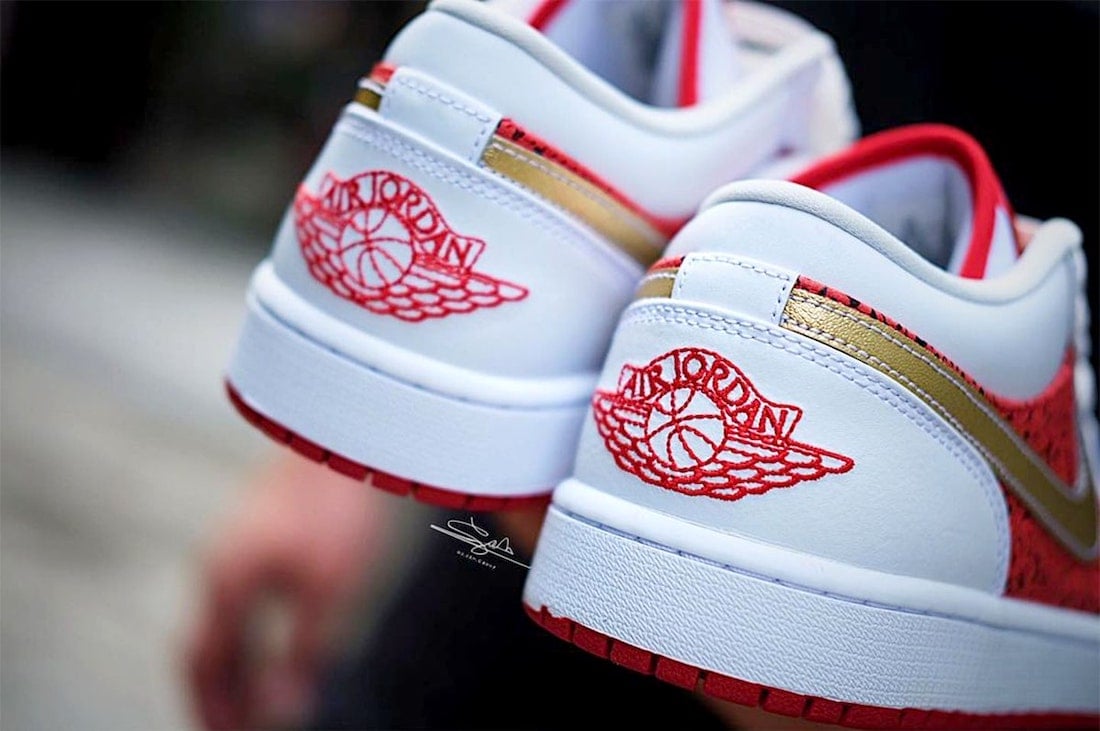 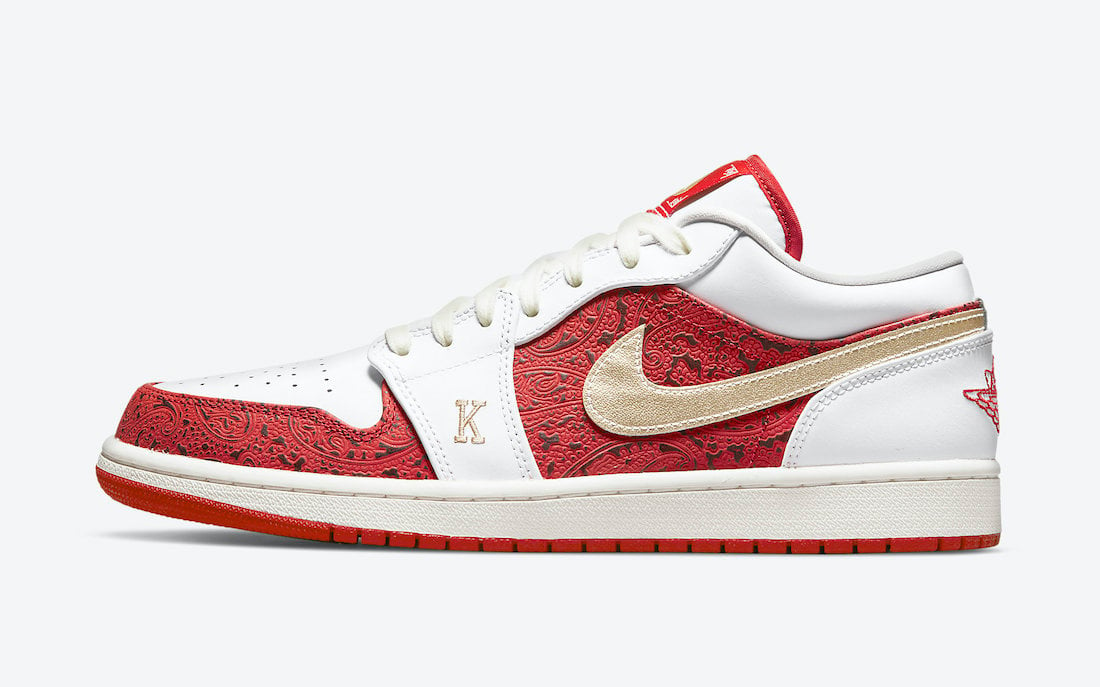 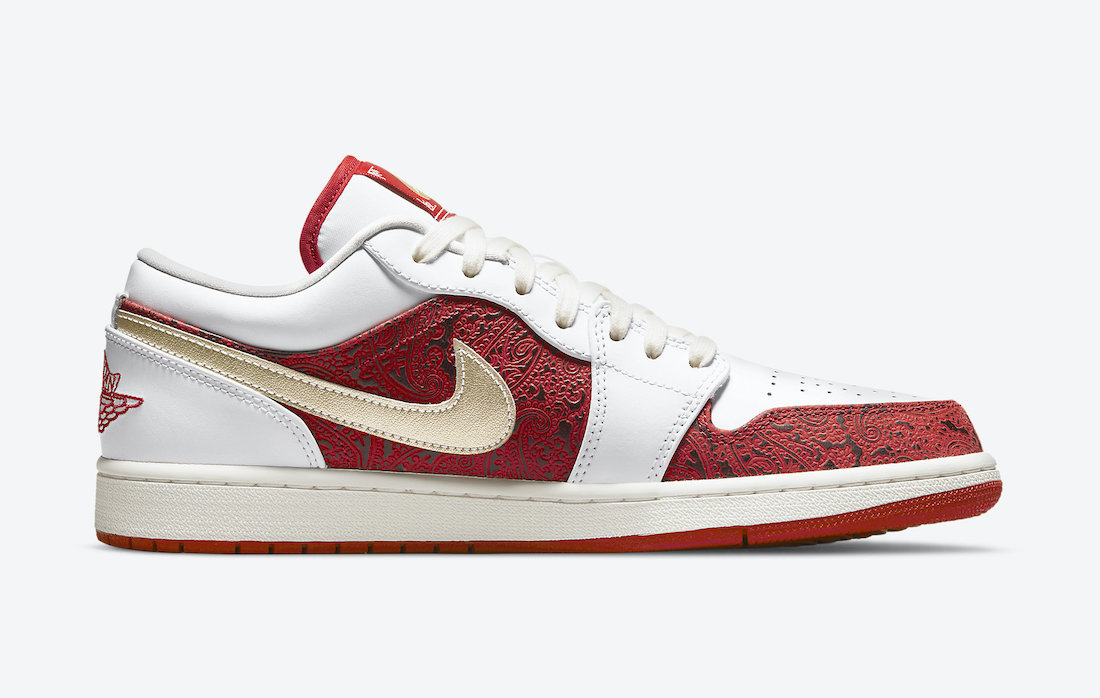 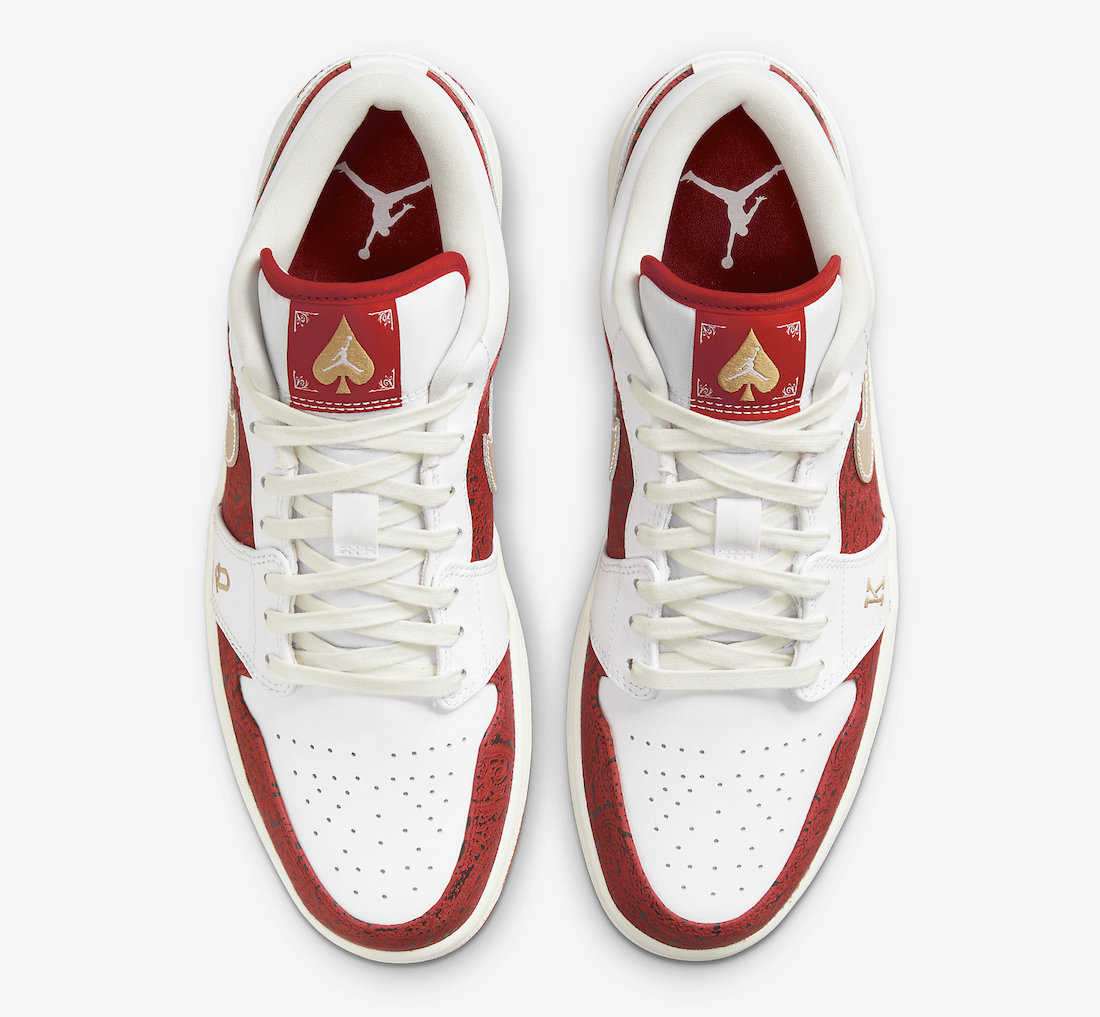 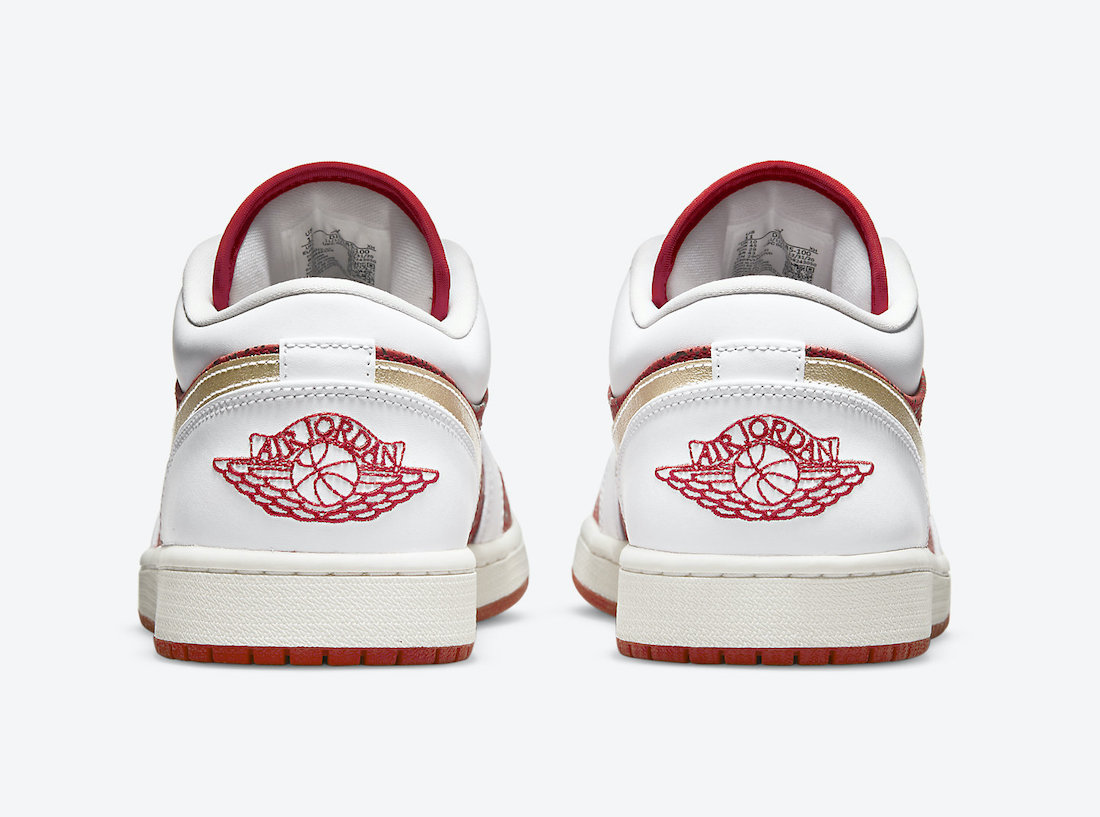 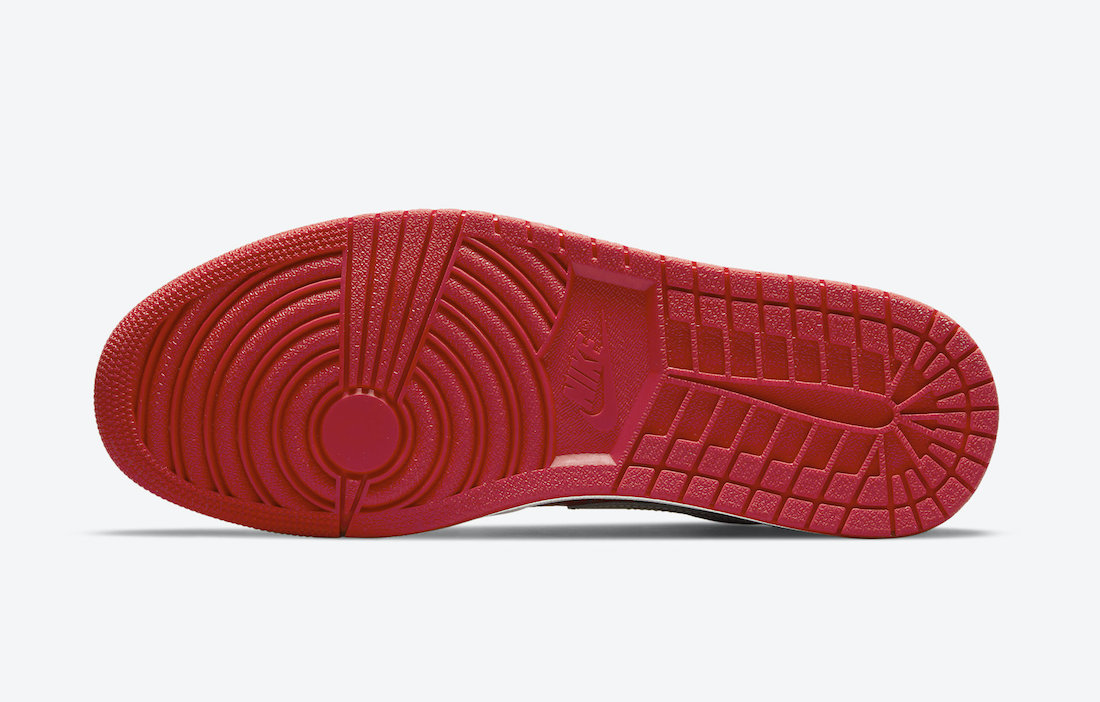 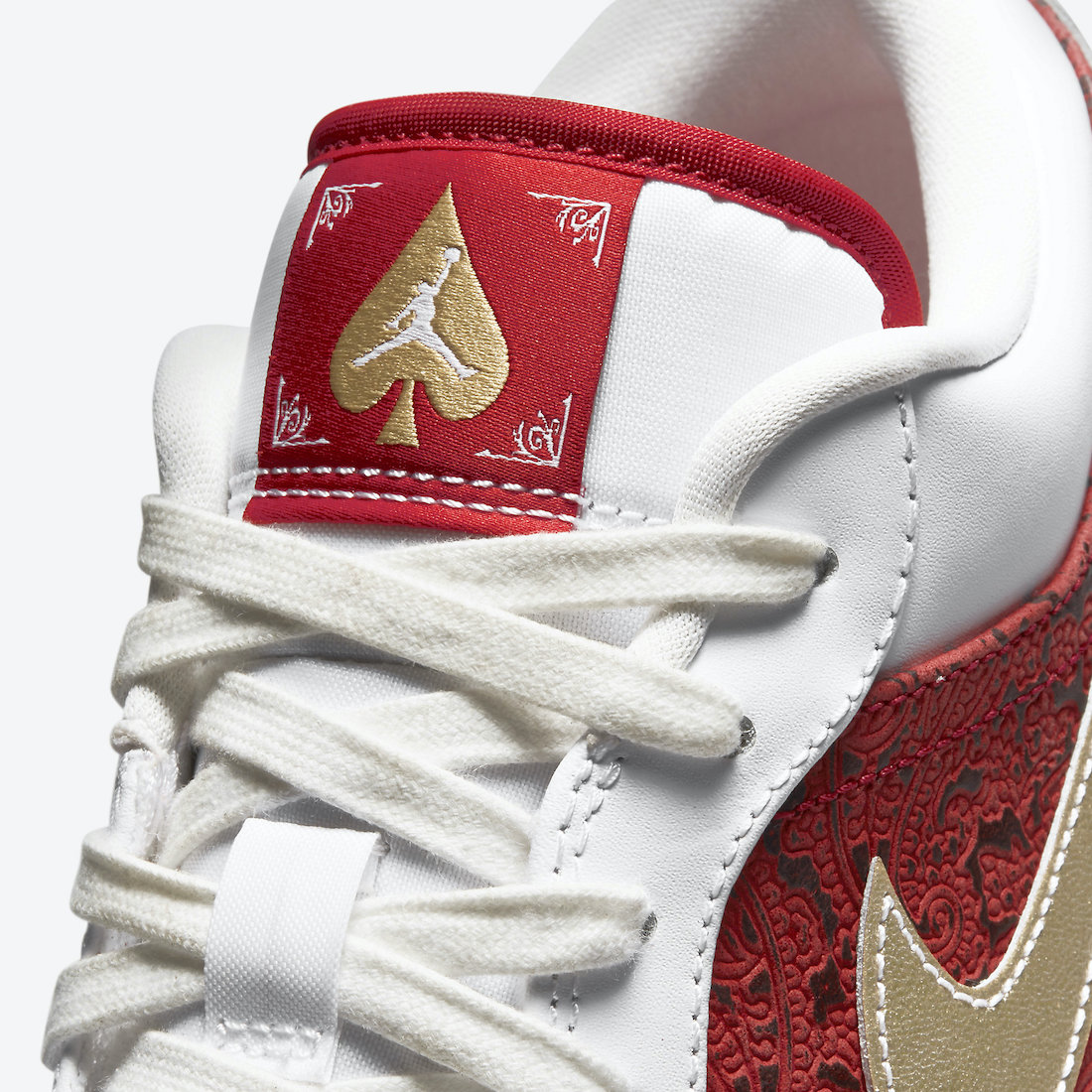 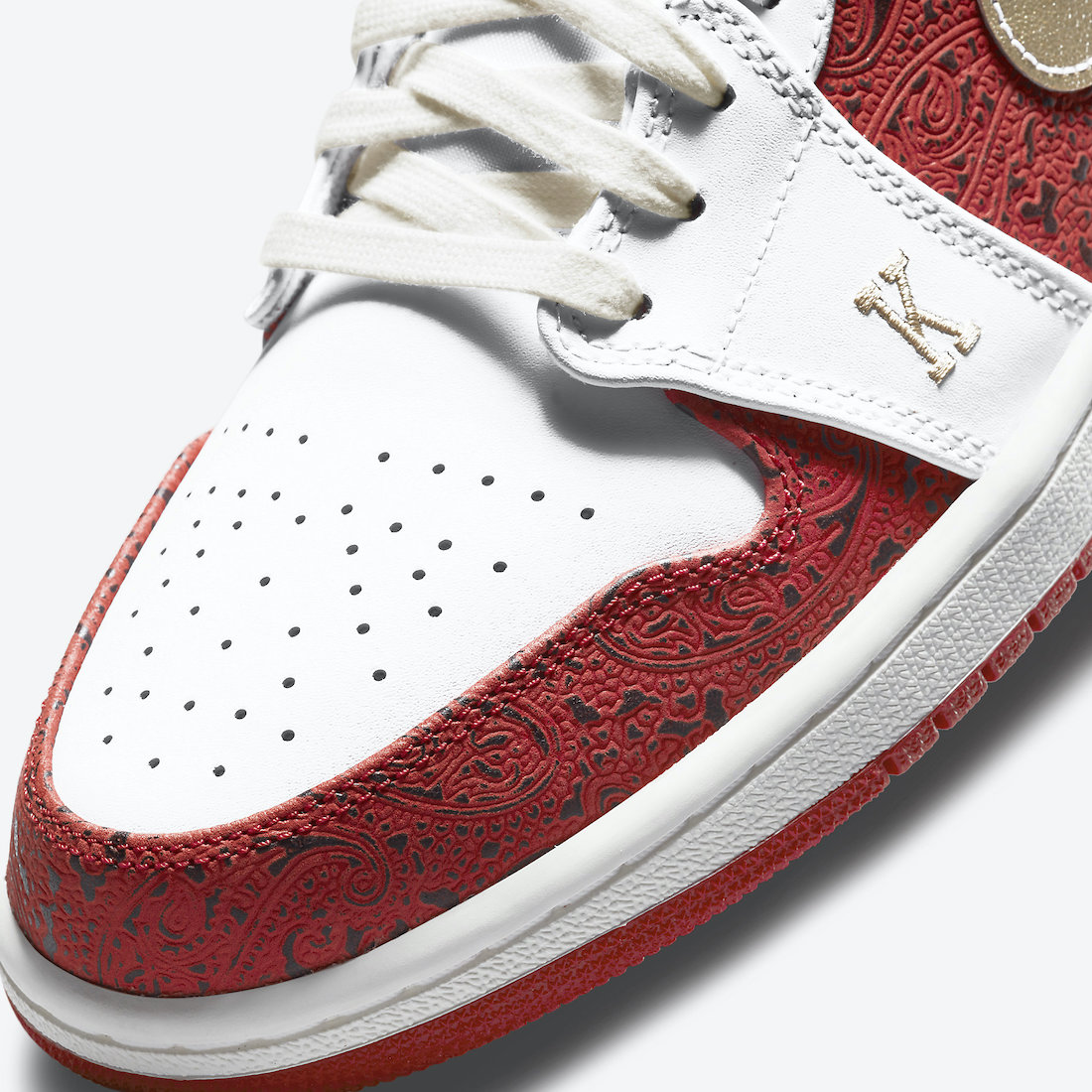 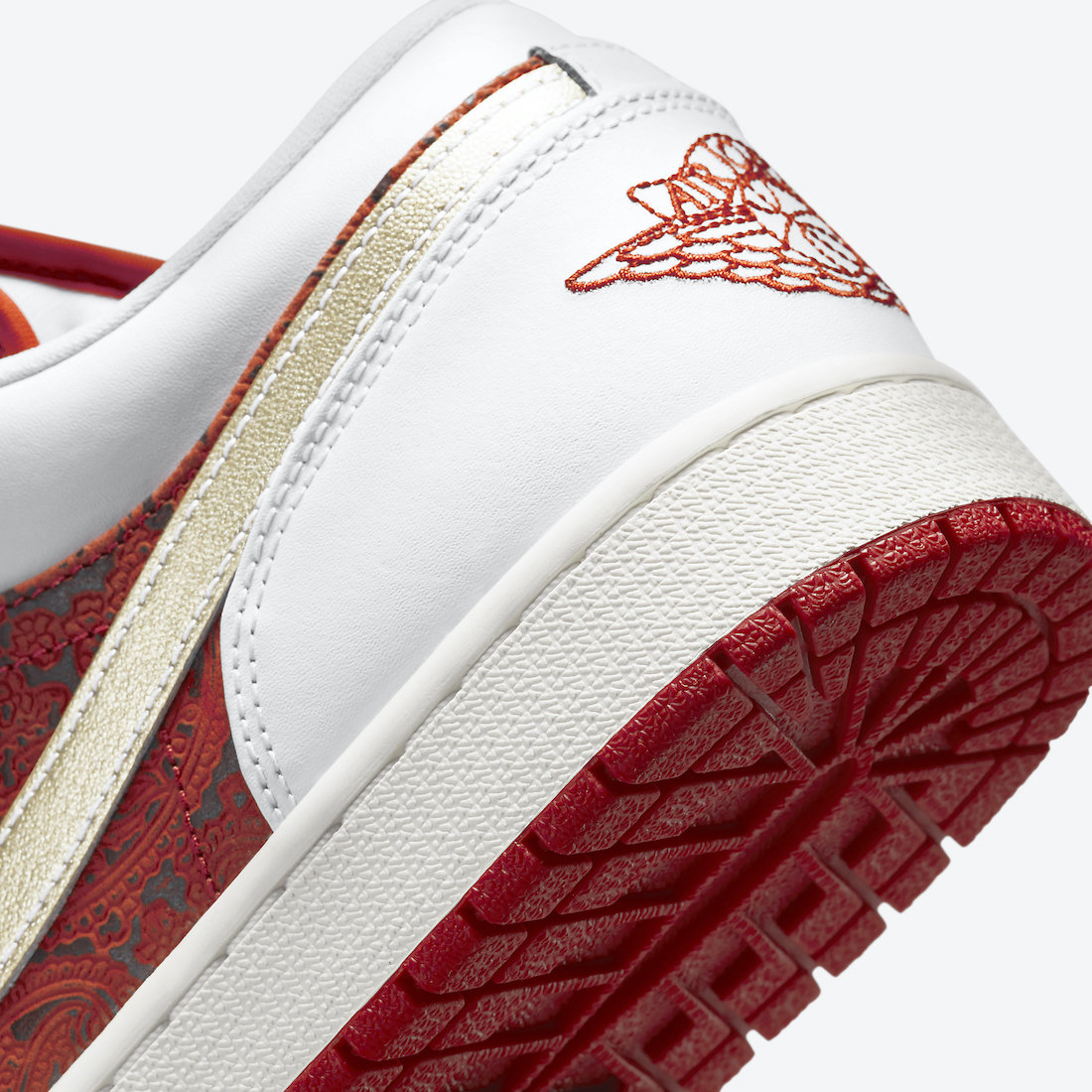 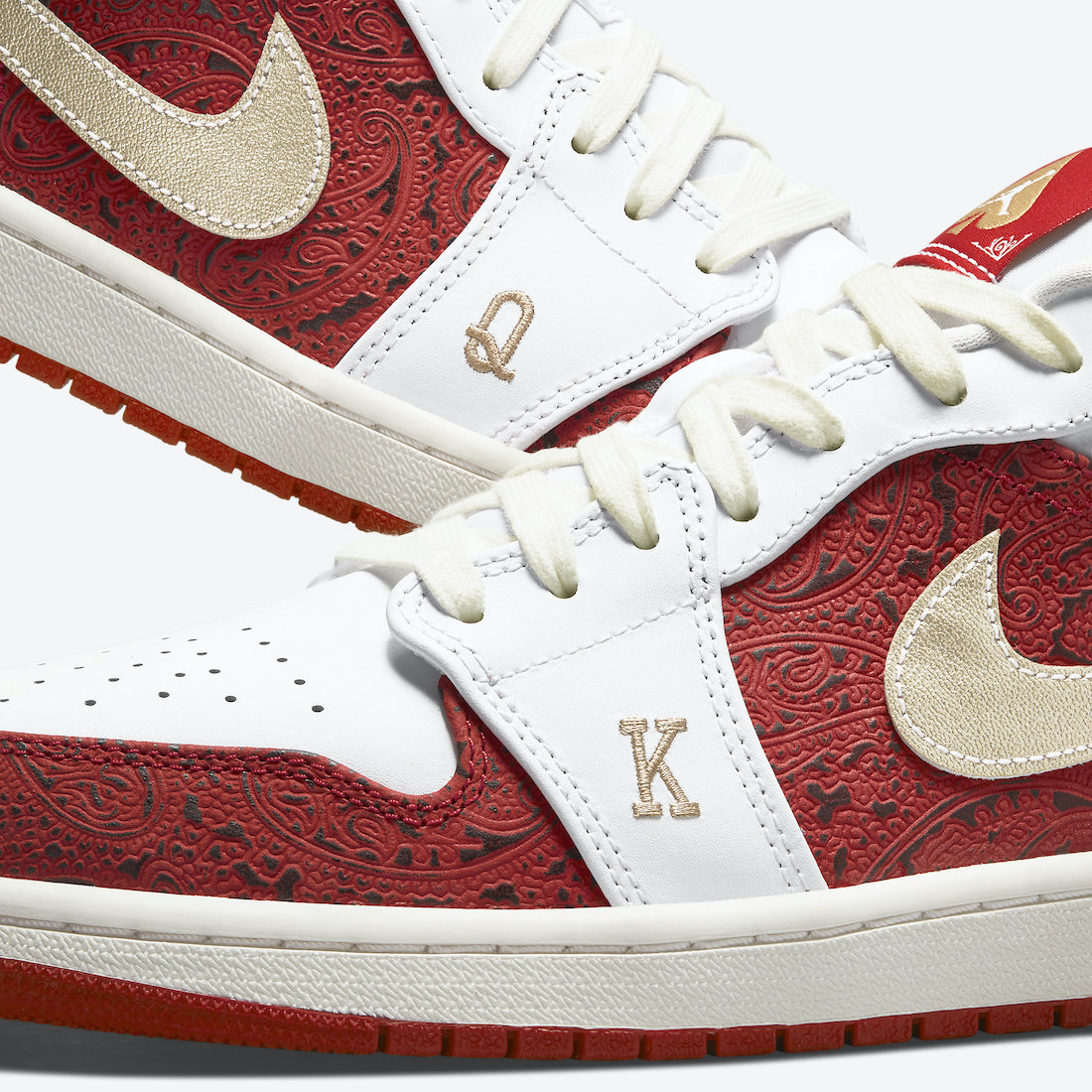