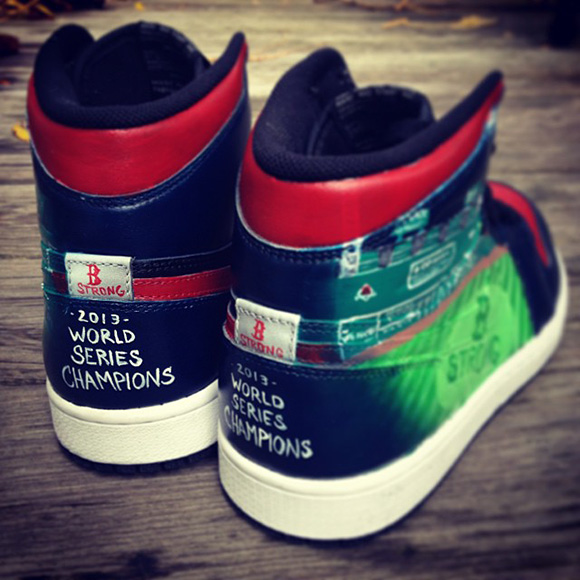 Big Papi was a monster in the championship series but without the play of other teammates such as Shane Victorino, Boston may not have captured the title with as much ease. In tribute to their recent World Series Championship victory, Fuda Customs did a 1-of-1 “Boston Strong” Air Jordan 1 for the Red Sox’ “Flyin’ Hawaiian.” Murals of Victorino blasting a grand slam in the league championship on the outside of the left shoe and a view of center field with “Boston Strong” carved into the outfield for the right shoe. The inside halves including the rest of the panels and the toebox are the Red Sox team colors, Navy and Red. The heel tabs also embrace the “Boston Strong” theme with commemoration to their 2013 World Series Championship hand-painted underneath.

This shoe shows much more than just a game, the Red Sox picked up their entire city with their win in the World Series and for Fuda Customs to incorporate everything that has gone on in one picture is very impressive. How do you feel about the Fuda Customs Air Jordan 1 “Boston Strong”? Let us know in the comments section below and stay tuned to Sneakerfiles for more updates on everything sneakers! 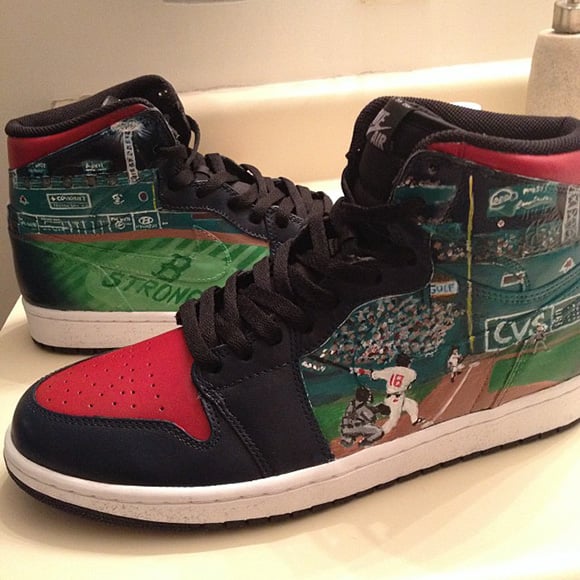 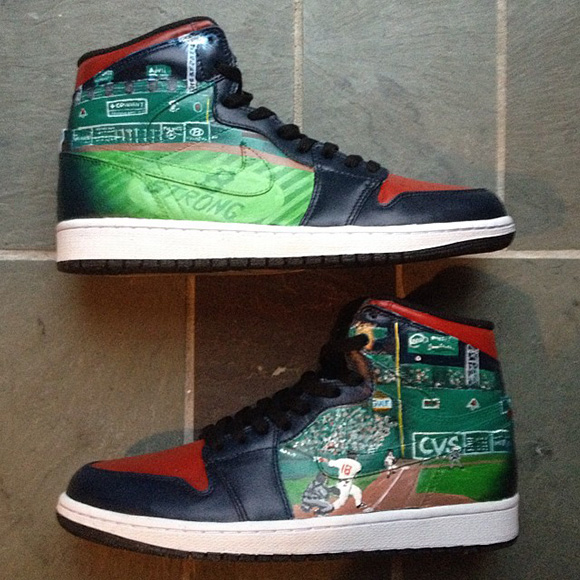 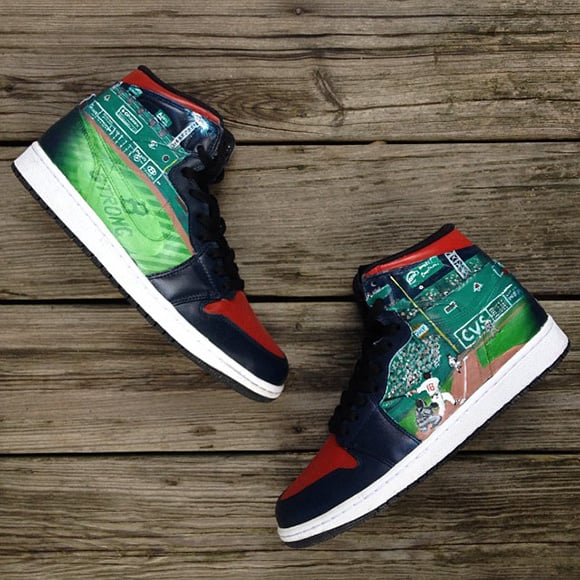 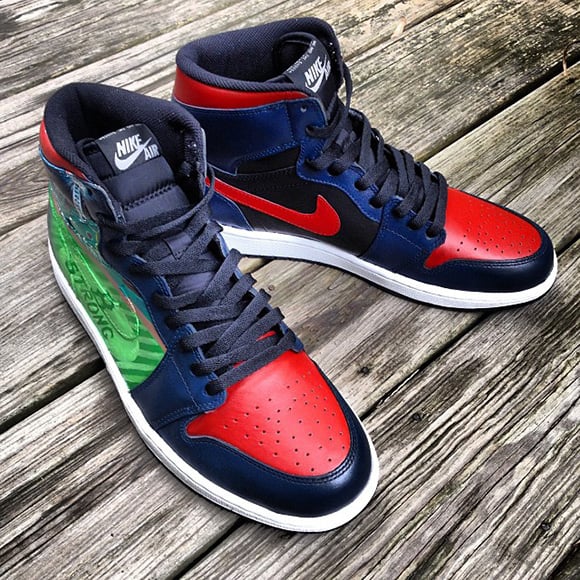 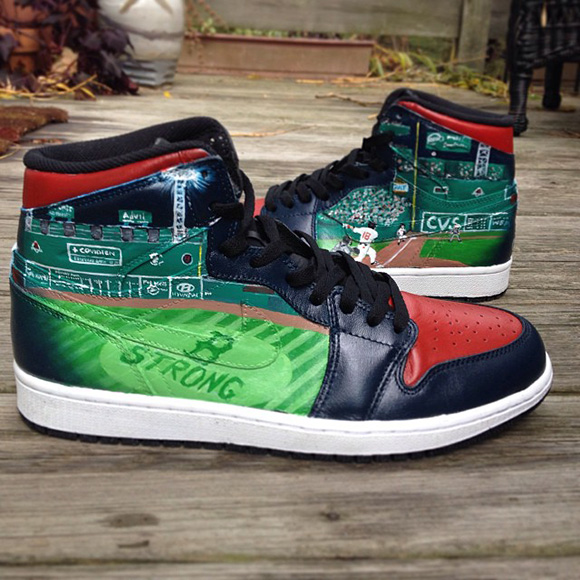