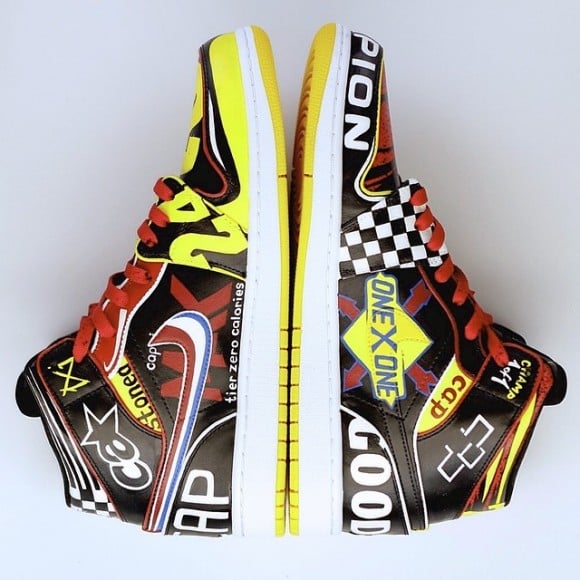 If you’re not into the whole NASCAR thing, then you probably don’t know who the fastest man (with a car) alive is, Mr. Jeff Gordon! Professional sneaker artist, El Cappy, was inspired by the NASCAR champ and created a new pair of custom Air Jordan 1s.

The Air Jordan 1 “Air Gordon” customs by El Cappy have a black leather base, with bright yellow, red and blue accenting featured all over the shoes. The “Air Gordon” shoes are fully outfitted to resemble the cars that Jeff Gordan races in, and different sponsors of his can be seen throughout them, like Good Year and Chevy. El Cappy’s sense of humor shines bright with these customs, making references to the sponsors, with a spin on their logos. Checkerboard, racing flag patterns, and Gordon’s “24” can be seen on the inside of the shoes. Red lacing pulls these shoes together, while a clean white midsole, layered by a yellow outsole, provide some neat contrast to the busy uppers.

El Cappy’s always got something up his sleeves, that’s what has built his name in the custom footwear market. We’re not sure if we’ll be seeing these on Jeff Gordon’s feet anytime soon, but if we do, we’ll let you know! Get a closer look at these down below! 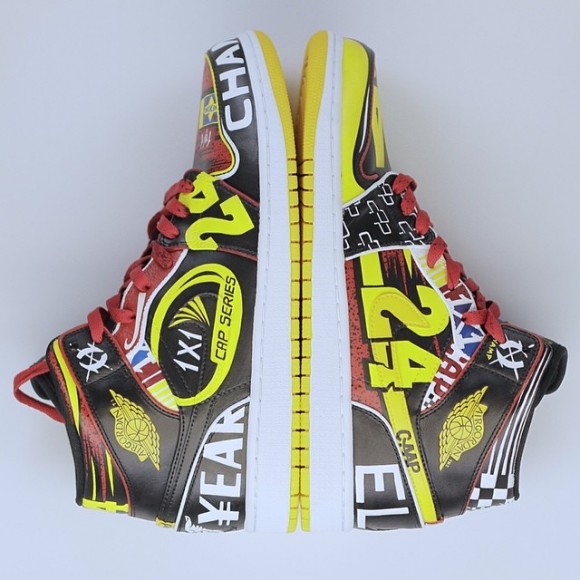 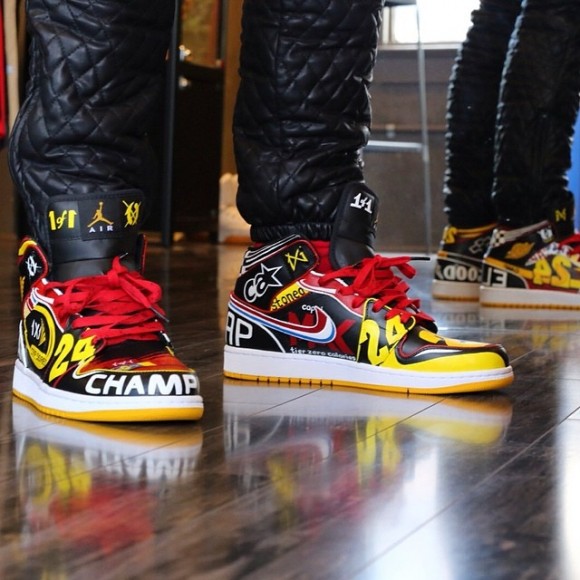