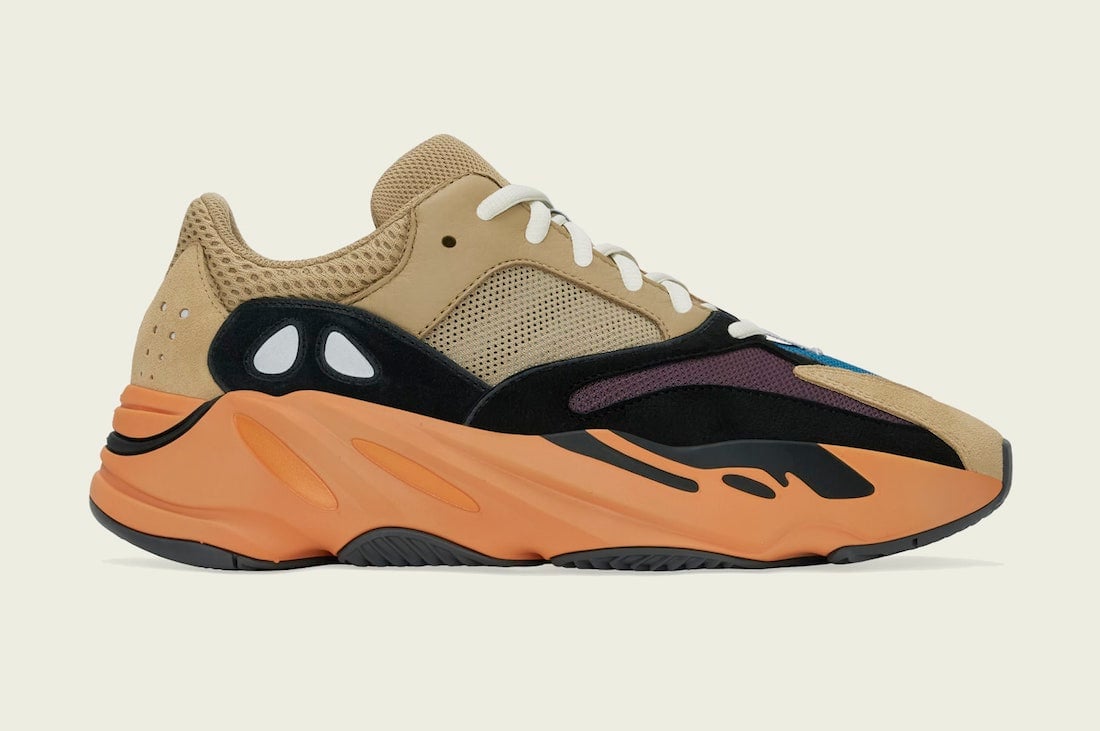 This adidas Yeezy Boost 700 comes with Dark Beige across the uppers while the same shade adorns the suede and mesh. Next, a lighter shade appears on the laces and Brown lays on part of the side. Furthermore, a bit of Turquoise lands on the toe box, and reflective hits the Three Stripes beneath the mesh. Finally, we have an Orange midsole and a Black rubber outsole which finishes the look.

You can expect the adidas Yeezy Boost 700 ‘Enflame Amber’ to release at select retailers and adidas.com/Yeezy June 11th. The retail price is $240. Continue to scroll below for more images that will give you a closer look. 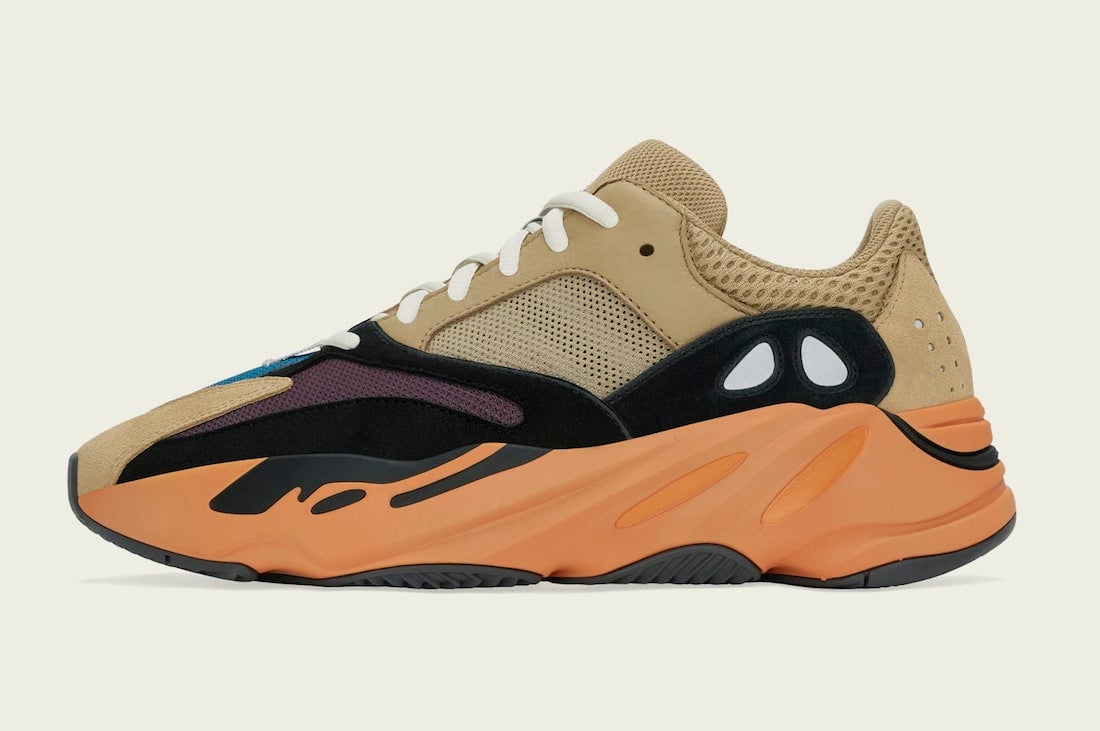 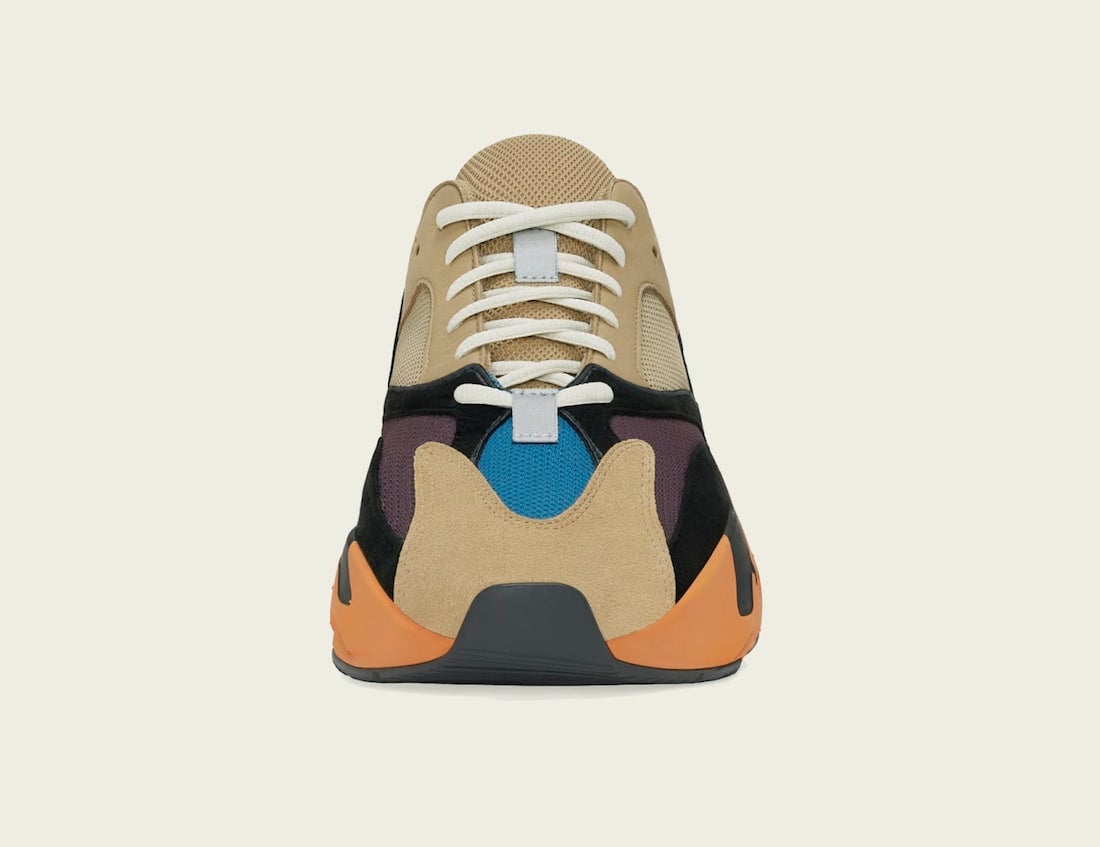 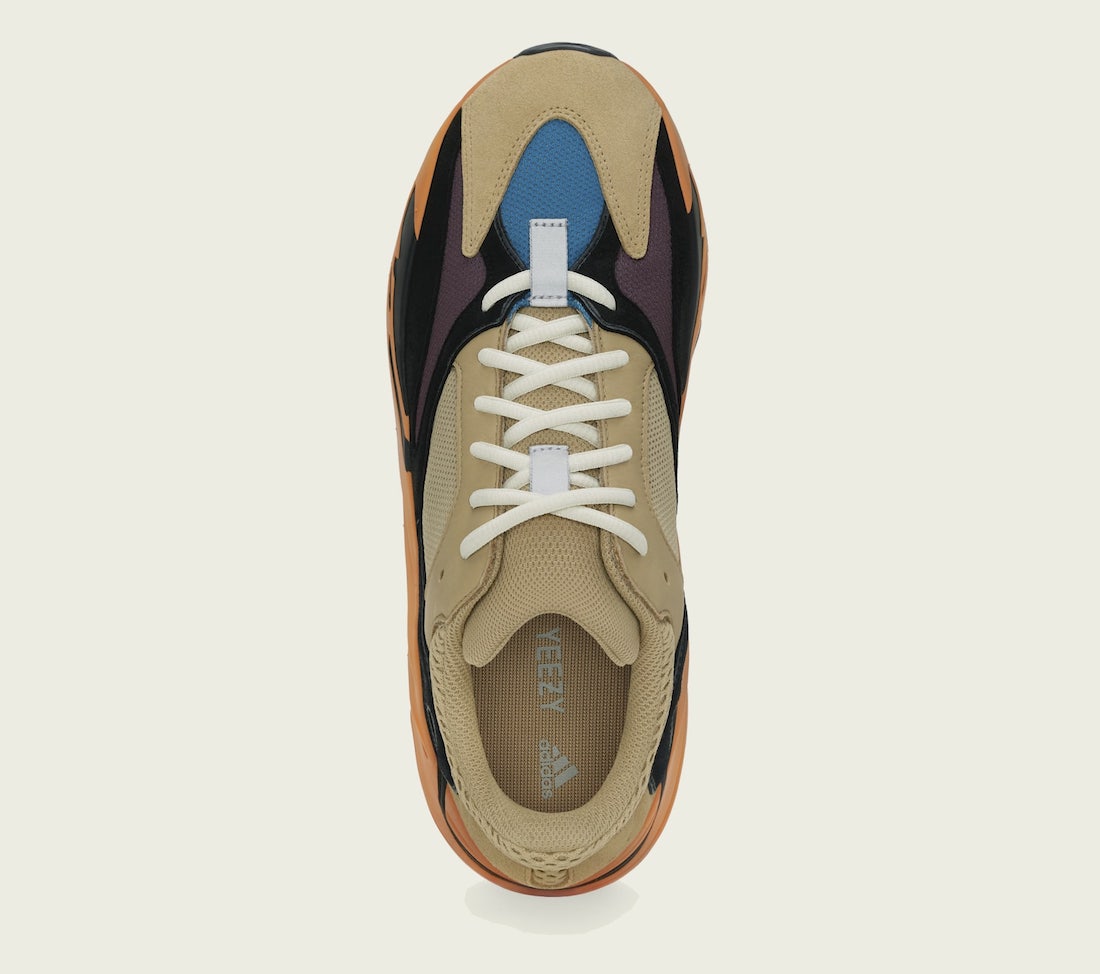 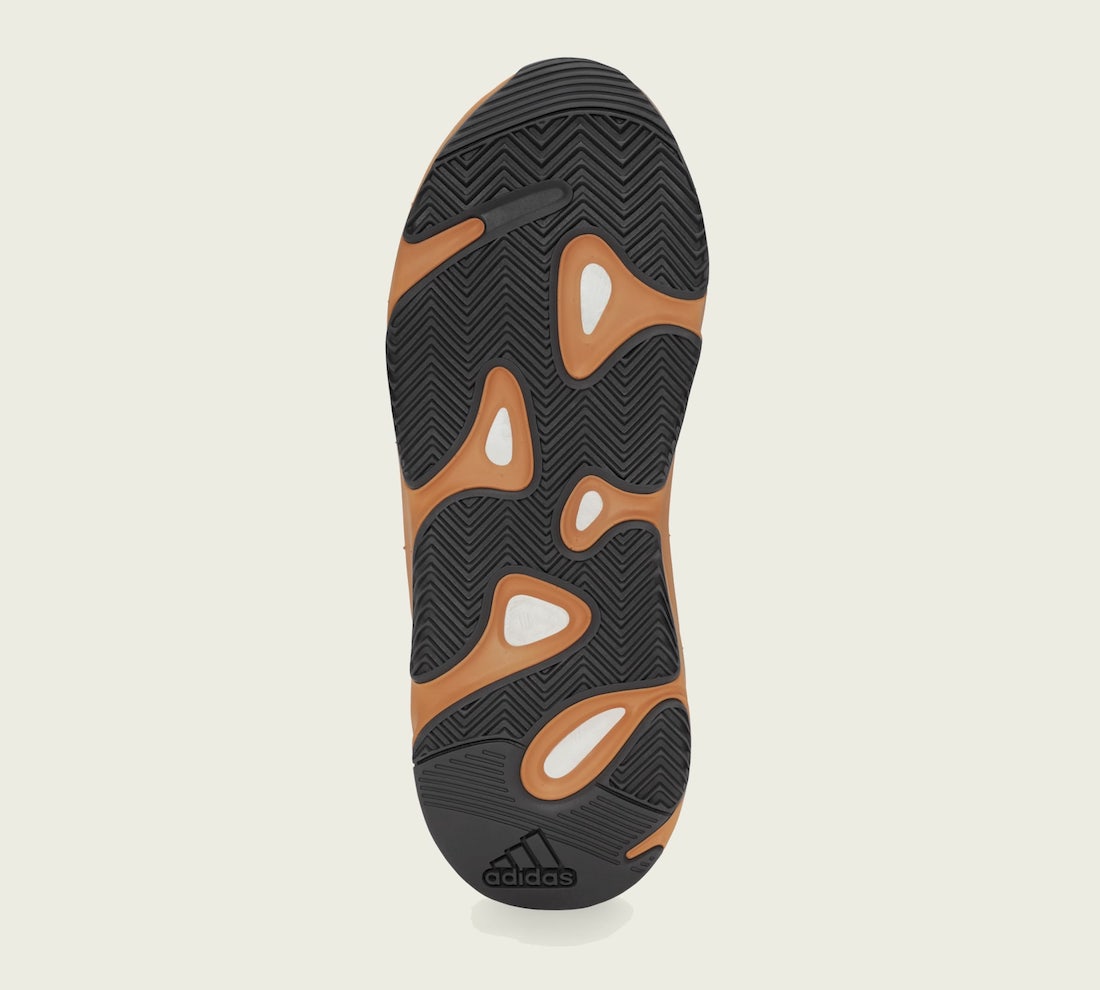 Update (5/14): We now have a first look at the ‘Enflame Amber’ adidas Yeezy Boost 700 that will debut on June 11th. Images via influencevisions_. 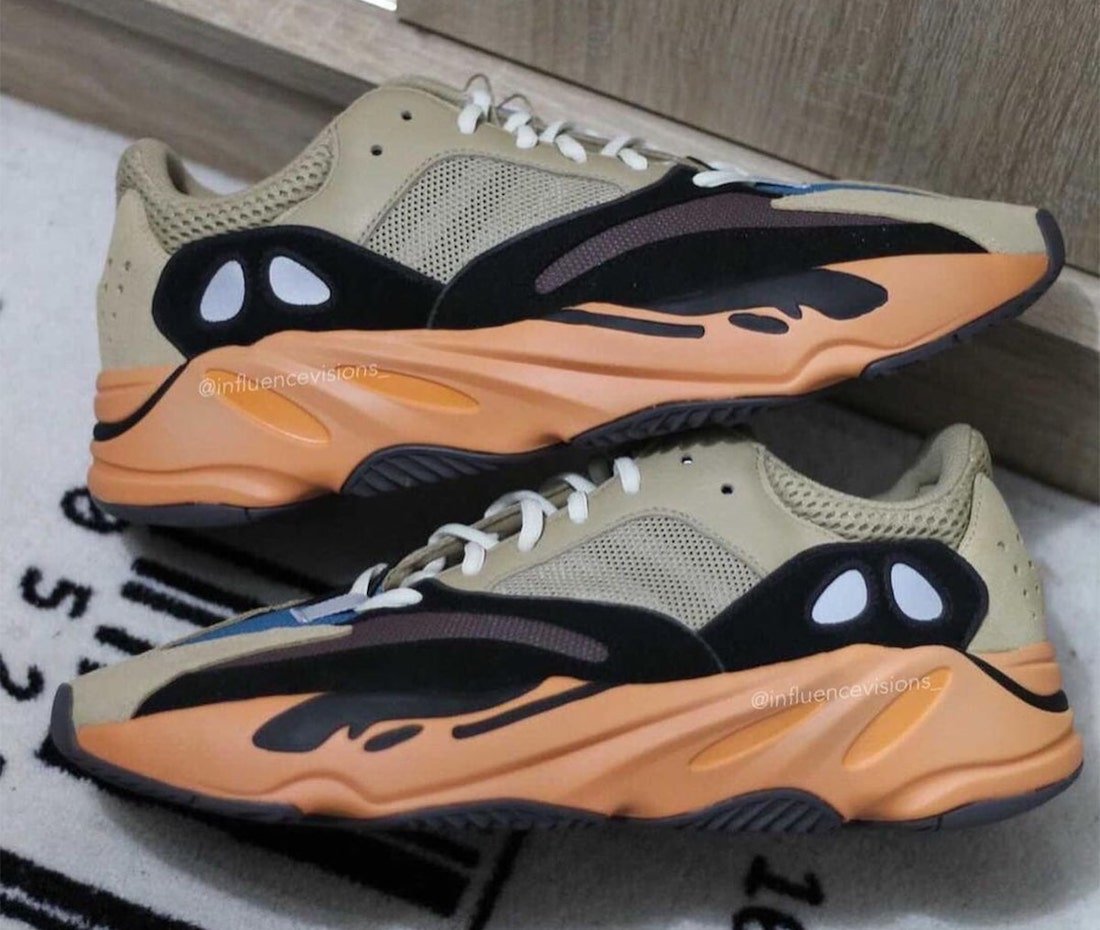 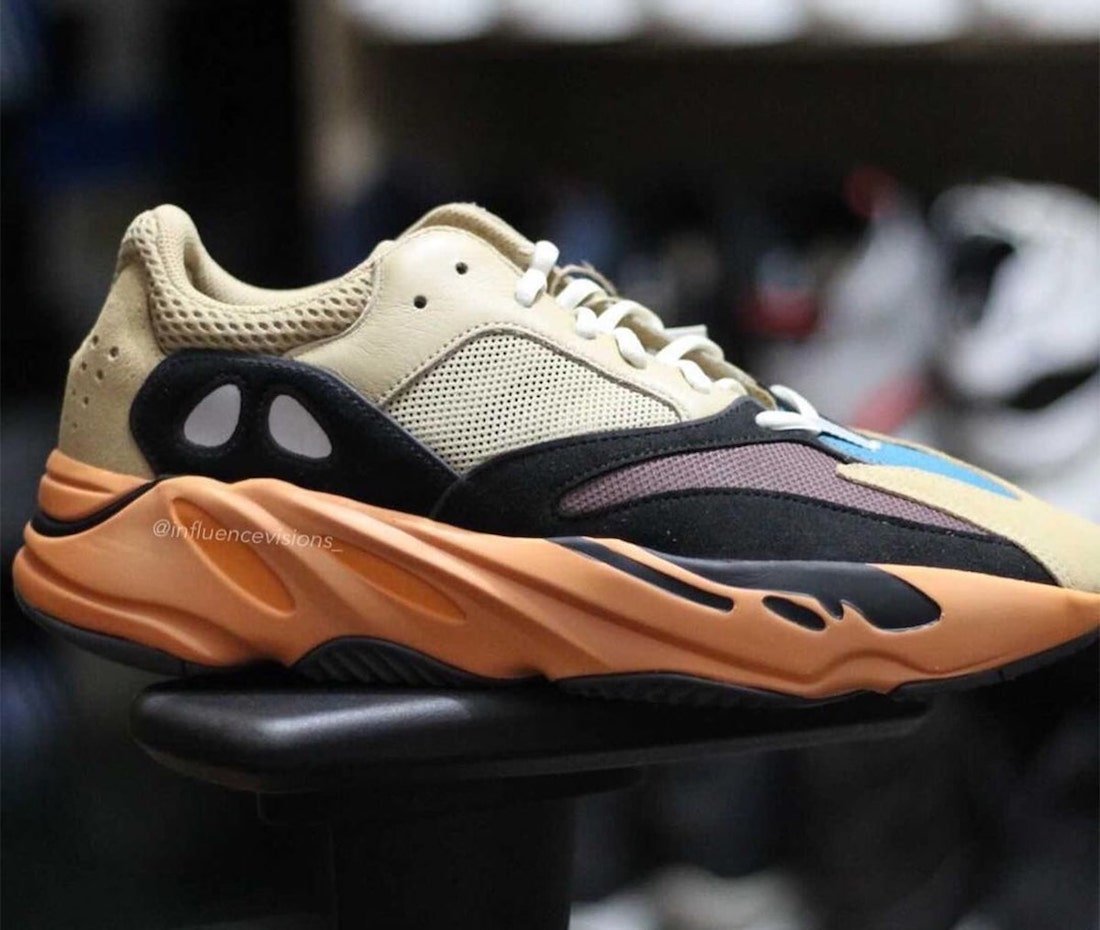 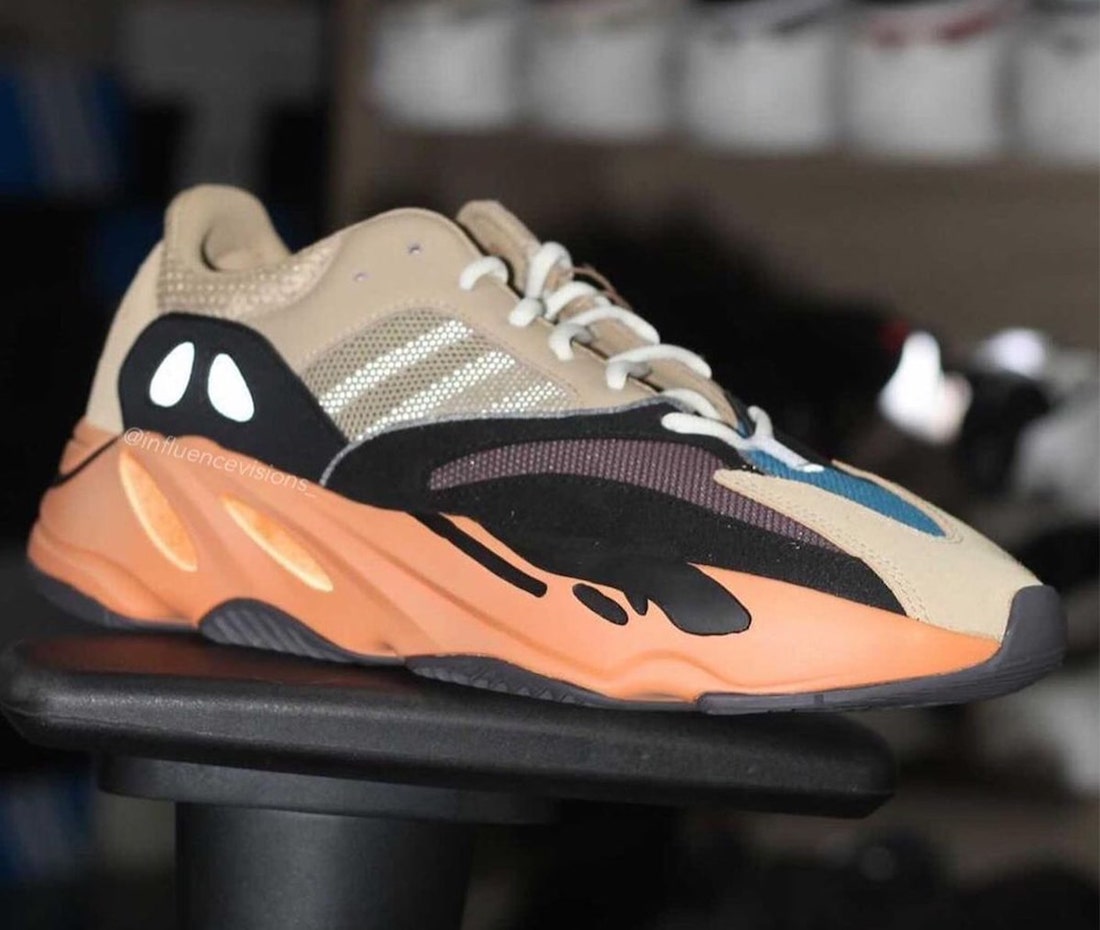 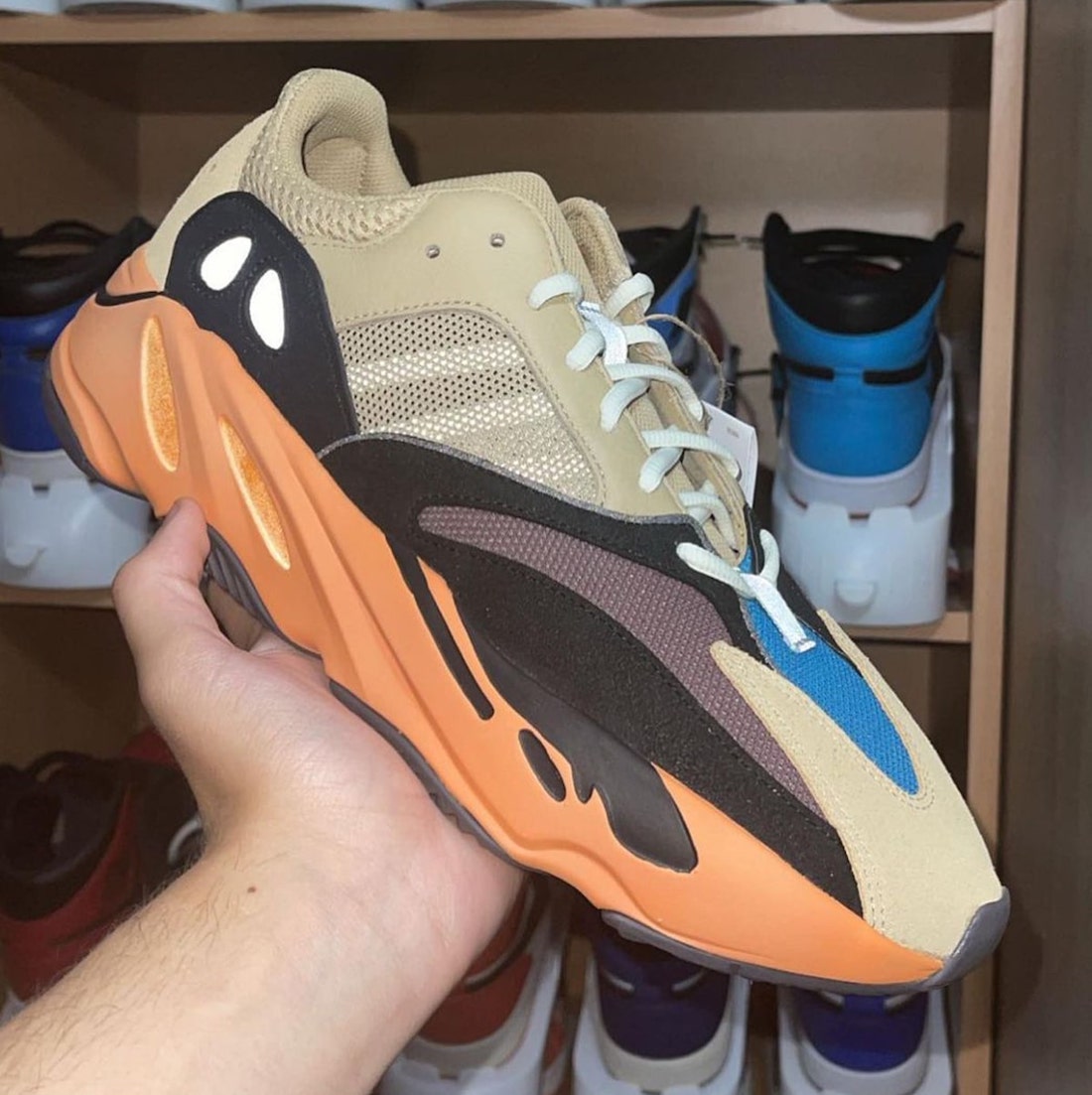 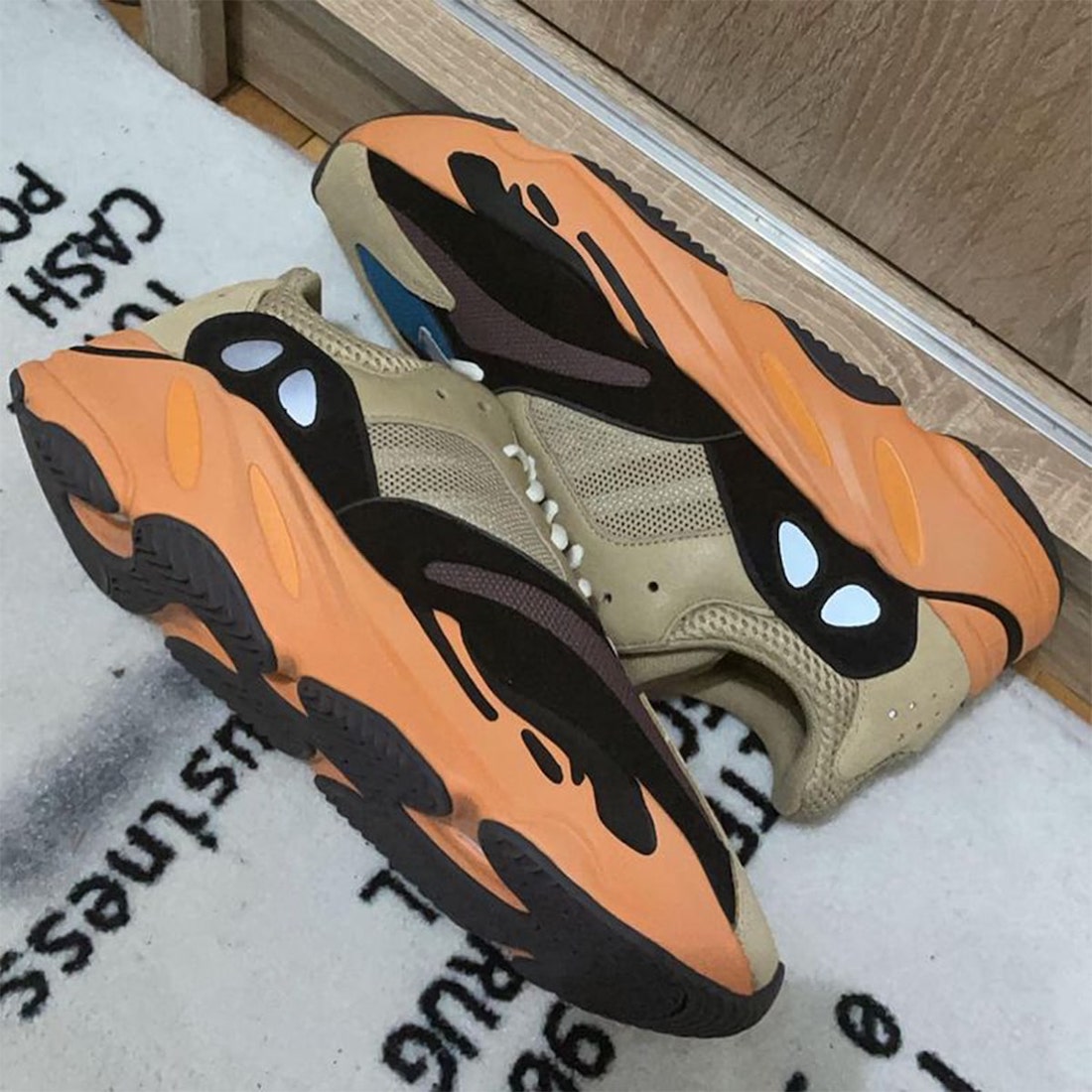 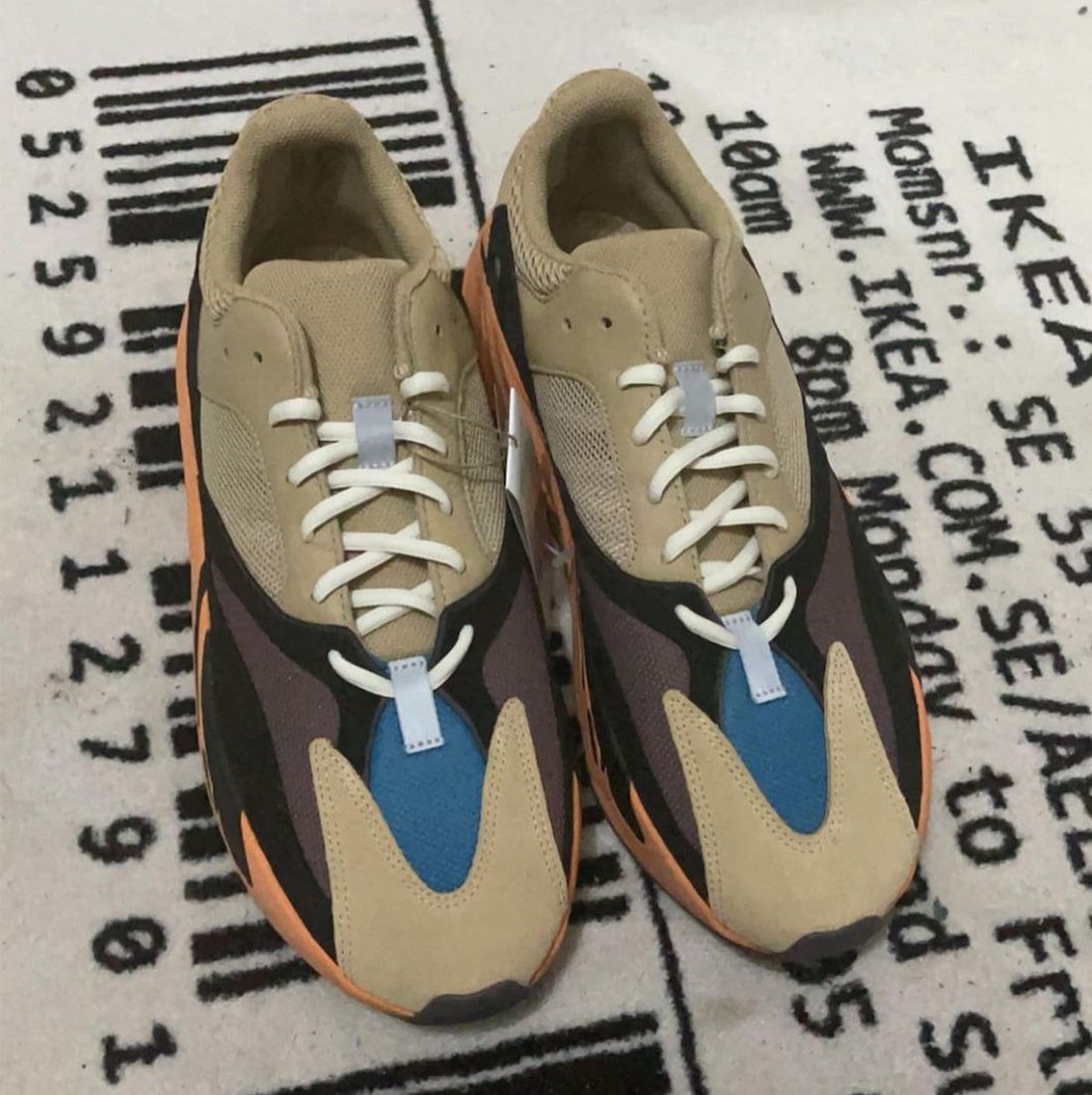 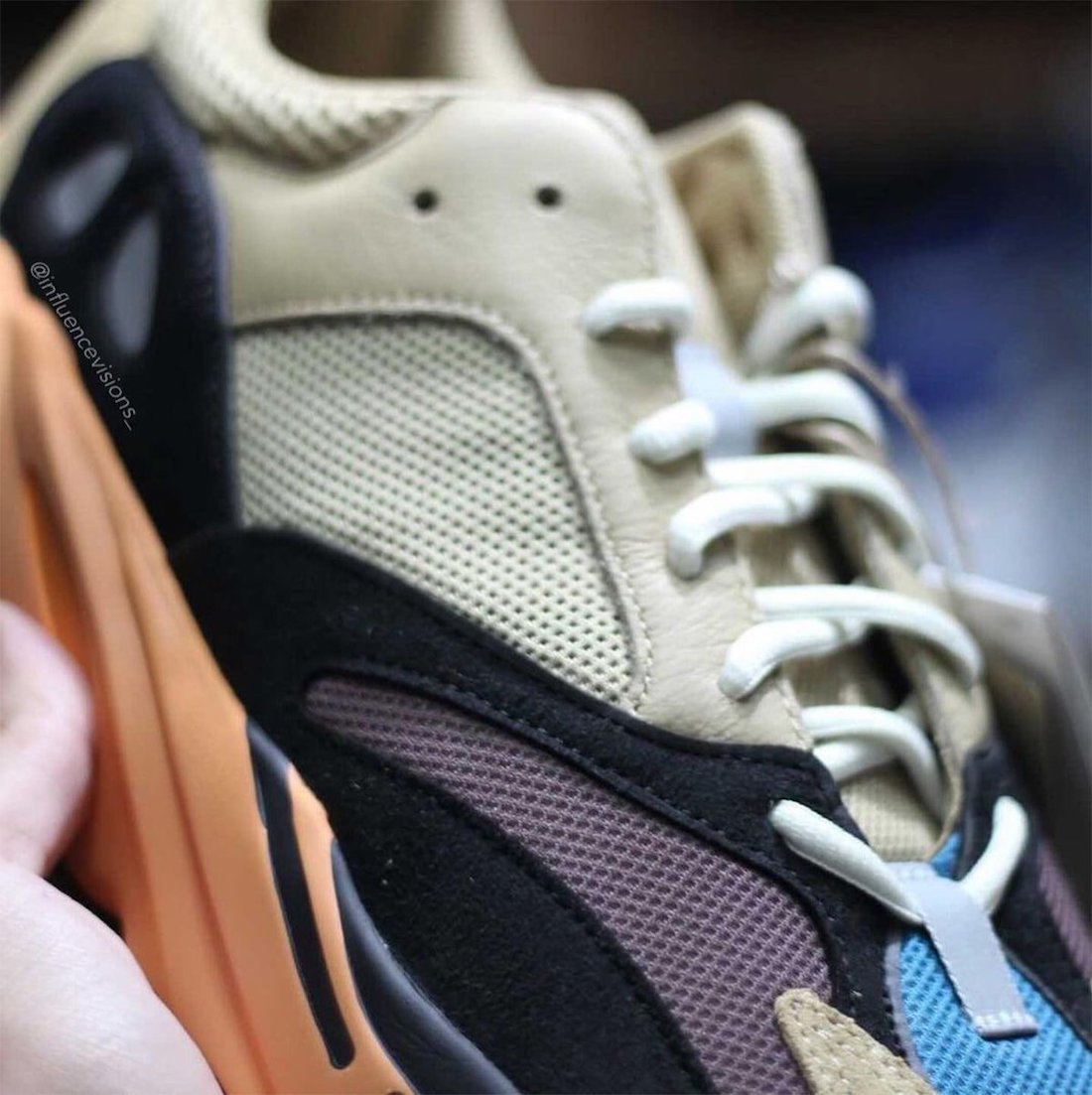 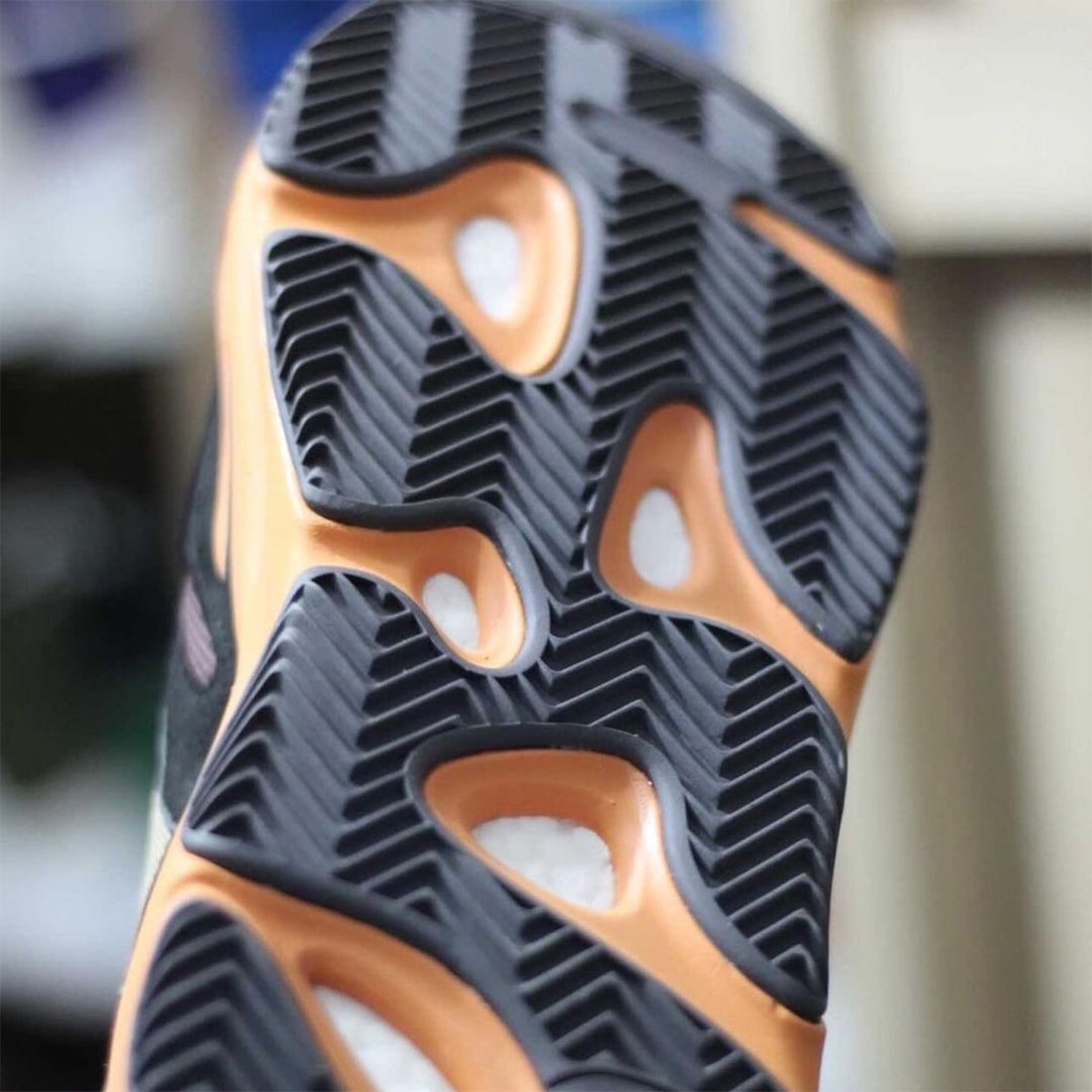 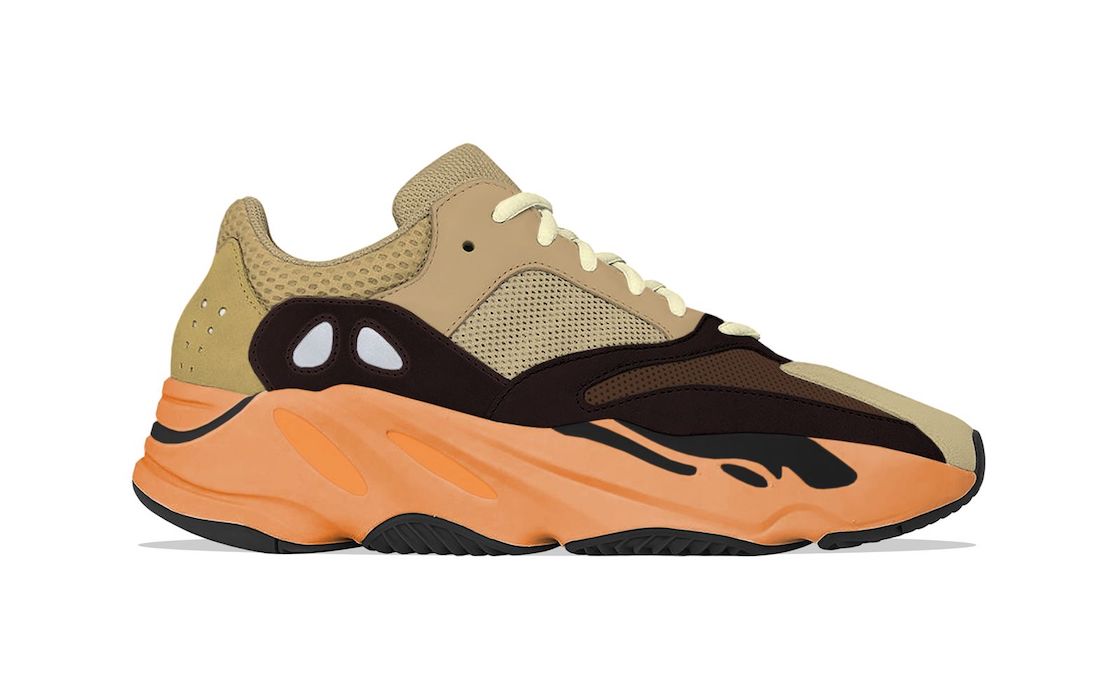 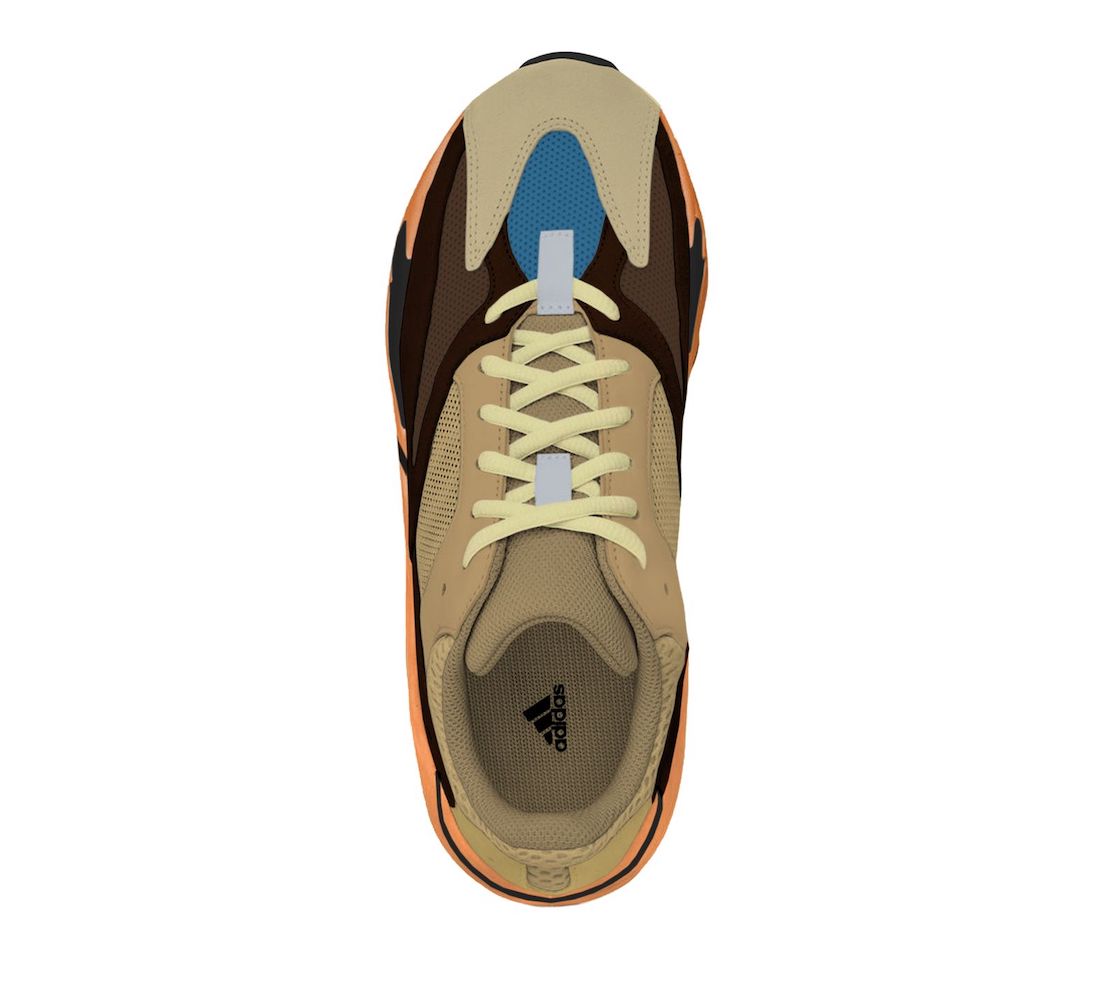 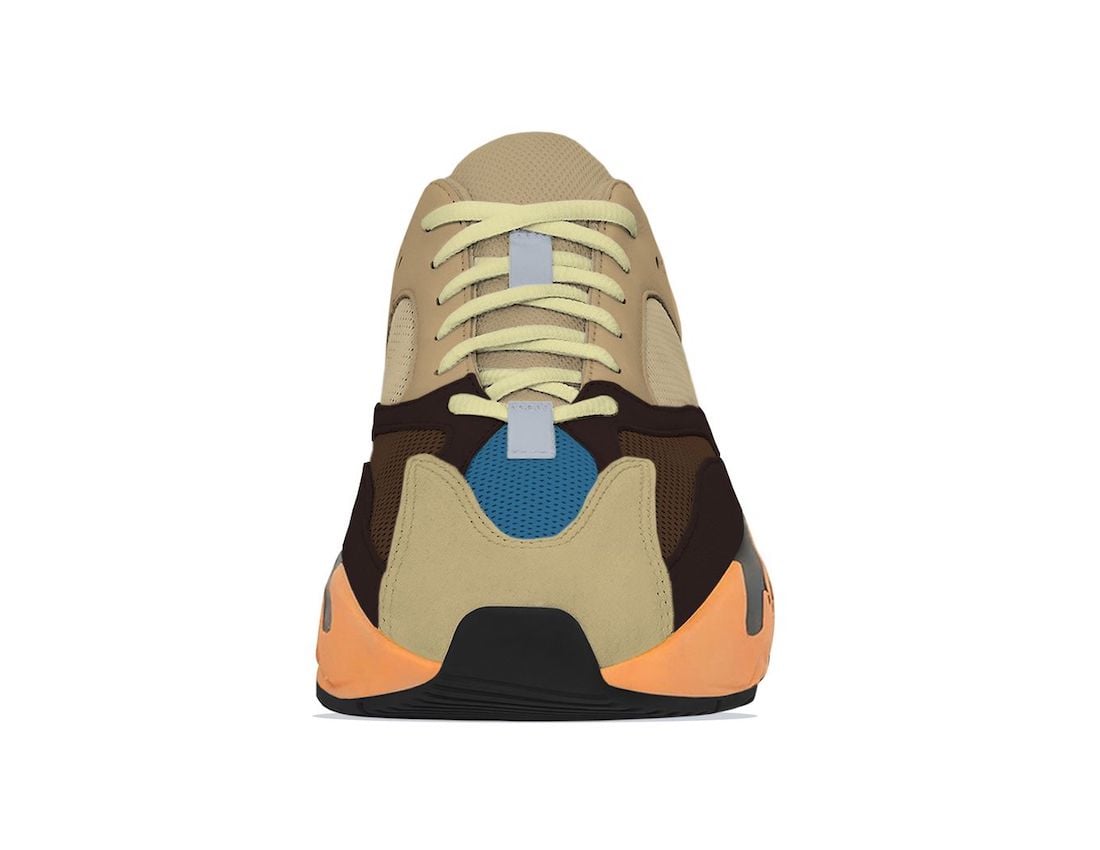 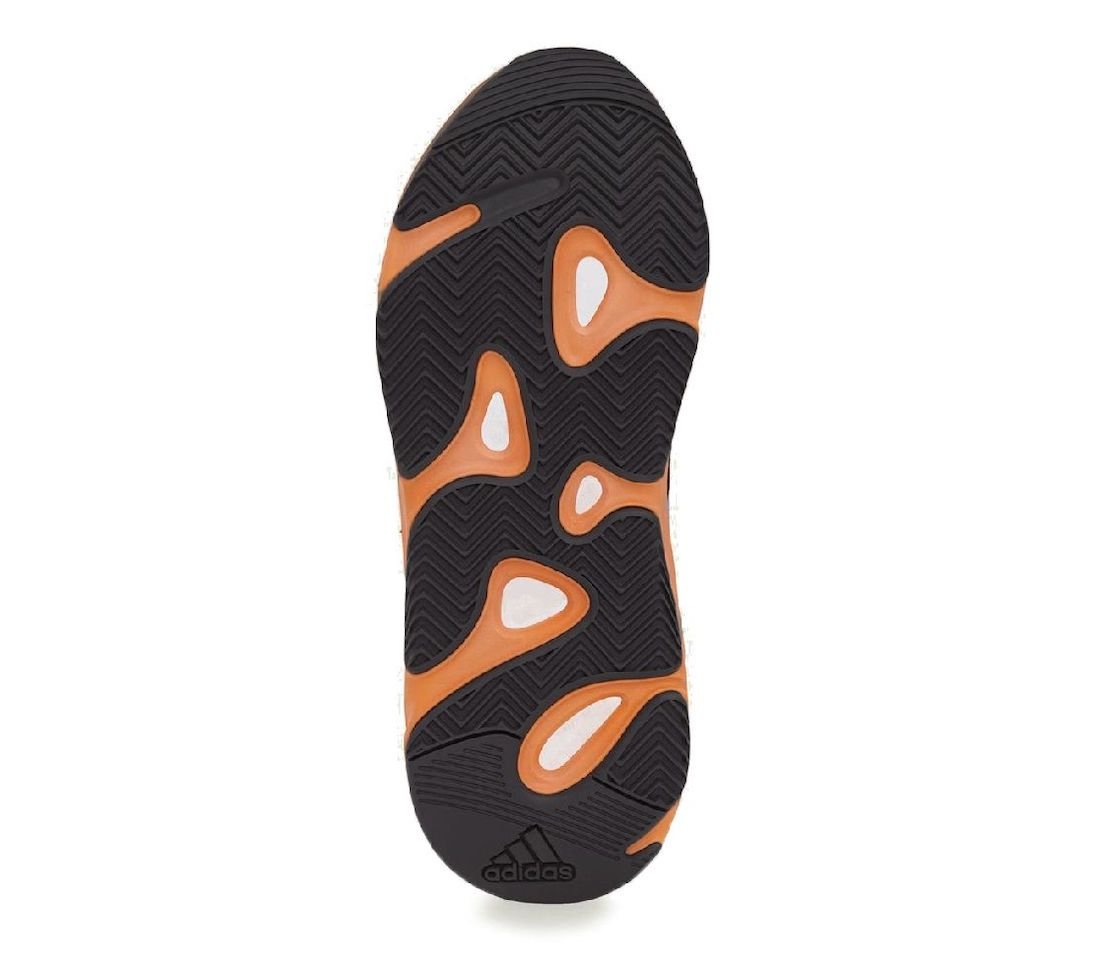