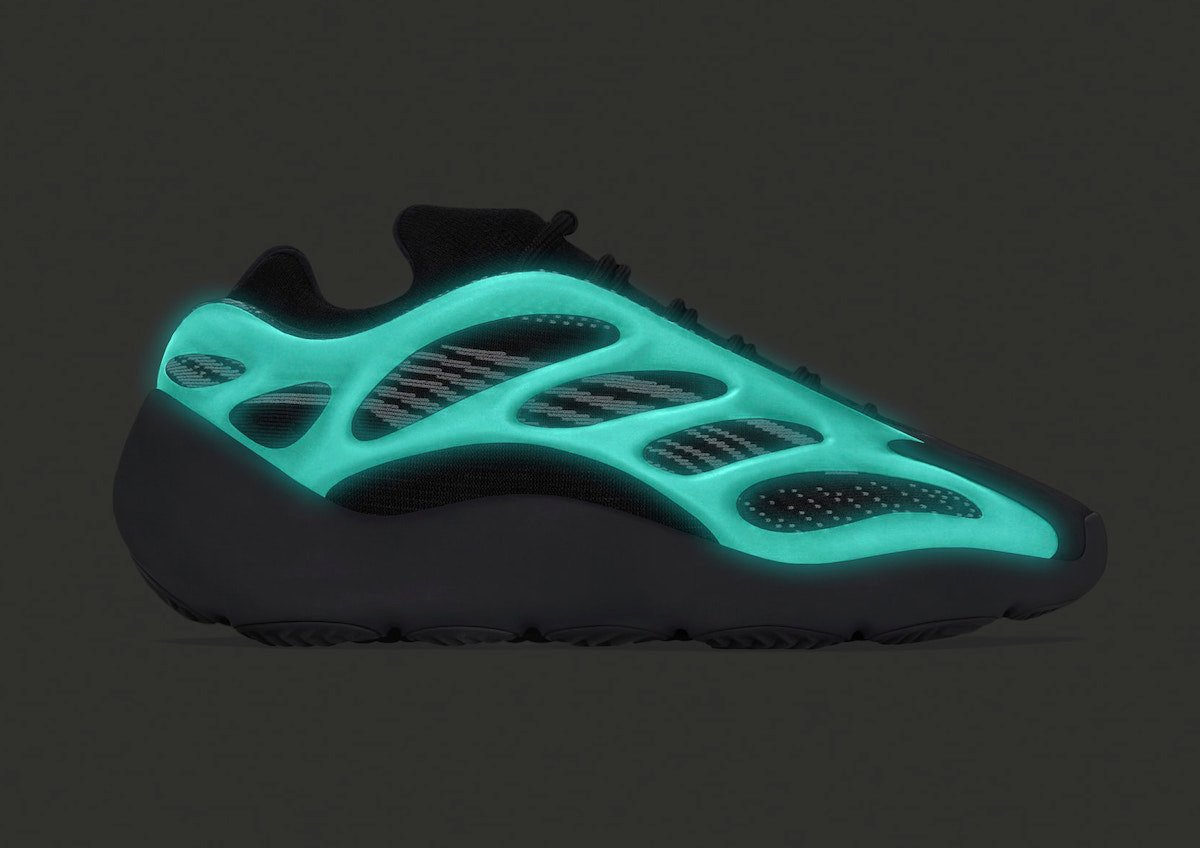 Looking closer, this adidas Yeezy 700 V3 comes with Black across the upper while constructed with Primeknit. Next, the rubber cage overlay will glow-in-the-dark. Lastly, the pair features an EVA foam midsole instead of Boost.

You can expect the adidas Yeezy 700 V3 ‘Dark Glow’ to release at select retailers and adidas.com/Yeezy on August 2nd. The retail price is $200. Below, you can check out more images that will give you a closer look.