HomeAdidasadidas Soccer "All In or Nothing" Ad

adidas Soccer “All In or Nothing” Ad 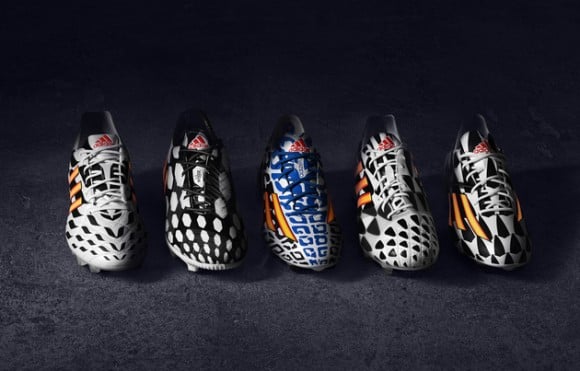 Excitement is starting to peak with only about two more weeks until the FIFA World Cup! To mark the journey to the big event in Brazil, adidas created their own collection of footwear, titled the “Battle Pack.” Today we’re getting to check out the adidas Soccer “All In or Nothing” ad, featuring the “Battle Pack” footwear. The “All In or Nothing” ad follows celebrity players from the gym, practice field and treacherous voyages through rival team cities, to the final showdown on in the stadium. Adidas Originals partner, Kanye West, also plays a role in the ad by providing the music accompaniment. Check out the ad below, and get ready for a wild show come June 14th! If you’re still trying to get your hands on these kicks, head over to the adidas online shop today and get your pair before they’re all gone!