With league-wide integration of a new performance technology – adidas micoach Elite System – the team data-tracking system will provide coaches with real-time performance metrics on the field of play including player position, power output, speed, distance covered, intensity of play, acceleration and GPS heat mapping. Set to launch in time for the beginning of the 2013 season, all 19 MLS clubs will represent a new generation of sports and technology.

The announcement comes just ahead of Wednesday’s 2012 AT&T MLS All-Star Game and is sure to spark up talks around the world as the miCoach Elite System “includes a small data cell that fits into a player’s base layer in a protective pocket on the back between the shoulder blades. Connected by a series of electrodes and sensors woven into the fabric of the base layer, the cell wirelessly transmits more than 200 data records per second from each player to a central computer and then is displayed in a series of simplified insights and results on the coach’s iPad.  At the touch of his fingertips, a coach can monitor the workload of an individual player, compare one athlete with another or view the whole team to gain a complete picture of the squad.”

What does this mean for the future of sports and technology? See more of this system’s devices view a preview video below. Read more at MLS. 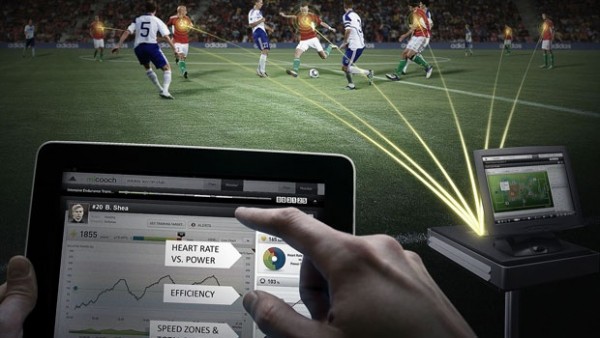 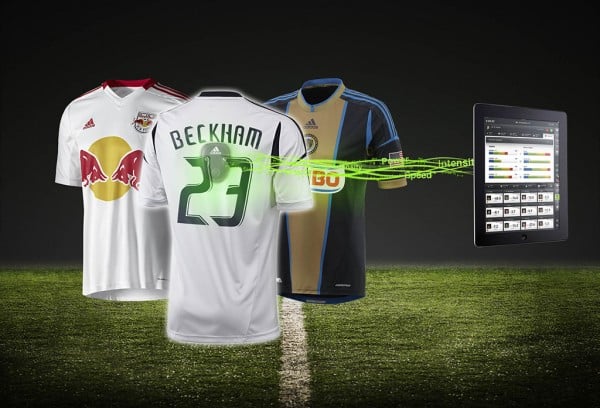 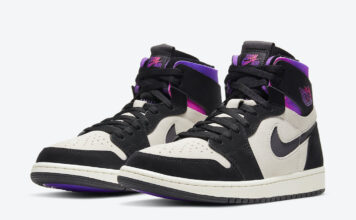 Nike Air VaporMax Plus in Black and Royal

This Nike Daybreak is Inspired by Coffee

Nike Air Max Plus Releasing in Black and Yellow