The Puma TX-3 was a high-performance running shoe that originally released in 1985. It was made using pig skin and mesh, with reflective parts for higher visibility at night. 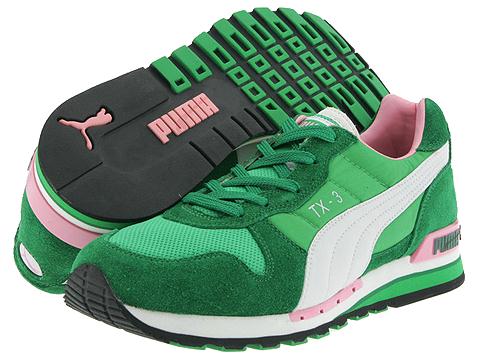 The tri-density innersole was removable, making the Puma TX-3 very advanced. The look was stylish as well, with a treaded outsole for extra grip while running. The Puma vamp branded the TX-3. The Puma TX-3 was reissued in 2004 in various color ways.