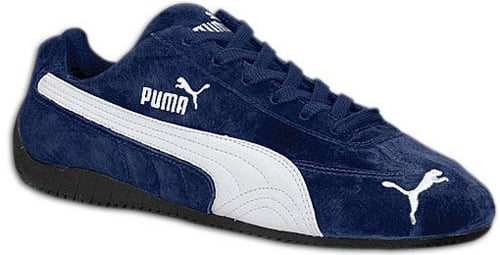 Many different color ways have been produced for the Puma Speed Cat, with black and white being among them. The Puma cat appears on the tongue and toe guard. Whether on the race track or the streets, the Puma Speed Cat gets attention.