Although many people think the Nike Dunk SB Low Zoo York is a SB, it is in fact a SP. A collaboration with famous skate company Zoo York, this model released in 2002, around the same time the Nike SB line launched. Same fat tongue and thick padding was featured on the Nike Dunk SP Zoo York. Back when Danny Supa was on Zoo York, his deck contained the same pattern on the Dunk SP/SB Zoo York. 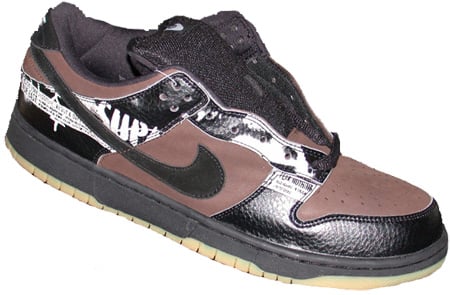