Supreme first teamed up with Nike to release two Dunk SB’s with inspiration coming from the Air Jordan III. The black and red Supreme Dunk SB is one of the two and is one of the hardest shoes to find in almost any condition. Being released only at Supreme in September of 2002 made it hard to get because Supreme was only located in Los Angeles, New York and Japan. The Nike Dunk SB Low Supreme Black and Red were limited to 500 pairs and were released in the same month as the white and blue version. 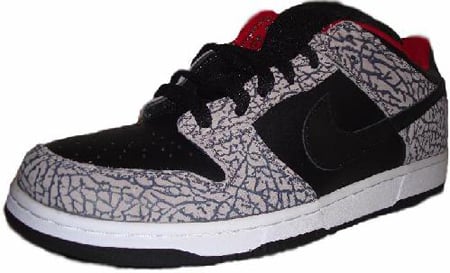