The Nike Dunk SB Low Paris released for the White Dunk: Evolution of an Icon art event in Paris. With that in mind, the Nike Dunk SB Paris only had 202 pairs released, making them extremely hard to get your hands on. Sadly the Paris Dunk SB did not release at the Exhibition because of so many people waiting.

Colette and Opium are amongst a few to resold the pairs later. Each pair is unique, not two pairs are the same. This was due to the artwork of French painter Bernard Buffet, and Nike cutting the canvas differently. 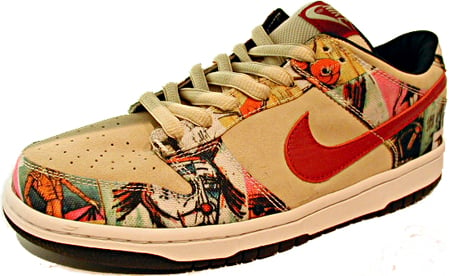