For those unfamiliar with the Mexican holiday, Dia De Los Muertos, it translates to the day of the dead. The purpose of the holiday is to remember those who have passed away. The holiday was the theme of Nike SB’s Dia De Los Muertos Dunk SB. It features holiday inspired graphics on top of a purple, orange and black color-way. It was released in November 2006 in only Mexico and Canada. 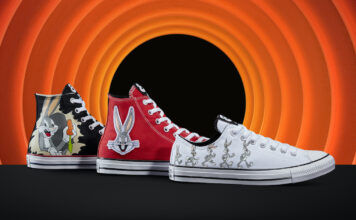