Released October 2002 is the Nike Dunk SB High Bison Wheat, apart of the Second Series of SBs. At a first look, this sneaker was a great fall shoe, but later the price for the Dunk SB Bison Wheats sky rocketed. One of the few Dunk SB Highs with a stuffed tongue. 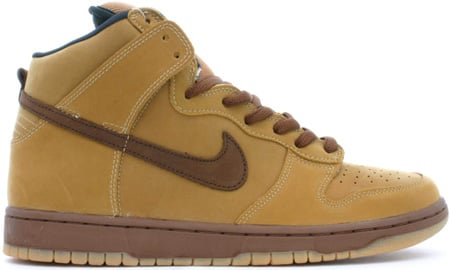