The Nike Dunk SB Red Supreme is seen as one of the staples of Dunk SB creations. It is the second series, first being the white/black and red/black Dunk SBs being released in the orange box. Released only at Supreme New York and Tokyo in July of ’03, Supremes are one of the most treasured collaborators with Nike and definitely a house hold name for sneaker heads all across the world. 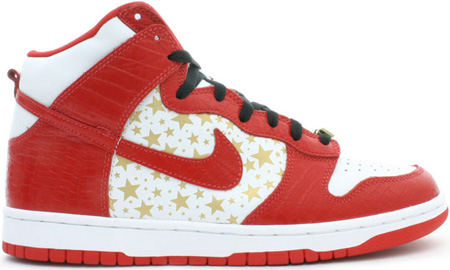