The Nike Dunk SB High Supreme Orange is one pair in a three part series. The Orange pair from the Supreme high series was popular, with a release only in Japan and USA. You could only buy at Supreme locations on the release date which was in August of 2003. Prices now go from $500 – $1000. 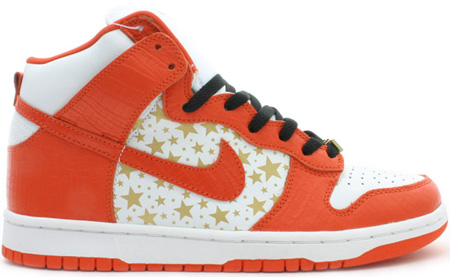