The Nike Dunk SB High Pee Wee Herman was design after the actors attire, the red ribbon and Grey suit. Funny thing, Nike SB made a fallen heroes pack, which the Pee Wee Herman dunk is apart of. On the insole, you can see a outline of Pee Wee in a movie theater, which we all know the story behind it. 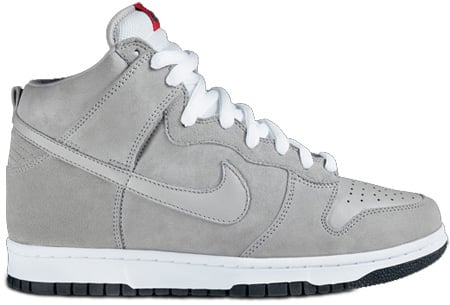