Nike Dunk SB High Be True to your School

To mark the 20th Anniversary of the college issued Dunk Highs by Nike, the original Syracuse, UNLV, Michigan, Villanova, Kentucky, Iowa, and St. John’s shoes were re-released as apart of the “Be True To Your School” with some adjustments. One of the seven college Dunks is the Syracuse Dunk Highs which features a Orange suede and White color-way, unlike the originals the new retros featured suede instead of leather. The UNLV Dunk Highs featured a Red suede and Grey color.

Nike Dunk SB High Be True to your School 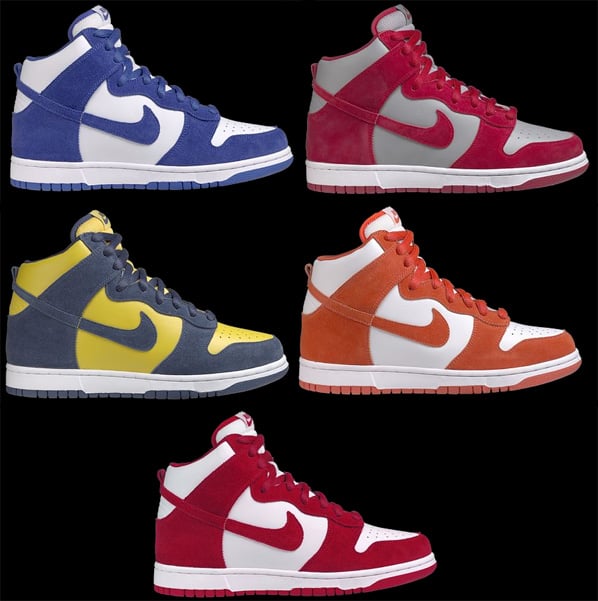