Made up of a magnet and light poison green color scheme, the Poison Green Nike Dunk SB Low was released in September 2008 with an appearance similar to the unreleased Loon Dunk that was scrapped years ago. Featured is black paneling with a light poison green swoosh and pink on the inner lining and tongue. The Nike Poison Green Dunk SB Low was released in September of 2008, but is long gone since then. 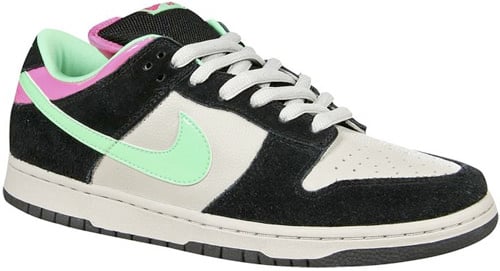