It has been years since Nike released their classic Futura Dunk SB Low, but brought back the iconic color scheme in high top form. The sneakers are strikingly close to the Futura Dunk, which justifies its “Un-Futura” nickname. However, the Nike Dunk SB High Un-Futura does feature minor adjustments like the shade of blue of the back heel panel, but does retain other colors like anthracite and metallic summit white. The Un-Futura Dunk SB was released in August 2008 sold at most Nike SB accounts. 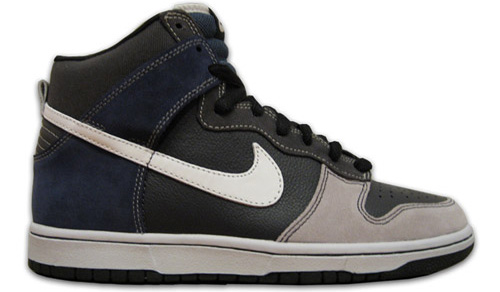