Nike SB created a movie themed series of releases that sprang up in 2008 and included hits like Ferris Bueller and classic skateboarding flick Thrashn. The Nike Thrashin SB Dunk High Premium incorporated the movie’s poster that included Corey Webster holding a skateboard with a spider on it. This design is worked into the upper, which features a silver spider web like pattern on top of black panels. Other references to the movie include vibrant colors like those found on the gradient swoosh. The Thrashin Dunks were first sold in May of 2008 hitting most retailers. 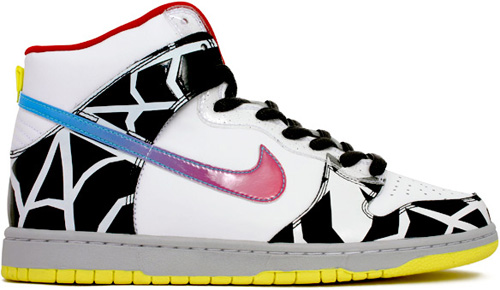