Mathew Brodrick’s role as Ferris Bueller in Ferris Bueller’s Day Off is almost unforgettable to those who have seen the classic 80’s movie. Nike SB pays homage to Ferris Bueller with the creation of a Dunk High in May 2008 that was modeled after the movie poster. The most noticeable aspect of the Nike Dunk SB High Ferris Bueller is the leopard print inner lining and tongue that is taken from Bueller’s vest. Also featured on the Dunk High is a combination of boulder, white, black and red accents. Like most 2008 releases, the Ferries Bueller SB Dunk High found wasn’t hard to find and sat on the shelves of retailers for quite sometime. 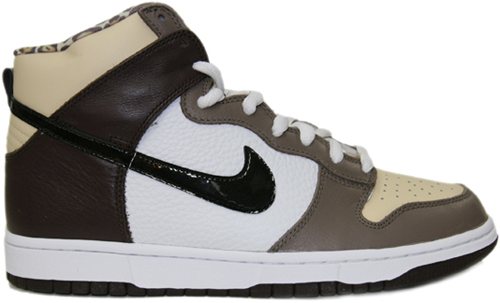