Undefeated has always been known as one of the top retailers for sneakers, but really made its mark in 2005 appearing in the Clerks Pack alongside its neighbors, Stussy and Union. The colorful Nike Dunk High Undefeated created for the boutique consists of blue reef, cotton candy, black in addition to the other colors not listed on the box, brown and green. The Nike Undefeated Dunk High were originally released in 2005 being sold exclusively at Undefeated, but occasionally can now be found online for around $200+. 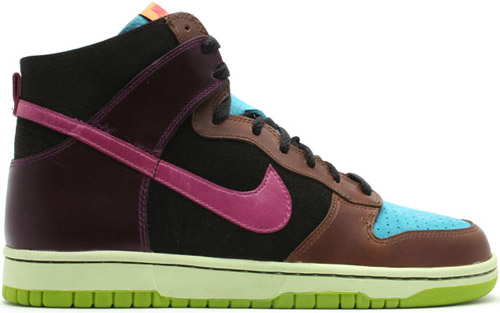