In 2004, Nike released the Artist Series from ESPO, Halle Barry and Pharrell of NERD. The hip-hop artist was featured in the series representing music while the other two figures were chosen for their field. As for the Nike Dunk High Pharrell inspired by the trendy artist, the majority of the sneaker is made up of black snakeskin while metallic silver is found on the swoosh alongside red laces and a translucent sole. The sneakers are finished off with Pharrell’s logo on the heel. Although the sneakers were sold at the likes of Alife, Stussy, Undefeated and other retailers, they are long gone by now and carry a $500+ price tag. Only 1050 pairs exist. 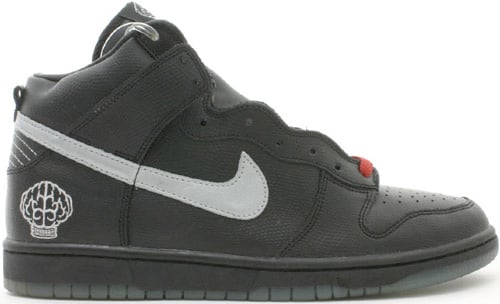