Back on the court after taking their first NBA Championship Title, 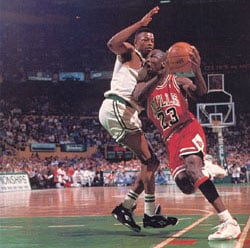 Michael Jordan and the Chicago Bulls returned with a vengeance as they rolled through the regular season with a winning record of 67-15.

The Chicago Bulls were now on their way to a second straight NBA Championship Title. In the NBA Finals, Mike and the team met with the Portland Trailblazers and took the Title with a 4-2 victory.

In three of the Bulls’ first four games, Michael hit the 40-or more points mark and led the team in scoring in a total of 69 games. The Bulls led the NBA by 10 games. Michael’s averages for the regular season were as follows: 30.1 points, 6.4 rebounds, and 6.1 assists per game. 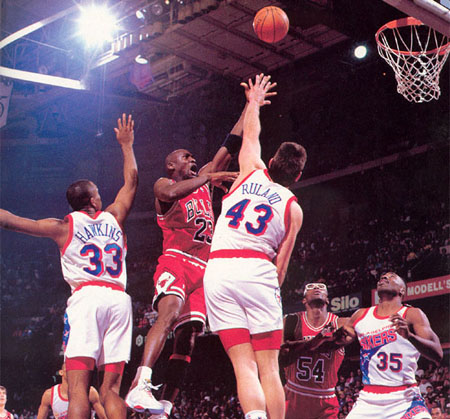 In the first round of the NBA playoffs, MJ and the team destroyed the Miami Heat 3-0 in the series. The Conference Semis, on the other hand, was a much tougher chore as they had to battle it out with the New York Knicks for seven games before winning the series 4-3. In the Conference Finals, the Bulls had to face the Cleveland Cavaliers, and after fighting it out for six games, they came out with a victory of 4-2.

Once again, Michael Jordan was the NBA Finals MVP and averaged 34.5 points, 6.2 rebounds, and 5.8 assists per game for the postseason. Mike went on to play for the U.S. Dream Team in the Olympics and won his second Gold Medal.

1992 Olympic Appearance
Coached by Chuck Daly of the New Jersey Nets, the 1992 “Dream Team” was the first time that Olympic basketball was open to professional athletes. 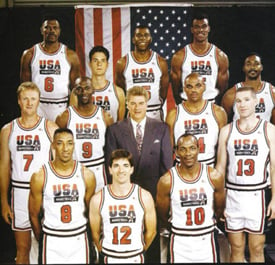 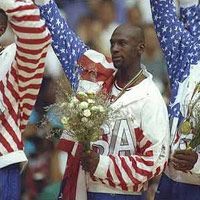 The 1992 Dream Team has its own unique spot in history. US Coach Chuck Daly says of the ’92 Dream Team: “You will see a team of professionals in the Olympics again, but I don’t think you’ll see another team quite like this. This was a majestic team.”

Those words were deemed to be true, as no US Olympic basketball team was able to duplicate the performance of the ’92 Dream Team.