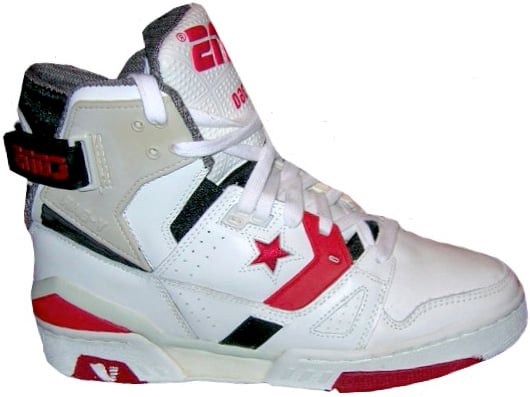 Some can say the Converse ERX 360 was a step down from the 400, but either way this was a solid pair. Converse got a little creative with their logo, the traditional star is on the side, but they integrated the arrow into the lace loop. For ultimate support, a strap is located at the heel of the ERX 360. This pair was also released in several colorways.