Converse would allow their players to almost have a free run of whatever shoes were new at the time, in 1987 the Converse ERX 260 was one of the hottest. 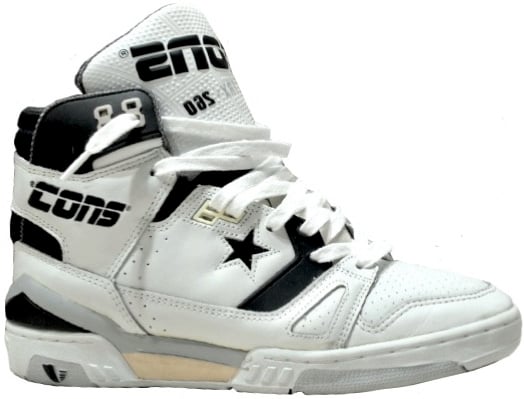 Both Magic Johnson and Karl Malone wore the Converse ERX 260 during the 1987-88 NBA Season. Fulfilling the masses, Converse released many colorways, but the majority had a white base. Almost steering away from the Converse branding, the word “Cons” is seen throughout.