Released the same year as the ERX 260, the Converse ERX 200 is somewhat of a step down, but nonetheless was worn by Karl Malone. 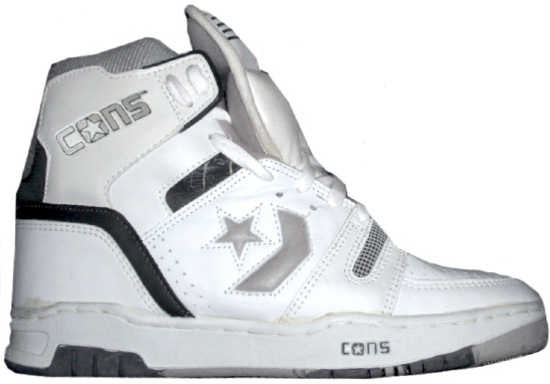 The Converse ERX 200 released in 1987, and has minimal change from the ERX 260 which the lace loops starts higher, thicker tongue, mesh by the toe box, and a redesigned midsole. The ERX 200 is made for the bigger player, with a high top silhouette and all around extra padding, especially in the collar.