In 2007, many were disgruntled about the fire red retro Jordan 3 release due to the coloring not being exactly like the original. But since this shoe is a classic, in about 4 days you could not find them at your traditional sneaker shops. 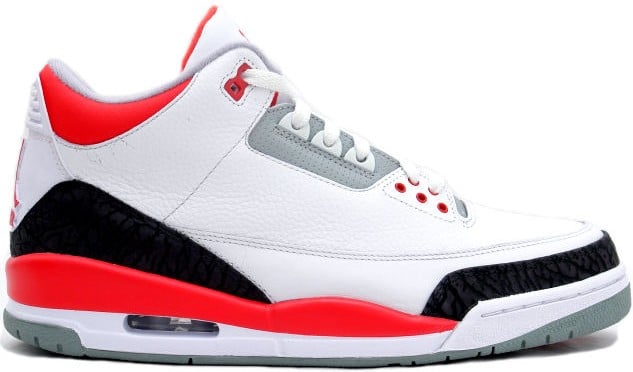