Sneakerheads were taken aback by the all black Air Jordan 3 called Black Cat, but did well in stores.

Inspired by the way Michael Jordan moved on the court, the Black Cat Air Jordan 3 2007 retro featured all black but had hints of charcoal. 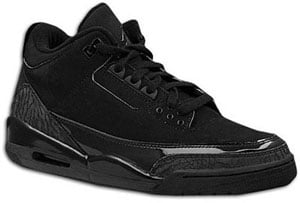