The Air Jordan XV (15) was originally introduced in the year 2000, a model that follows a very respectable and highly regarded collection of sneakers in the of the past 15 years. One of many color-ways released at the beginning of the 21st century was the Air Jordan 15 (XV) Original Flint Grey / White. 2000 yielded a diversified variety of different color combination, but none stand out as well as the Air Jordan 15 (XV) OG Flint Grey and White model which was originally released on April 1st, 2000 and sold for $150. 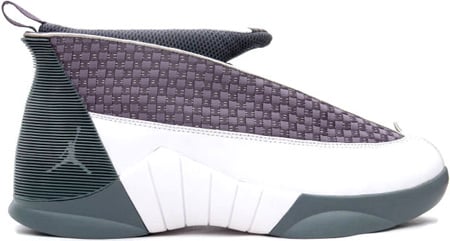