The first official global General Release Air Jordan XX3 (23) is in Black/Varsity Red-Stealth, which releases a week after the All Star Jordan XX3 on February 23rd 2008. This Air Jordan XX3 in Black Varsity Red is made famous by Michael Jordan holding them with a matching striped suite. 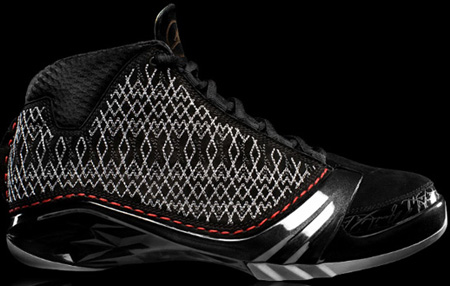