The upper is made from patent leather and other high-quality leathers. The technology of the future is what sets today’s sneakers apart from past Air Jordans, and the Jordan 2K9 (2009) S23 Black Gold is proof. Articulated Propulsion technology is present for enhanced performance, and an ecologically-friendly design makes the Jordan 2K9 (2009) S23 Black Gold cool for us environmentalists out here too. 1,005 pairs released in the United States, while 1,004 pairs released to different Countries, which in total equals the number 2009. 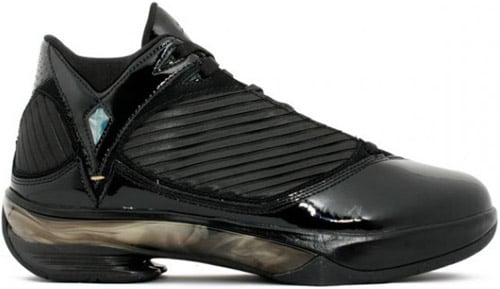