The Jordan 2K9 (2009) White Stealth is ready for the court with its Articulated Propulsion Technology, which is most famous for its use on the prosthetic limbs of Olympic athletes. The satin sheets on the side panels are inspired by those worn by fencers, reminding players that defense is of utmost importance on the court. The Air Jordan 2009 (2K9) White / Metallic Silver – Black looks good off court too with its simple, futuristic look. 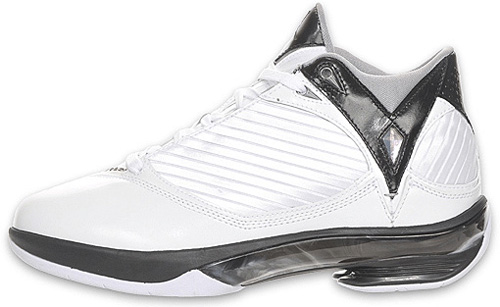